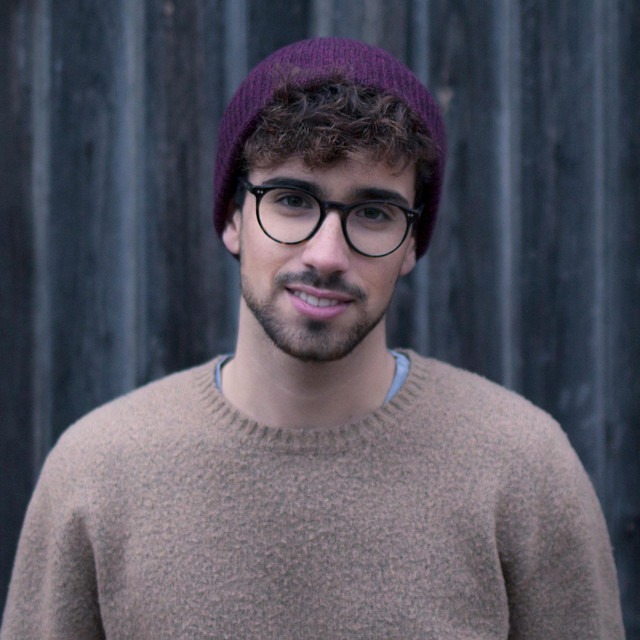 Barcelona-native, 22-year-old Jay Blanes moved to London in July 2019 to become a full-time musician. Passionate about many genres, such as pop, jazz, indie, rock or R&B, Jay decided to refocus his efforts on commercial indie-folk and the result is his new E.P. ‘Fireworks’. We caught up with him to learn more.

Hi there! I’m excited to be back at The Yorkshire Times! I hope you are doing great.

Fireworks is the result of a recent steep growth as an artist, especially over the last year. After my debut EP “Found in April", I went into a phase of experimentation and constant improvement, releasing songs that went from a “cool jazzy vibe” to sad indie ballads. This EP seeks to position myself in the music scene with a more defined sound, with a better songwriting and, all in all, a stronger personality, although I’m still working on that.

Fireworks comprehends 5 songs, three of them being beautiful indie-folk ballads/downtempo songs about regret, nostalgia or anger and the rest being happy, upbeat, folk, “flirting” songs. The title comes from the first track in the album and encompasses this mix of positive and negative, happy and sad, upbeat and downtempo moods.

Lately, releasing has become less of a stressful experience and more of a peaceful one. I am starting to believe my music stops being mine in the moment I release it. So now this EP belongs to everybody and there’s little I can control. All I can do is enjoy the reactions of the audience and watch how the songs become theirs.

The idea to release an EP came to me at BBC Introducing Live, while listening to some industry experts. I realised I needed something bigger than a single to consolidate my sound. I always have songs waiting to be released, so I gathered 5 of them and went all in.

I wrote Fireworks, the first track, when I realised I had been building castles on my mind but the girl only wanted to have fun. “Natalie” is about this journalism student I fell for in Los Angeles who I had a magical date with but I didn’t see much more because she was going back to San Francisco and I was returning to Spain. “There Was A Song” tells a story I came up with in my mind, stepping in the shoes of someone who is going to war and has to say goodbye to their lover. “Take You Home” is a song to break all this emotional weight and dance, while “I’m Sorry” is the deepest one. It’s a song I wrote after I reached out to my ex - to apologise - and she told me she didn’t want to know anything about me.

I have found lately that I need to have something to say before sitting to write. So when that happens, I start messing with my guitar or piano and look for a message to come across. Lyrics and music come together, although I spend more time refining lyrics after the big picture is drawn. Once I have the song, it’s production time. The great advantage of doing it on my own is that I have come up with my own, unique and authentic sound. I did all you can hear so it can’t get any more honest than that.

That is so hard. I’ll say a bi-polar panda.

I have been surrounded by music since I was born. I still remember listening to “I Love You” by Barney or “Scales and Arpeggios” from The Aristocats as a 4 year old.

What was the first song you bought? And the first album?

I believe the first physical album I bought with my own money was Right Place Right Time by Olly Murs. I must say I have always been consuming music via streaming services so I think I didn’t purchase that one until I was 17.

I have been to a couple Ed Sheeran shows and what he does is out of this world. Then there’s another musician who comes very close, Ramon Mirabet, who performs in Catalonia mostly and he surprised me a lot when he jumped off the stage and performed completely unplugged in the middle of the audience.

From Ed I’ve learned how useful the looper can be. I started using it while busking at Trafalgar Square and now I have begun rehearsing my own songs with it.I also took that idea to perform unplugged in the audience from Ramon Mirabet, which creates a magical atmosphere.


Also by Jeremy Williams-Chalmers...
Eivør - SeglInterview With Lucie JonesTom Aspaul - Black Country DiscoBright Light Bright Light - Fun CityInterview With Julia
What other artist are you most excited to hear from?

Lauv, Jonas Brothers, Coldplay, Kodaline, The Script, Pablo Alborán… there are so many!

I dream of working with Andrea Bocelli. I’d love to record a fully orchestrated ballad with him like Dua Lipa has done.

Damien Rice, for his honest, authentic, beautiful and raw songwriting. Coldplay, for their uplifting messages and thrilling production. Ed Sheeran. I don’t think that one needs any explanation.

It would be so insane to jam with Frank Sinatra…

A movie with a lot of weight in my life is La La Land so I will say Ryan Gosling!