2020 has been rather tumultuous for Netherlands based, Suriname born musician Jeangu Macrooy. Having relocated to the Netherlands back in 2014, he released his debut album High On You in 2017 and was shocked to discover his emotionally tender song, Grow, had been selected for this year's Eurovision Song Contest. Having always been aware of the competition, he had entered the song, but 'didn't have high expectations' given that so many other songs were also submitted. To his delight he was selected and announced as the representative of the competition just a couple of weeks before the cancellation of this year's competition.

While he admits that the positive initial response to the song was overwhelming, he 'hadn't really had time to process everything as it all just happened so quickly.' With the spotlight firmly on him, he knew that the raw and real nature of Grow had really formed a connection, but he hadn't yet reached the competitive stage of the festival by the time the cancellation. That being said, he is very aware that was he has released into the world is a powerfully positive moment that connects and unites people through the honesty within the delivery and lyrical content. "I really think there is something special. I had written lots before Grow, but this was a new level for me. It was very true, I hadn't been so honest about myself on a song before."


Also by Jeremy Williams-Chalmers...
Interview With Tommy O'DellInterview With Kev SherryRufus Wainwright - Unfollow The RulesMargo Price - That's How Rumors Get StartedRhys Lewis - Things I Chose To Remember
With the Eurovision Song Contest having evolved hugely on a musical level over the last few years, there is no doubt that songs with real heart and depth have started to really shine. So, did Jeangu dare to dream that if he opened up his soul that he could just win? And if so, who were his competitors? Clearly a modest and humble guy, it is clear that the passion to win is there, but he is not a man who counts his chickens. But what he will admit is, 'the emotional connection in the performance of the song is what gets people to pick up the phones and vote." Equally, he doesn't select a winner, it could have easily been him, but that isn't important. However, he does love the entries by Iceland's Daði og Gagnamagnið and Bulgaria's Victoria - the latter of which he delivered a stunning rendition for the Eurovision Home Concerts.

Although he won't be waiting a year to release new material, whether that is one song or two, he is already feeling the pressure of delivering a second Eurovision song. "When I wrote Grow I wasn't thinking about the Eurovision. I submitted it for the competition as I always wanted to be on that stage. I am writing and creating all the time, but I won't write a song for Eurovision." Of course he will, but only by returning to the core integrity of his honest output, he will be able to craft something as powerful as Grow. 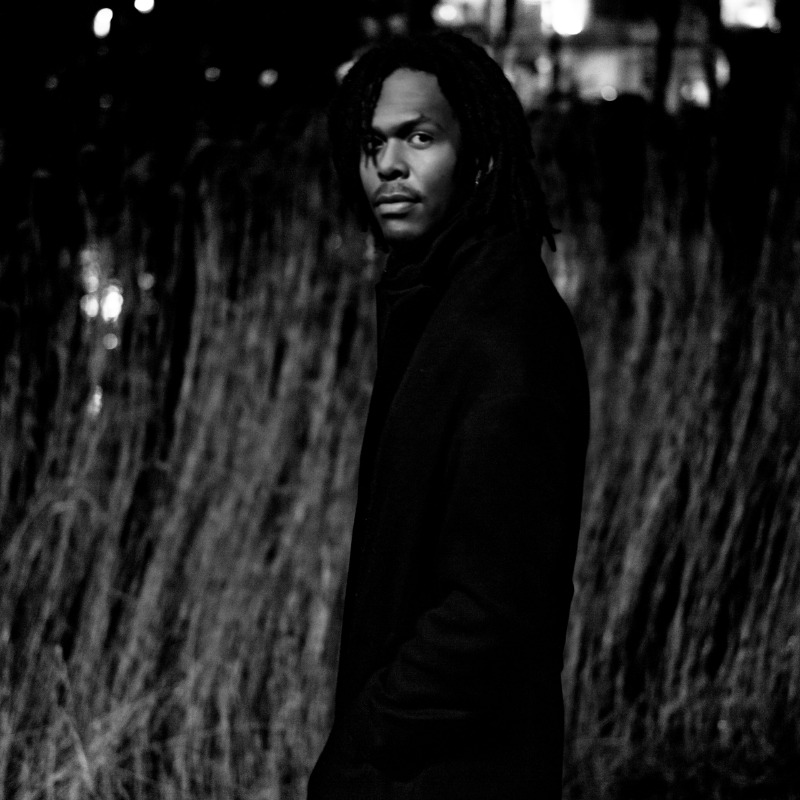 With the Netherlands now returning to 'normal', with schools and restaurants reopening, there is a light at the end of a challenging period. But in this period, a reflection and sense of change has brewed. The world is discussing fundamental changes that need to happen and Jeangu feels that it is only natural that artists have been at the core of the revolution. As an artist he has used his platform to speak out, using the personal to channel the political.

His debut single, Gold, released back in 2016, draws inspiration that echoes the Black Lives Matters debate today. Hailing from Suriname, a former colony of the Netherlands, there is one day a year when he feels far from at home in his adopted country. On the 1st July 1863 the Netherlands abolished slavery. In Suriname this is a huge day of celebration, yet in the Netherlands it passes by relatively unnoticed. Exploring the internal battle of someone living in freedom and relative fortune these days with the history that shapes him, Gold is a powerful and thought-provoking moment. "We didn't release a video for the single at the time, but we will be releasing a live video of it."

Equally, as an openly gay performer from a country where gay rights are still a slightly taboo subject, he has frequently used his platform to be heard and represented and hopefully provoke change. The response from Eurovision fans the world over, who still suffer in silence with hidden identity have reached out to him personally and he just hopes his platform can grow to allow this to have greater impact.

Does he dare to dream big? He does, he has always wanted to be an international star, but now he knows why he has dreamed. He wants to use his voice and his platform to continue to positively impact others and forge human connection with those that need an extra support.

2020 may have been a tumultuous year for Jeangu, but there is no doubt the twists and turns have further fed into his inspiration and will be delivered to the world through the medium of magical music once he has processed everything.