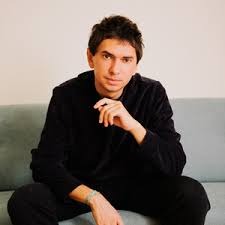 A decade has passed by since Julian Le Play released his debut single, albeit under his birth name Julian Heidrich. Two years later he debuted with his stage name and found his audience. His debuted album stormed to #5 in the Austrian charts and since then his recording career has gone from strength to strength. As he releases album number 4, Tandem, which features collaborations with toksi and Madeline Juno, we caught up with him to learn a little more...

I’m really good, since I’m gonna release my 4th album after 4 years. It’s finally all coming out and that's a sick feeling.

My record is called TANDEM, because it is about doing things together, sticking together and being there for each other. It’s a very positive & adventure loving album with lots of big hooks and lots of beautiful little melodies. I composed it together with a lot of good friends in a small wooden house up in the alps of Tyrol, Austria.

On one hand i feel really relieved and happy because I've been working on it for so long and finally my fans get to hear all these songs.. On the other hand sometimes it’s also a bit sad because it is sort of the end of a long chapter in your life and you know that as soon as the record is out, you’re gonna work on new music soon. Normally you get to play these new songs on a tour, that’s gonna be delayed a lot this time.

Honestly: all these different people that i was working with.

Of course there are a lot of personal thoughts and stories but since it was the first album on which i collaborated a lot with other writers, producers and artists i think i can say that each of them has had a big impact on the stories and the music.

I think it would be a group of dolphins, having a good time in the sea.

I think it was Laith Al Deen's "Bilder von dir".

That must have been Sugababes or Westlife or some other boy or girl group.

They got such a nice mixture of grand and epic moments and then those intimate, goosebump moments. Since then i tried to sort of give my audience a journey instead of giving them more and more of the same, song after song.

I love Dua Lipa, Honne, LAUV or Kings of Convenience.

Maybe for once a song without lyrics, that would be interesting one day. Just let the music speak.

Say A Little Prayer - I just love that song.

Zach Braff (JD in the Scrubs)