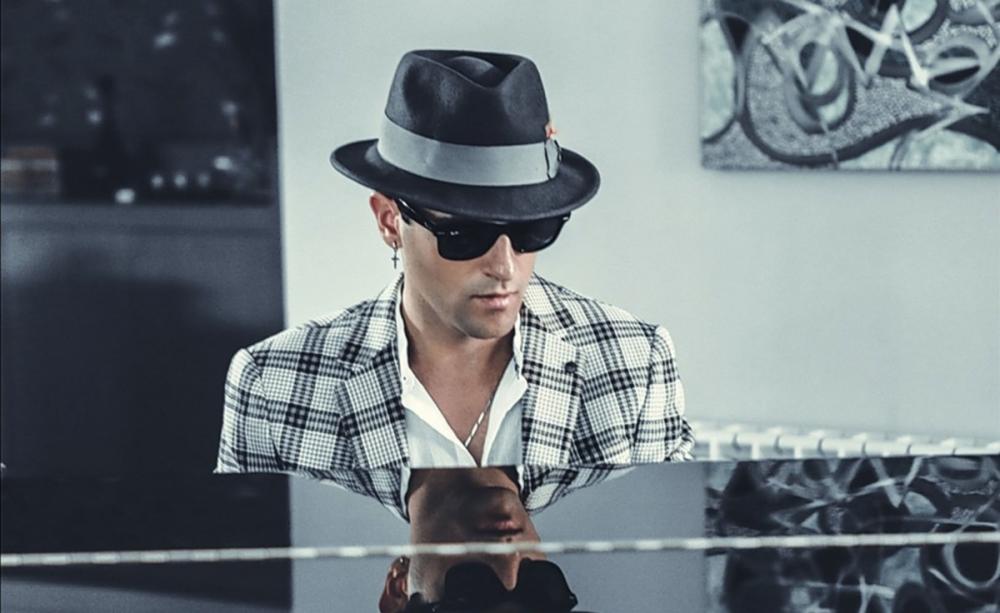 LEX is a musical ‘character’ created by the talented and multi-faceted pop/rock Spanish artist Alex Ayora. LEX really does encompass it all - not only is he a renowned singer and composer in his native country, he is also a multi-instrumentalist playing guitar, bass, drums and piano who has worked with a plethora of other artists and big brands. He has just released his latest single Unlucky, so we caught up with him to find out what songs make him...

Hello, I'm really good. Thank you for having me. I hope you're well too.

My last release was Unlucky which is a Pop Rock Ballad inspired on heartbreak. I feel nervous, happy and really excited about it. Releasing a song for me is a gift, because it means I'm keeping alive doing what I enjoy the most, which is create music.

Unlucky is the saddest song I ever wrote. I started writing it five years ago with my brother. It talks about the sadness of a heartbreak. I started writing the verse playing the piano. I usually create the melody and the chords before the lyrics because it gives me the freedom to taste all the colours and possibilities for it. It was really fast the way Unlucky was written. I wrote the verse and the lyrics in a couple of hours and then I showed it to my brother, who helped me with the choru , so I think we had the song and the main idea in just one day. Some songs come to us very quickly, you just have to have the inspiration and the love to make it yours at that moment. Unlucky was very special to write and had a very soulful recording process. I recorded it at La Sucursal in 2015, with Tato Latorre, one of the best music producers in Spain. His manager loved the song from the first play and he decided Tato could be the right producer to work with. The recording was magic. We had a blast working and learning with him.

I'm a very creative person, sometimes it becomes a problem because you don't stop creating the whole day and you're hearing music in simple sounds of the life and nature, and you can't separate the reality from the creation. Anyway, I'm very grateful to be so creative and have been spending the big part of my time on it all these years. I usually compose alone or hand to hand with my brother. Sometimes the inspiration comes and other times you have to push yourself to get the idea you were looking for. In my creative process I like to use piano guitar bass and a strong beat. It depends on the idea but that would be the first step. My creative engine works through emotions, feelings and sometimes through simple lyrics ideas. Then after that I like to let it comes ideas from my musical knowledge in terms of harmony, scales, arrangements...All these aspects always enrich the music production. The last thing is to take it to the studio and do some magic with it.

A lion. It means power, loyalty, dignity, justice, ferocity and it related to the sun. It would be the animal in my music.

You Fool no One from Deep Purple 's album "Made in Europe". It was one of the first rock songs I discovered. I feel in love with the electric guitar sound.

When I was a kid, Spotify and iTunes didn't exist yet, so the first song I bought on internet was"The Way I Are" by Timbaland.

"Fly on the Wall" by AC/DC. It amazed me at that time. It was like Wowww, these guys are pure electric power.

To believe in yourself. The confidence on myself is the most important thing.

I think the song would be strong hip hop beat mixed with a guitar funk riff.

Jimi Hendrix would be amazing.

I would have liked to write "Three little birds" by Bob Marley.

A musician who is extremely romantic and sensitive with braided hair, able to play the guitar, wearing hats or caps, and particular outfits. Perhaps, the next James Dean.

I would say how and when I started to dance with my guitar onstage. I call it " the guitar dancing" kind of a mix of techniques like heel toe or the happy feet. I've never revealed information about it.