Danish pop singer Lukas Graham had a worldwide hit with the track, 7 years when the song reached Number 1 in most countries around the world in 2016. Now the singer is back with a new single, Share That Love. I talked to the singer about the hit and his new track. 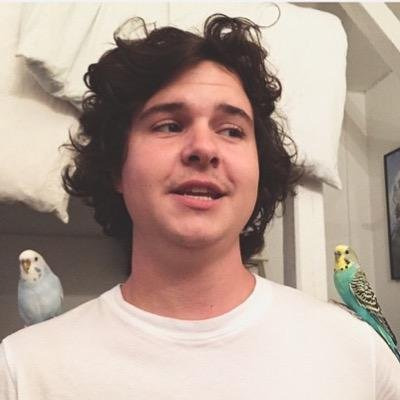 7 years was such a big hit for you all over the world how do you follow up a track like that?
I have been writing lyrics for songs since I was 12 years old and actual songs since I was 19 years old. Every song has its own life and I never thought that the song was going to be as bigger hit as it was. I’m very grateful for the success it brought me, the song took us all over the world. I think that the lyric to the song meant a lot to people too, I take a lot of inspiration from rap and folk music and if you listen to the lyrics of theses songs you will see that they are autobiographical.

Who were your influences growing up?
Everything really from The Clash to The Who, The Kinks. My dad used to listen to Elvis Costello a lot and when he was cleaning the kitchen he used to have The Prodigy on! He used to say to me that there were only two types of music - good and bad.

How did you spend the Lockdown?
It was really good for me as my girlfriend was pregnant and in April our second daughter Billie was born. Lockdown meant that I was able to spend time at home, fixing the house and of course hanging out with my family. We will never get that time back again so in a way it worked out well for us.

Your new single Share That Love features the rapper G-Eazy, how did that happen?
We toured together a few years back so we knew each other. I wrote the song during Lockdown, he asked to be on the track, it sounds very natural and it was a fun experience. I wrote the lyric as a rap and then added to them. I’m not sure how the song is doing in terms of radio play, I’m not really a numbers guy.

Do you like living in Denmark?
The weather is a bit like the UK, in that you have to be prepared for all weathers. In LA people love the sun but as it is sunny there most of the time they take it for granted, but I am super happy to live in Cophenhagen, I still live 2 blocks away from where I was born.


Also by Graham Clark...
The Vamps Announce Cherry Blossom TourRemembering Jaco - Multiquarium Big Band Feat Bireli Lagrene (Naive Records)Keeping The Faith - Paloma Faith Announces New Album And Northern ConcertsHaim Are Coming To Leeds And ManchesterLittle Mix Announce Northern Shows For Next Spring
Do you have any favourite places in the UK?
When we tour we get to see the country from the bus, but I remember coming to Leeds and playing gigs there, I had a walk around the city too. Manchester is always a good concert too. Ireland is special too because my dad is Irish and that is where I took inspiration from in the Folk music that Ireland is famous for.

What else have you got coming up this year?
Well the new single Share That Love is out now, I have a track coming out with country singer Lauren Alaina on her new EP, the song is What Do You Think Of? I love performing my own concerts so hopefully that will be possible soon, festivals I’ve missed too. People who come to see me at festivals may not know much about my music so it is a chance to impress them.

Share That Love is out now on Warner Brother Records