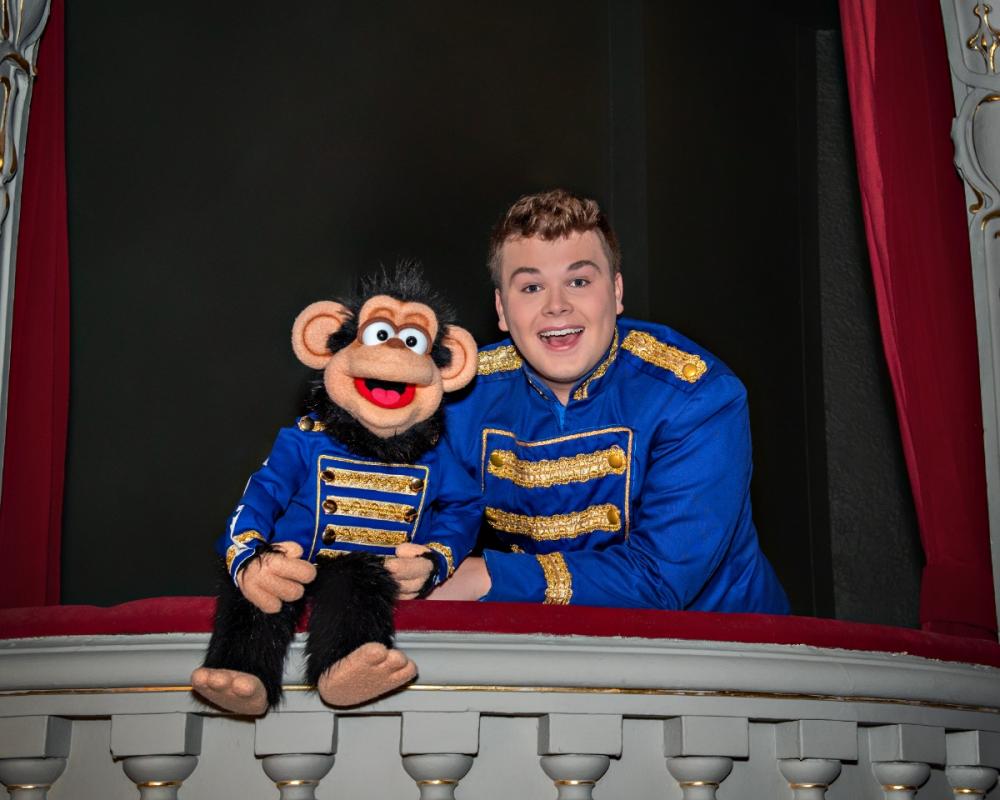 Max Fulham is playing Buttons (with a little help from Gordon the monkey) in Cinderella at York Theatre Royal from 3 December to 2 January. He’s played leading comedy roles in pantomime and was named Best Speciality Act at The Great British Pantomime Awards. He has created his own comedy series called Drivel Pedlar for his You Tube channel.

Any York or Yorkshire connections?
I have only been to York a few times and one of those trips was to visit the University on an open day. It's such a fantastic place and I am really looking forward to exploring it amongst the wonderful panto madness.

How would you describe your character Buttons in Cinderella?
Buttons is a loveable fool. He is also in love with Cinderella (but shhhh he hasn't plucked up the courage to tell her yet!). He also has a pet monkey called Gordon who is rather cheeky and likes causing chaos. 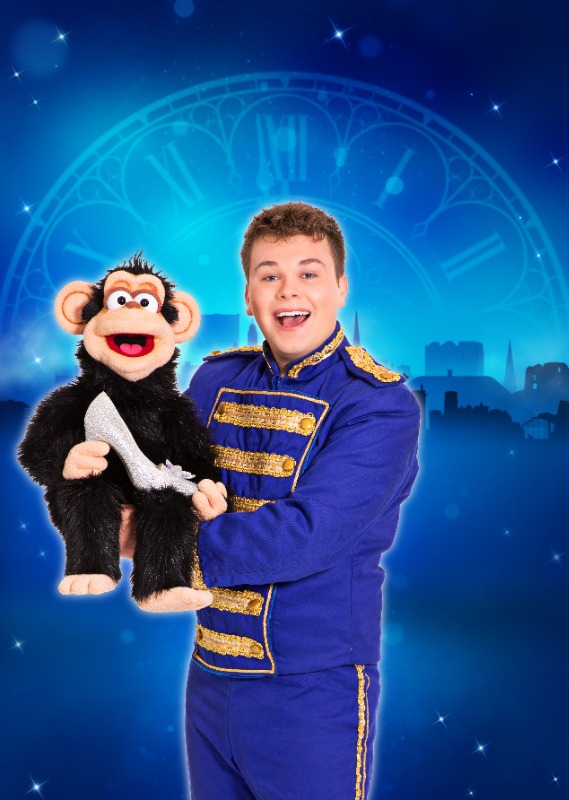 What was the first pantomime you ever saw?
The first pantomime I remember is Aladdin at Harlow Playhouse. I remember being completely enthralled by the spectacle of the show but also being petrified of the evil Abanazar. Pantomime is definitely one of the things that sparked my love for comedy.

What roles have you played in pantomime?
This year will be my fifth panto. The first three were all Aladdin so I have played Wishee Washee, Wishy Washy and Washee (despite the variation in spelling these are all pretty much the same comic role). I then played Jack last year in Jack and the Beanstalk in Lichfield which was a unique year as we ended up filming the panto for streaming due to restrictions. Gordon has always played himself. 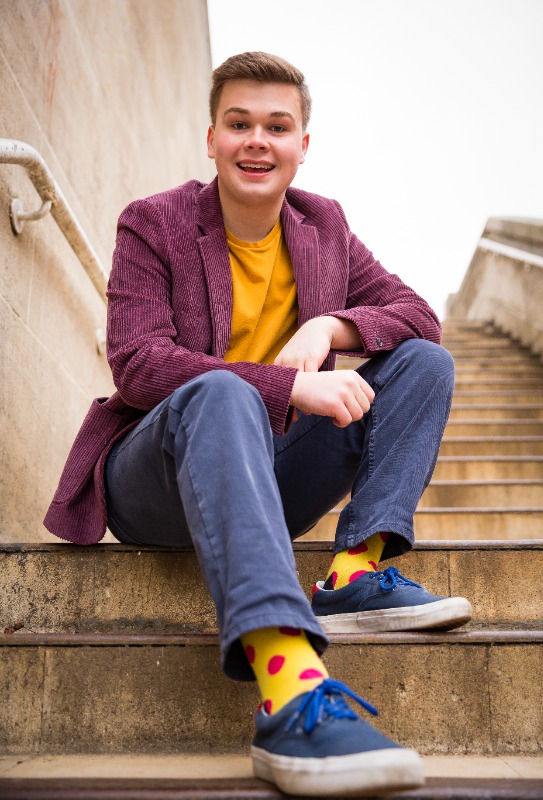 What's been your best moment in pantomime?
One of the things I enjoy most about pantomime is getting everyone laughing, regardless of age. It’s fantastic family fun. Therefore my best moments have to be all the funny things I've got to do, such as difficult tongue-twister routines (that often go wrong) and ridiculous slapstick slosh scenes where I've been covered in gunge, spun in a washing machine, gone through the mangle and fallen over... a lot.

…. And your worst moment in pantomime?
I did once miss my entrance into a scene which meant the stage was empty for about 5 seconds before I rushed on in a panic pretending nothing had happened. It still pops into my head sometimes, usually just before I drift off to sleep, thanks brain.

How did it feel winning best speciality act at the Great British Pantomime Awards?
It was an incredible honour even to be nominated for that award alongside so many other great acts. I really didn't expect it, and I know that is something that people say at awards ceremonies all the time but I really didn't. It was quite unique as well because it was an awards ceremony in the middle of lockdown, so when they announced I had won, I was actually sitting on the sofa eating crisps. 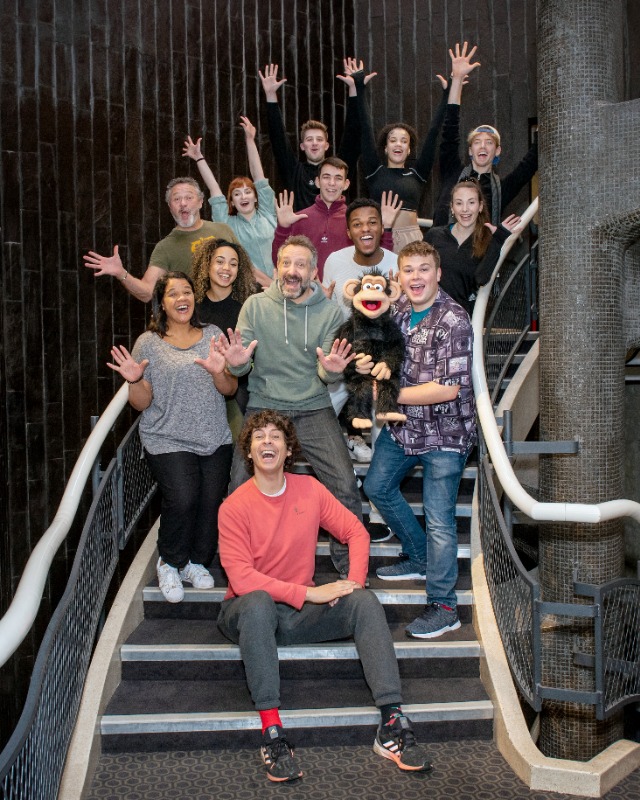 When did your interest in magic and ventriloquism begin?
I have loved performing and entertaining since I was very little, much to the confusion of my parents as I am not from a performing background. The first thing I got into was actually dance, not that you could tell now (let's see how well I deal with the choreography in the show!). I remember getting a magic set one year and loving the magic but becoming particularly attached to the rabbit puppet that came with it. My parents bought me another puppet when I was 9 for Christmas and it grew from there. I practised in front of my bedroom mirror after seeing a clip of a ventriloquist on YouTube and before I knew it I was entering the school talent show, with not even an inkling that it might one day be my full time job.

Are you still off to Australia in 2022 to play Muddles in Snow White?
At the moment, yes! What an incredible show that will be. I did wonder at first why it was in the middle of the year but then remembered that is their winter season. It will be amazing to bring what I do to a country I have never performed in before too. Bonnie Lythgoe and Christopher Wood have done a fantastic job of establishing pantomime down under.

Do you have any unusual interests or hobbies outside being an entertainer that you'd care to reveal?
Well, ventriloquism was my unusual hobby until that became my job. It is completely incredible being able to do what I love for a living and bring my nonsense to so many people. However outside of entertainment I do have some hobbies which include:
Putting PVA glue on my hand, waiting until it dries and then peeling it off.
Fish watching (like bird watching but wetter).
Buying the photos of other people on rollercoasters at theme parks.