Phil Gould was the powerhouse behind the drum kit on all the big Level 42 hits, but at the height of the band’s career he decided to leave the band. He has just released his first new music in ten years, single 'Beautiful Wounds', from his upcoming album of the same name. I talked to Phil about his time in Level 42, his solo career, and those memorable Leeds concerts.

Level 42 played a lot of early concerts at Leeds University, do you have good memories of playing there?

I do, the University gigs were in the middle period of Level 42. We used to play gigs at the Refectory at Leeds University on the same tour that would include bigger places, like what was the Hammersmith Odeon. Our lighting guy used to cram the same lighting rig into the Leeds Refectory Hall as we would play at bigger venues on the same tour. It was like a sauna in there, we used to do these two-hour sets too. I’m sure that they used to turn up the heating so that people would buy more drinks from the bar!

'Lessons In Love' and 'Running in the Family' gave the band big hits, what was it like then?

That was the last phase that I was in the band. We were doing four nights at the Hammersmith Odeon and had got to that big stage, and it was fantastic because we were having these big hits, but the playing and the concerts started to become a bit robotic. In the early days it was quite chaotic, but we got to a point where we had a series of hits - and the fans wanted to hear them.

Did you know it was time to leave the band?

It was getting difficult between me and Mark (King, bass player and vocalist), the band, I felt, had lost their way. I almost left before that when our fifth album came out. I was happy with our success, but I felt that the band had sold out, we didn’t write 'Something About You' to become a hit, it was just another song for the album, but after the success of that song we were trying to write to order, and I didn’t relate to that.

We were constantly touring too. In the last three years of touring we only had two weeks off, my brother (Rowland “Boon” Gould) left the band at the same time. I knew it was time to go, especially with all the touring, I couldn’t deal with it anymore - your body can only take so much and your mind can too, I needed to leave for my own sanity. It got to a point too where we were not talking to each other, we didn’t have a great manager either which didn’t help. It was a shame to let it go but I was 30 years old, and we had a great time, and I had been blessed.

Your new single 'Beautiful Wounds' has a female vocalist on there, who is she?

She is Diana Winter, an Italian singer from Florence. I have worked with her for a while, we do a lot of more mellow stuff together, we recorded the vocal in my studio in 30 minutes, and I think you can hear that vibe and freshness when you hear the track.

How has the lockdown been for you?

Frustrating. My son came back from China at the beginning of February, and no one really knew what was going on - most people in China and Hong Kong wear masks all the time so that part was no different. My friend works for the National Theatre and 700 jobs have gone there, all these small music venues are hanging on in there by a thread. Everyone has been affected by the virus - it is devastating.

Do you still keep in touch with any of the members of Level 42?

Mike (Lindup) did a track on my new album, Wally Badarou, who played extra keyboards when we toured, is a good friend still. Mark and I are fine now, we had a memorial to my brother (Boon passed away in 2019) last August, we had a hug, we are not in a place of bitterness anymore.


Also by Graham Clark...
The Beach Boys Are Coming To ScarboroughCrowded House Don't Dream It's Over As They Announce Scarborough ConcertZizzi Launch Christmas MenuUpdate: Will There Be A Northern Panto This Year? Oh Yes There Will!The Overtones Celebrate A Decade Of Hits With 2021 Tour
You played on the M hit, 'Pop Muzik', not a lot of people know that.

I did, it was an amazing experience, Wally played keyboards on the track too. I was from the Isle of Wight and the next thing I knew we were on Top of the Pops. Robin Scott, who sang the track, did two albums that I played drums on. We recorded the albums at Queen’s studio in Montreux, doing the songs with M is where I met Wally. Mark King played on the second album from M, and really that is where the nucleus of Level 42 came to be. When we recorded the first Level 42 album I had already done two albums with M.

The musical landscape is a lot different now to when you first started out.

Absolutely. I feel a lot for young musicians as they have to work from all angles now, and with social media too. We had to sleep on floors, but we got lucky with being in the right place at the right time - but we also had to be proactive to make things happen.

Do you listen to any current music?

I am not too sure about current chart music, I try to keep an open mind though I tend to hear the same four chords all the time with contemporary music. I like The National, the album from Ed O’Brien, the Radiohead guitarist. I do respect too some of the rap, such as Cypress Hill and Eminem.

When is the new album out?

The second single is out in January with the album to follow. The video for the current single will be entered in one of the short film festivals in Europe too. I have a band ready to tour, but who knows when that will happen?

Have you heard about the plans for the Bradford Odeon?

No I haven’t, but from what you say that is great news - when I hear of all the struggles music venues are going through right now, it is good to hear of some good news. We used to play gigs in Sheffield, Leeds, Manchester and Bradford and had some fantastic audiences.

The best size of gigs for a band to play is around the 4,000 mark, bands like to play that size of venue. The arenas are too big, but venues like the Bradford Odeon are just the right size of venue. You say it is very much like Hammersmith Apollo, that will be great as some of the best gigs we played were in those types of places like that, and the Manchester Apollo. If the acoustics are right and it is like Hammersmith, it will be amazing and it will be great for Bradford.

The single 'Beautiful Wounds' is out now on Abbey Records 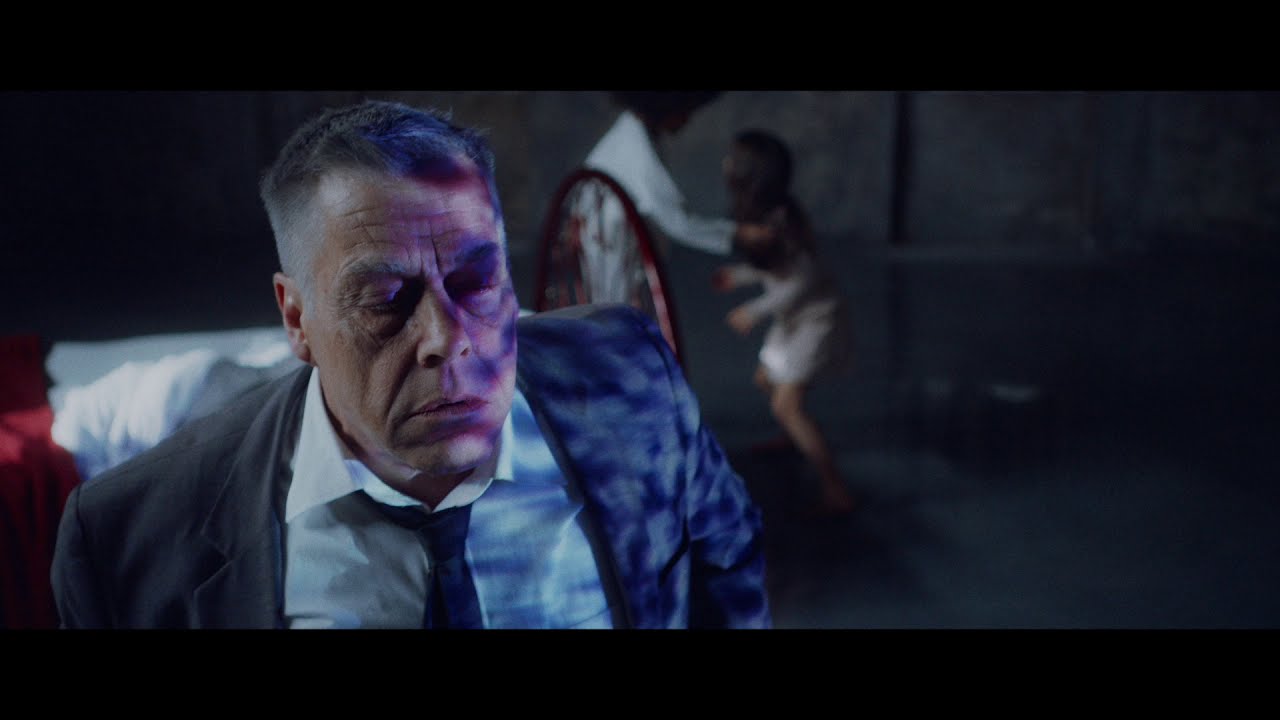