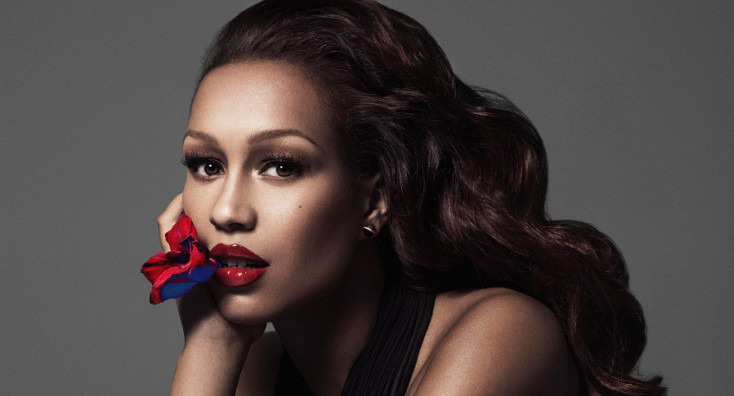 Since her success in the X Factor in 2010 Rebecca Ferguson went on to have chart success in both the album and singles charts as well as sold out tours. It has been a quiet time of late for the Liverpudlian singer but she is back and going out on a tour that visits Leeds on 26 February and Liverpool on 29 February. I spoke to her about her career to date and what the future holds for her.

Where have you been these last few years?
I have been doing normal things for a change like doing the school run and focusing on my family, its nice to be a mum. Don’t get me wrong it was amazing the success that I had but from 2010 onwards I worked flat out, it got to a point where the record label called me up to go do an interview at a radio station and I just said “no”. I needed a minute to focus on myself and pursue happiness.

After the X Factor your career really took off, looking back on it now did you enjoy it all?
At the time it went really fast. I was only 21 years old when I did the first audition and turned 22 on the show, I’m 33 years old now and wish I knew then what I know now. I did travel the world but you don’t get to see the places you are in. Now I can say let's have a walk around and see the city. It is hard work though touring and I suppose to the jobs my friends do it is glamorous.


Also by Graham Clark...
Interview With Diana DeMuthIt’s A Good Catch At The New Catch Restaurant In LeedsNew Exhibition In Blackpool - The LightsThe Potting Shed, Guiseley - Is All In The Garden Still Rosy?Happy 90th Birthday To Bradford Live!
What can we expect on the forthcoming tour?
Lots of old music and new music too. It will be upbeat and positive, we have just had a dreary January so coming out of that I want people to forget their problems and get up & have a dance.

Is there a new album coming out?
Yes there is, I have worked with some fantastic people on the album such as Eg White (Adele, Will Young) and Nile Rodgers. I was having a meeting at Abbey Road studios and Nile was there, I did the vocal and he liked what he heard and wanted to work with me. He is a lovely person –he has been through a lot through having cancer but he brought such positivity to the album, he is so happy and wears a big smiling beam all the time, he is so good to be around.

Do you still have your shop in Liverpool?
No, it was the worst idea ever! I had a bad adviser and a dodgy accountant so now I concentrate on doing what I do best – singing.

Do you keep in contact with Simon Cowell?
He invited me to his house 2 months ago. I had not seen him since the X Factor so it was nice to catch up and he was pleased how my career was going.

Do you have a favourite part of Liverpool?
I Love Albert Dock but I must admit I like Toxteth, I like the people there, it still has a sense of community and is so friendly. It’s the type of place where you could go in the shop and if you did not have enough money the shopkeeper would say “no problem, you can put it in the till tomorrow.”