Rather than resting on their laurels James are moving to avoid becoming a heritage act. The band release their 16th album 'All The Colours of You' on 4 June. As well as numerous festival appearances this summer the group are going on tour in the autumn with fellow Manchester act Happy Mondays.


James - credit Lewis Knaggs
I spoke to Saul Davies about the new album along with what the future holds for James, as well as discovering that the band have visited Skipton recently.

How has the last 12 months been for you?
It’s been a strange one, I think you are going to get the same answer from everybody. I think everybody’s experiences of the last 16 to 17 months have been poor; people have been infected with the virus then there have been the various mental health issues and really the story isn’t great.

Was it bad for the band not being able to tour?
Yes, it was. But on the other hand we got to make the new record. It was time to to make a new album. We had actually done all the writing for the album prior to COVID 19 appearing. We were actually going to use last year to get a new album together and we would have probably released it in February of this year, so in terms of our actual time line we didn’t really loose a lot.

I don’t think our band lost that much but overall it remains to be seen where we get back to in terms of the live industry as a whole.

This summer the band have quite a few festival shows including a gig at Scarborough Open Air Theatre.
Absolutely - I can’t wait to get out. We have actually just done some rehearsals near Skipton at a place called Broughton Hall. They are magnificent people who own that building and run it. They gave us the opportunity to reconvene as a band in almost 20 months. The last time we all saw each other was September 2019, the last show we did was September 12th, I think which was in Porto.
If you know Broughton Hall you will know that it is a very special place. We had a big room in there to rehearse and we have actually been playing these songs which are on the new album, playing them as a band for the very first time. I suppose like most other bands who have been making records over the last 12 months they have been made piece meal, I would imagine with everyone sending bits in. 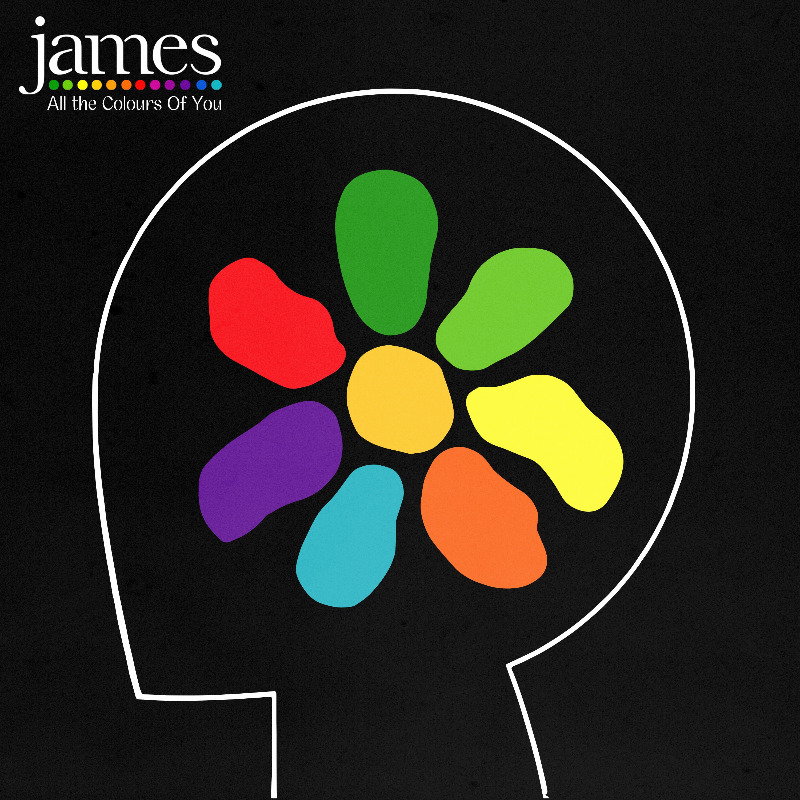 The tour in the Autumn is with Happy Mondays, are you all friends with each other?
No, not really - there is not a great connection between our bands. We are very different kinds of people culturally and all the rest of it. I joined James in 1989 and the year before that James took the Mondays on the road with them as a support band and I think there were great differences then and I think there still are now. We represent different musical traditions and different lifestyles. I think there is huge respect from both camps to each other, I hope there is - there certainly is from James to the Mondays. I think they are an amazing band who have had some incredible moments but we would not live our life like they have lived theirs.

Has the song Sit Down been a blessing or a curse to the band?
Totally a blessing. Globally, Laid is our biggest song by far, so for example in the States it is Laid, not Sit Down. You learn where you are and where you are going to that people and they have their favourites. You are known for different things in different places, I have no problem at all that Sit Down proceeds us. It is only difficult if you do not know what to do with it and I think we worked out many years ago what to do with it - which is not to play it all the time and never ever, don’t ever, give it for synchronisation into a film.

When you come to see us live it is not a given that we will play that song and when we do play it sometimes it might be a last minute decision because there is a feeling in the room. We make no apologies for that, I know it can be disappointing sometimes and the fans might say “you didn’t play Sit Down” and we go “next time we probably will”. There is always loads of stuff we didn’t play, we are not stupid, we know people love it and we know what it does to people. The great thing about James' fans and it’s a great testimony to them in general, is that they actually come to hear new songs, I think our fans are more than open to hear new material.

The good thing about the autumn tour is that the fans will have already had the new record for five months so they will know the songs, they will have their favourites so whatever we want to play from the new album they will be familiar with it. The shows are about balancing things out, we play for over 2 hours when we do these arena tours, if we did play Sit Down then that might mean we don’t play She’s A Star or Getting Away With It. You know, where do you stop not just being a greatest hits fan?

The band keep recording. Was it a conscious decision not to become a heritage act?
I think it is interesting that you do say that because I do like to think that we have not fallen into that trap of being a heritage act. I do think that there are other bands out there like The Charlatans - they keep making new records and that should be congratulated. We have a very big Catalogue and a lot of our peers do not have that, this is our sixteenth album.

Does it get harder to choose the set list?
It is hard, though we like to change things night by night to some extent. Your readers might not be aware that most bands go on tour and play the same songs every night and they even say the same things between songs every night, but we are not like that at all. I think it lacks a spark when it is the same every night. You might do a ten date tour and some fans go to more than one show. If I did that I might like the first show but if I got the same show night after night I might be a bit disappointed.

It is the way though live shows are going - there is a lot of technology on stage and a lot of synchronisation between the band and technology. If your show is like that then it becomes very difficult to say we are not going to do song 6 on the list, instead we are going to do a B side we did in 1982. If you have 15 dancing bears on stage at that point you can’t just decide to do a different song!

We are more like bands like The Doors, The Velvet Underground - they just ambled on stage and played until they decided to walk off. That’s why I am such a big fan on The Cure. I think that they are a remarkable band as their shows are magnificent - they are like a statement, in my opinion they are not even shows, their language is music.

Tim (Booth) the lead singer in James often stage dives into the audience, has he ever had any accidents?
Not so much accidents but he has ended up loosing a couple of shoes here and there.

Do you listen to any new artists?
There has never been so much new music as there is now, the trick is getting through it all to find the stuff that connects with you. I have done a bit of work with a Manchester band called Rosellas, they have some fantastic songs. They have only been going a couple of years but they have a lot of potential. They have that Manchester swagger about them - just a real confidence and a cheekiness but underlying it all [and] the songs are fantastic. I discovered them through a friend of mine and I’m involved in a charity called Everybody Belongs Here and at the end of January this year we did an on-line concert with some of the biggest artists in the world and we called it Music Feeds. We raised a million pounds for food charities. Sam Smith was there, Liam Gallagher, Newton Faulkner and it was also an opportunity to showcase some new artists and Rosellas were involved in that. I was fortunate to be able to go to The Met in Bury and record Rosellas there for the event. It was remarkable really and an amazing day for me.

There is another band too called Sound of the Sirens, two girls from Exeter who have a very English sound - they have been going for a little while now but I have been working with them too. Yes there is a lot of new music around you just have to be brave about trying to find it.

James - All The Colours Of You is released on 4 June


The band play the following live shows in our area:


Also by Graham Clark...
Sam Fender – On Fire In LeedsDanny And Luke – Thunderstruck In IlkleyTales From The Script As Ed Sheeran And Supporting Cast ShineAlbum Review: The Darkness: Return Back To The Limelight With New Album MotorheartAlbum Review: Dreamboats & Petticoats - Bringing On Back The Good Times