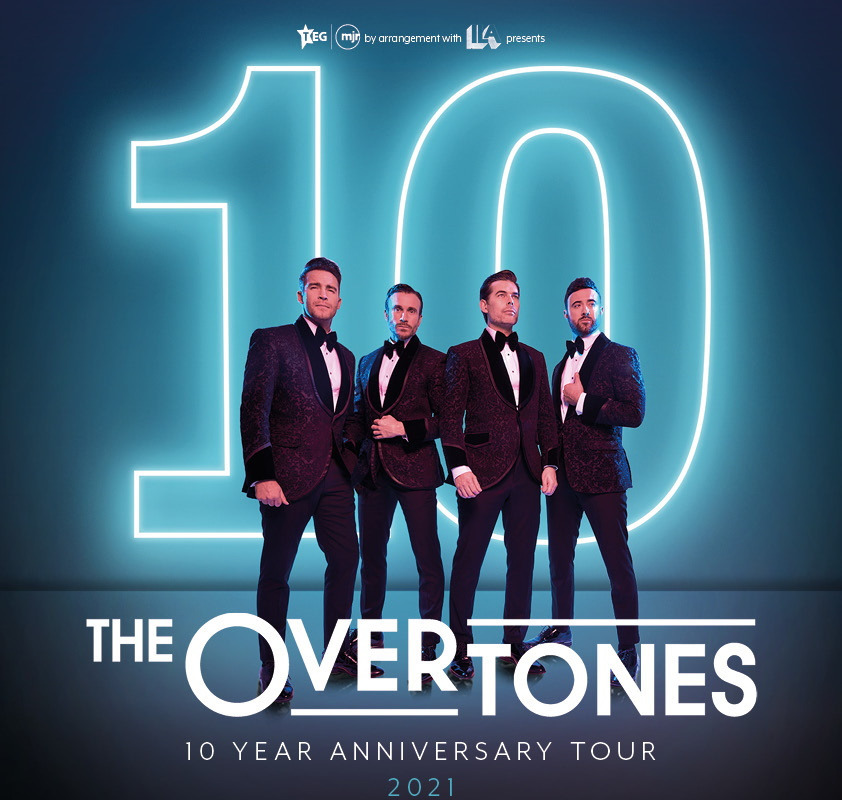 Since bursting onto the UK music scene ten years ago, The Overtones have racked up platinum record sales, released 6 studio albums, scored four Top 10’s, sold out tours across the nation, performed for Her Majesty The Queen at Buckingham Palace and sang to one million people at the Brandenburg Gate in Berlin.

Their new album, 10, is released on July 30th and they just released their new track Rose Tinted.

I spoke to Mike Crawshaw and Darren Everest from the group about their first decade together and the forthcoming tour.

Is it true Darren that you live in Yorkshire?
I’m actually from London originally but I met a Yorkshire lass and I live in Leeds now. I like it up here. The beer is cheaper, there's easy access to the countryside, the people are friendlier, it's a slower pace of life, but yes, I like living in the north. 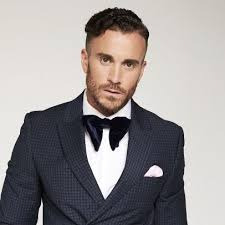 Darren Everest
Your new single, Rose Tinted is an original song and not a cover, why did you decide to do a new song?
Mike: Historically, The Overtones are known for rejuvenated covers from years past. Whenever we release a new single if it gets played on radio it tends to be a new song, so really Rose Tinted is no different, in fact there are 3 new songs on the latest album.

The group is about to celebrate its 10th anniversary. What have been the highlights for you?
Darren: If you asked all four members of the group you would get a different answer. For me we were lucky enough to perform for The Queen and attend a party afterwards with Prince William, Stevie Wonder and Tom Hanks in attendance.
We have performed in front of a million people in the front of the Brandenburg Gate in Berlin, we have played at the London Palladium - as a group we have been so blessed. We are really excited though about the future and to try and get a few more good experiences under our belt.

As a group, do you all agree on which songs to cover?
Mike: There is always a big discussion to be had; some of us are more passionate about songs than others and vice versa, but it is always quite a structured conversation. Every song that one of us might suggest we all tend to say “oh yes, that would be amazing, maybe not for this album but maybe the next one.”
We have been going for a decade and this next album will be our seventh. We are looking back at thirty years of hits. The only problem is taking away amazing classic covers to put in other amazing classic covers, that’s the only issue we have, but a great problem to have. 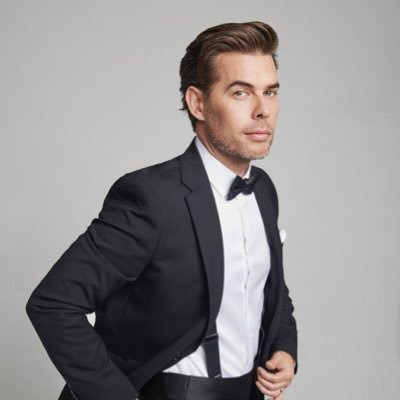 Mike Crawshaw
Marisha Wallace features on a track on the new album, how did she get involved?
Mike: We met quite a few times at radio stations, recording studios and events. We were thinking about female vocalists we could have on the album for example, with male vocalists we have Michael Ball on the album - he is a really good friend of ours, and joins to sing on Can’t Take My Eyes Off You.
We all came to an agreement that Marisha would be the perfect female vocalist to appear on the album, we reached out to her and she jumped at the chance.

What has the last 16 months been like for the group?
Mike: It’s been tough, everyone has had their challenges but for us the biggest challenge has been not being able to do what we love - performing live. We had two tours cancelled last year which was tough. The Overtones are always about positivity and getting the best out of any situation, the way we did it this time was to lock ourselves away and really concentrate on what this new album was all about.

Over the past 18 months the album evolved into something perhaps it wouldn’t have been, if we had released it last year. Because we had more time we were able to do even more new songs, some of which will appear on the deluxe version of the new album. For a bit of nostalgia we are going to release a cassette version of the album too.

The tour starts in November in Halifax on the 9th, what can we expect?
Darren: We are confident now that we are going to put on a great show; back in the day we would get nervous. Over the years you come to know what you do best - we try to make people feel good and to put a smile on their faces. We get a lot of emails from fans who might be going through a bad time, they put on one of our albums or come to see one of our shows and they say that is the only escape from the real world. To be able to do that is a real privilege, we work hard to do that and will continue to do so.

Are you going to walk through the audience again as on previous tours?
Mike: We have done that on a few tours, we like to get up close and personal with the fans. They have spent their hard earned money to be there. They might have had to sacrifice certain things, find a babysitter perhaps to go to the show, so it is up to us to add something a little different, so if we can get into the audience we will do.

Does it get harder over the years to chose the set list for the shows?
Darren: It does get harder but we like to change it around as it keeps us on our toes. We like to keep some of the older tracks in, but are looking forward to performing the new songs as well.

What was it like getting back together again in the recording studio?
Mike: During the first lockdown we really didn’t see each other that much. What was really nice was that we did some shows a few weeks back and to stand on stage with an audience in front of us, doing what I love to do with my three best mates was amazing, it was indescribable really.

Why do you think you have such loyal fans?
Mike: That's part of the reason why we have been able to last as long as we have in what is quite a volatile industry such as the music industry is. Over the last 10 years we have built up a solid fanbase. They are hardworking and very loyal to us so it is our responsibility to do the best that we can. You will never see us on stage like some acts do - coasting - we always put more than 100% in as we are very lucky to have the support that we have.

What is the best live show that you have seen?
Mike: I have been to see lots of acts but seeing Oasis at Knebworth stands out.But one of the biggest surprises for me was many years ago when I was dragged along with my then girlfriend and her mum to see Bryan Adams in Cardiff - I was gobsmacked as he was so good, the guy is a legend.