Yorkshire DJ called Forbid (real name Brandon) who hails from Leeds but currently resides in Hull is on the 9 October 2020 releasing his second major single titled ‘Diamond Heart’, which is a collaboration with Samuel Pack. 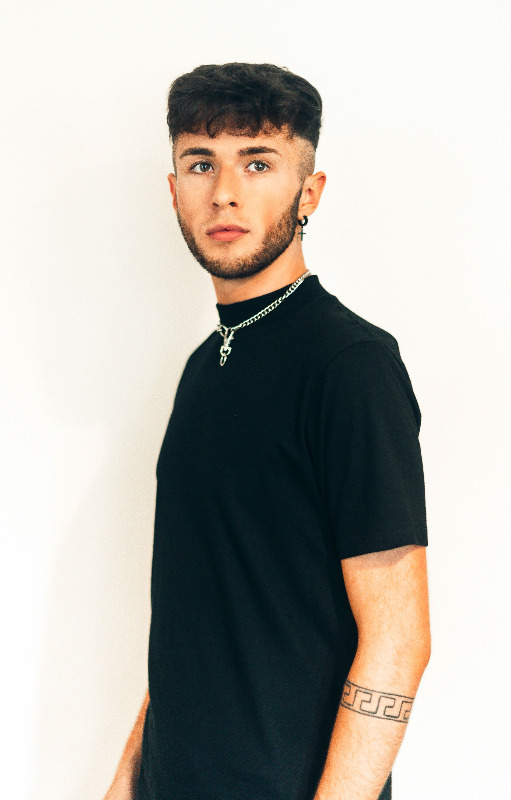 The track comes after the release of his first major single ‘Feelings’ and house track ’The Turndown’ released on New York label Force Of Habit. ‘Diamond Heart’ will be released independently by Forbid himself.

Completely made in lockdown, the track was recorded, mixed and mastered, across country between Forbid’s studio in Hull and Samuel's studio in Portsmouth. It all started as an exchange of messages when Samuel reached out to Brandon with some vocal lyrics and the magic just happened from there. The pair went back and forth over email with ideas for the track until they had a solid piece of music created.

Forbid, at the age of only 24, has already achieved so much in his career as a DJ and producer, including multiple residencies at some of the most well known nightclubs and LGBT+ venues in the North, as well as performing overseas in Europe in multiple cities. He took part in Manchester’s ‘virtual’ pride alongside Gok Wan, Louise Redknapp and Pixie Lott.

I asked Forbid about his career to date and the new single.

Was it easy recording the new single in between two cities?
Samuel got in touch with me on Instagram and we kept sending ideas back and forth over 4 days via WhatsApp. I literally had not much sleep for 4 days as we were working on the single for 12-13 hours a day, technology made it easy for us to complete the track really.

You are are now based in Hull but originally are from Leeds, which city do you prefer the best?
My parents split up when I was younger - my dad lives in Hull and my mum Leeds, either one would kill me if I said one city was better than the other! They are both great cities with lots to offer.

When you were growing up who were your influences?
My parents liked different types of music - my dad was into R&B and my mum House music and I got influenced by both styles of music, but my real passion is the old House music tracks and Speed Garage. If you listen to some of the old House tracks they are timeless, my favourite House track is Gotta Let You Go by Dominica.

Are you missing going to the clubs?
Of course I am, it breaks my heart that they are closed, the Government is showing a lack of empathy to the clubbing industry, the power of music can lift your spirits 100%.

Do you have a favourite club in the north?
Tunnel in Leeds was the best club ever, I have been a DJ there many times, it had the best sound system, people, atmosphere and music I have ever experienced. Unfortunately it has closed down now and will not be re- opening, the same thing seems to have happened to Mission in Leeds too.

How did you spend Lockdown?
With the clubs being closed of course it affected me immensely so I used the time to concentrate on my music and recording the new single, the time has given me the opportunity to hone my craft.

If you had to remix a dance track which would you choose?
It would definitely be Gotta Let You Go by Dominica. I also like Love for Love by Robin S. The track is timeless. If you listen to those old tracks they are quite simple really, it was all about the melody and the song, which you sometimes do not get these days. At the moment I am concentrating on my new single, Diamond Heart which is out on 9th October, after that things are up in the air at the moment, but I am really excited about the release of the track. As I said music can lift your spirits 100% and at the moment that is something we all need right now.