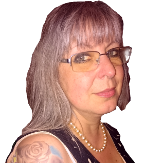 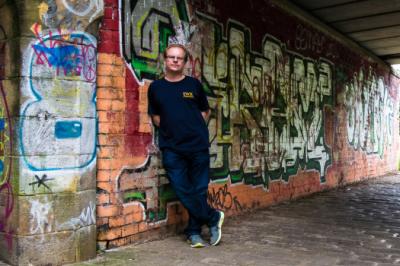 Mark Connors is that rare thing: a creative person who can do the administrative grind of self-promotion. A musician turned poet, he has developed himself into a novelist with the recent publication of his book, Stickleback.

Now that its first print run has sold out and his publisher, Armley Press are reprinting a new batch it seems a good time to catch Mark for the Yorkshire Times before he's too famous to talk to me.

First of all, Mark, tell us about Stickleback?

Stickleback tells the story of Alan Siddall, who has been at the mercy of the mental health system for most of his adult life. On the day of a meeting to decide his long-term care, he bumps into an old flame. He wants Cassandra back. Unfortunately, his carers don't believe he's capable of looking after himself. The novel is about the struggles of a man whose life has been destroyed by mental illness and deals with what happens to people with enduring mental health problems.

The reaction to Alan has been fascinating. He's been called the most unpleasant and unreliable narrator to ever disgrace literature, a vile, obscene, ungrateful, sexist and manipulative so and so, which was what I intended.

The pleasing thing is that every reader has said the same thing: the more they got to know Alan, the more they empathised with his struggles. It would have been the easiest thing to write a lovely character so readers could sympathise but unpleasant people suffer from mental illness too and it's my belief we should have the capacity to empathise with those we don't like as well as those we do.

Why did you choose to write about mental health?

I come from a long line of mad people, and I use that word freely and without hesitation. Crazy, mental, batshit, not so good, but mad is fine, at least for most mad people I know! My great grandmother, my granddad and my mum all suffered from enduring mental illness.

My great aunt was admitted (at 21) into High Royds hospital and spent over forty years there until she died. The secondary school I attended was opposite so I could visit whoever was 'in' at the time in my lunch hour!

I've seen what people with enduring mental health issues have to cope with and their amazing resilience in a system that often fails them. That's no disrespect to the people who work in mental health, more the outdated medication and treatments. 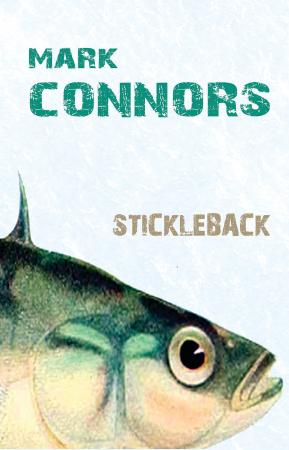 Luckily, advances in Cognitive Behavioural Therapy, ACT, and Mindfulness have positive effects. I write about it because it's severely affected the lives of people I love.

You've got your own website, www.markconnors.co.uk and Stickleback's reprinting and available on Amazon. And now it's been long-listed for the Guardian newspaper's Not the Booker prize. How chuffed are you?

I'm really pleased how the book has been received. I was concerned how many people would stick with Alan but those fears have dissipated with the response I've been getting.

Word of mouth is very important. Helen Mort, one of the finest poets writing today (she's on this year's Man Booker Panel) recently read the book, loved it and is quoted on the front cover of the new edition.

You're being described as a writer of working class fiction. What does that mean for you?

This is very much a novel set in Leeds, a city I am proud to hail from. I come from a working class background and I'm very proud of my roots. I don't consciously write about class but we are all products of the environment we grow up in so I guess this is inevitable given my background.

It's a lot of fun. I didn't know what to make of Mick McCann when I met him. He's a Leeds lad, a loud, larger than life character with an interesting taste in jackets and a passion for edgy fiction and non-fiction.

He's a star and so encouraging. John Lake, the editor, is quieter and more reflective, with a real eye for good fiction, a lovely fella and great writer.

It's been a real pleasure for me to work with John. Armley Press is like a family and I've been lucky to get to know other Armley Press writers Nathan O'Hagan and Wayne Leeming, both brilliant novelists. We all support each other. It's a bit like being in a band.

Do you think there's an advantage to being published by an independent press?

Yes, absolutely. You feel loved and a part of a team. I love the reading events we do together. We have a lot of fun. We may not have the marketing budget but we have the enthusiasm to get our work out there and have a lot of laughs while we do it.

So what shapes a writer early on? Where were you born, your education, anything else you want to tell readers?

I was born in Horsforth, Leeds, where I still live. I was a total waste of space at school and left with one O level: English.

I got the reading bug when a friend introduced me to Stephen King and I've been a voracious reader ever since. In 1997 I started an English Degree at the then Leeds Metropolitan University.

I graduated with a 2:1. I was writing a lot of poetry for girls I was in love with. It wasn't until my MA at York St John University that I started to find my voice. Once I'd been exposed to that environment, my writing began to flourish and I started getting published.

You run Word Club, an open mic populated by poets and you're a vociferous supporter of upcoming writers. Why is it so important to you to support other writers?

Without the support of my closest writing friends, Joanna Sedgwick and Rachel Kerr, I would never have gotten this far.

Their support, along with many others, is a vital part of any success I've had. I love giving new writers, young and older, a platform to read their work.

I am more proud of encouraging new poets than I am of getting read. There is a thriving poetry scene in Yorkshire which I feel very lucky to be a part of.

Smash Hits magazine used to ask its interviewees whether they pronged or squashed their peas. What would be the strangest question I could ask you and how would you answer it?

We really shouldn't go there. Trust me. You've read Stickleback! As for peas, I'll eat them any which way. Not from a tin though. They are shit from a tin.

Is there anything else you want to tell us? (Please note neither Yorkshire Times nor Rosalind York are dating agencies!)

Again, we really shouldn't go there. I talk too much as it is and my wife often remarks I have an ego the size of Brazil already (it's more the size of Wales if truth be known) so I think it's best for me to let my writing do the talking, however uncomfortable that may be for some!