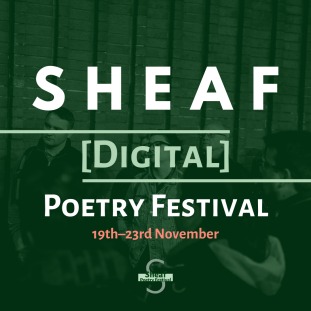 Preoccupation with the pandemic need not excuse the government’s apparent unwillingness to engage with the emerging crisis in the Arts. If we think we can ignore the problem – as some do, on grounds that plays, books and exhibitions do not make an appreciable difference to the way we live – I would encourage distracted onlookers to divert their gaze to the wasteland that in no time at all will fill the space where theatres throve until early March of this year.

The hand-to-mouth existences of many Arts organizations are already sustained on a wing and a prayer; removing the lifeblood of fiscal support threatens to tip the scales for those committed many whose efforts are rewarded in audience satisfaction rather than cash. It is to these last – the facilitators and volunteers, the planners and grafters – that we owe our thanks for continuing to oil the wheels of art, in the worst of times.

And it is hugely reassuring, in such unpromising circumstances, to see one of the North’s leading poetry festivals – Sheaf - making a re-appearance in November. Maybe this is the point: poetry’s mandate to describe, define, even shape the world we inhabit, has never been more urgent. I asked Suzannah Evans, festival director, if this year’s programme has been difficult to assemble, given the obvious constraints:

'2020 has definitely had its challenges! Sheaf is usually a spring festival, which corresponds to our green and springlike colour scheme, but given the pandemic we initially postponed the in-person festival until November, releasing some pre-recorded videos over the May weekend as a kind of placeholder to stop people forgetting about us. The decision to take the November festival online came about later on, when we realised a second wave / second lockdown was likely. 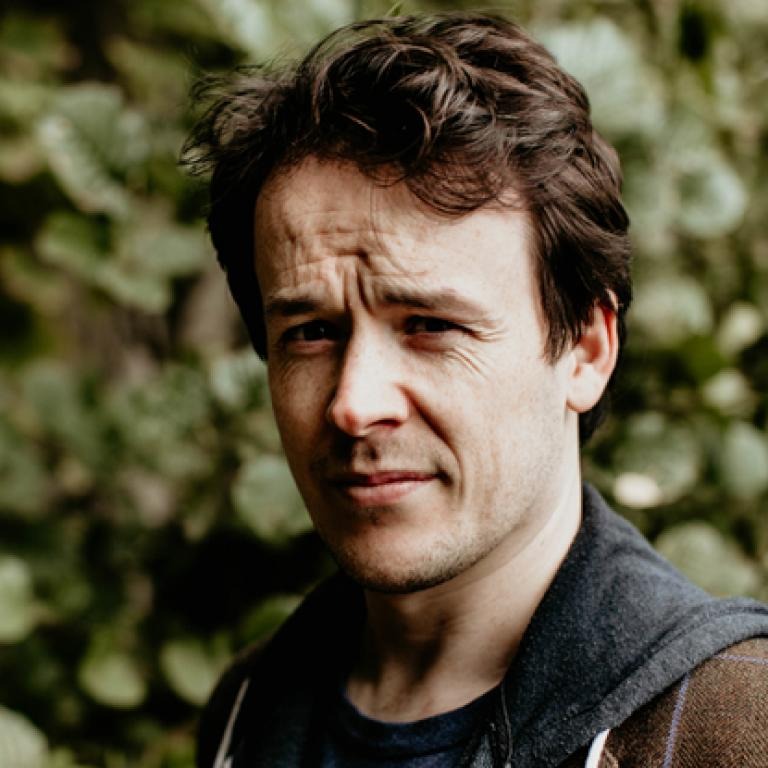 Niall Campbell
Some of our partnerships have suffered or changed – we were partnering with Sheffield Hallam University and Sheffield Libraries on venues, for example, and putting on ‘festival specials’ with local events promoters Verse Matters and the Festival of Debate; all of these are partnerships we hope to resume next year.

There are silver linings to an online event, the chief of which is accessibility – even though we use accessible venues for the festival it’s much easier / less demanding to access our events online. And our readings will have closed captioning too and will stay on Youtube after the event for people to watch. We are also able, thanks to digital technology, to welcome readers from India, Palestine, the US and Canada which certainly wouldn’t be do-able if we had to pay for flights!

2020 is actually the first year we will have run a consecutive annual festival, the previous festival (which has been known as both Sheffield and South Yorkshire Poetry Festival) having taken place every other year since 2011. It felt like a crucial year for building an audience and keeping up momentum, and of course Covid has affected that somewhat, but there’s very little we can do about it.'

My question was beginning to look rhetorical - the subtext of Suzannah’s thorough, even intrepid response to trying times, is a resounding affirmation of the value of poems, more still a willingness to embrace the audience-widening propensities of online platforms. The range and depth of this year’s event is propitious: with the help of others she is rightly keen to acknowledge, she has successfully drawn some of the brightest, most cutting-edge writers of our time to a fulsome table. Amongst many others, Sheaf 2020 will boast the presence of Niall Campbell, J.R. Carpenter, Carrie Etter, Isabel Galleymore, Roz Goddard, Mina Gorji, Will Harris, Abi Palmer and Caleb Parkin. A kaleidoscopic spectrum of culture and interest is clearly refracted here; is it more important, I ask, to give voice to a wide cross-section of cultural tastes, than to focus exclusively on popularity or accessibility? 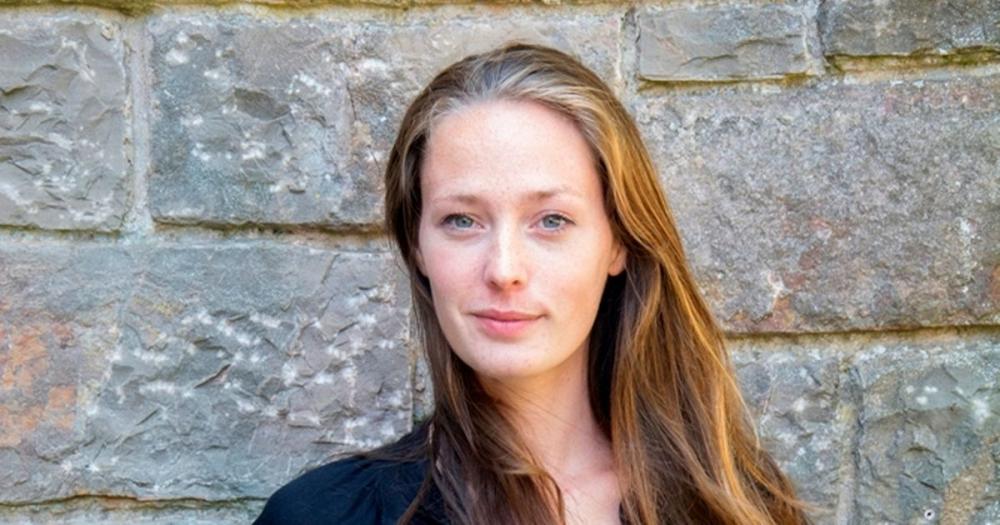 Isabel Galleymore
'A range of voices is essential for any artform in the 21st century, and I couldn’t in good conscience put on a festival that didn’t reflect the diversity of poets writing in the UK today. Partnering with the Poetry Translation Centre has enabled us to put on a really interesting event with poets from even farther afield and it’s one I’m very excited for.

Having said that, I think we are always shaping the festival and changing it and helping it find its best possible form and part of that is to bring poetry to audiences in a way that might make it more accessible, for example by theme or by incorporating other elements of interest (this year, climate change, meditation and last year we worked with film and music, for example) that allow them to feel welcome, to realise that there might be more here for them than they’d first thought and that poetry can easily be something for a wide range of people to enjoy.'

What poetry means to the otherwise disinterested listener, and the impulse to express regardless of audience preconception, is an ongoing counterpoint on the subject of accessibility, and it is interesting, I think, that Sheaf will host two great communicators in its programme. Jonathan Davidson and Jonathan Edwards – the former a conduit to the simple truths of poems, the latter a joyful celebrant of family and the quotidian – look like deliberate, circumstantial, inclusions in the context of encouraging broad appeal. Is the common touch a means of widening the attraction of poetry?

' I suppose I think all the poets we have on the bill are great communicators! The ‘common touch’ is an interesting idea within poetry, because we are so often condemned for being obscure, or a minority sport. But I agree, both these poets have worked against that idea; Jonathan Edwards with his brilliant, time-shifting poems about the people and places in his life, and Jonathan Davidson with his new book ‘A Commonplace’ which provides, as well as poems by himself and others, a helpful and often very funny commentary on the book’s contents, like something you might hear from a poet at a poetry reading but don’t often get to see written down.

I don’t think I can take credit for the programming coincidence though, as Jonathan Edwards’ workshop is really the work of the marvellous organisation Hive South Yorkshire, who work with young writers all across the region.' 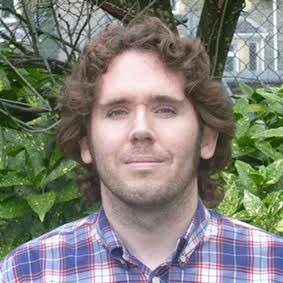 Jonathan Edwards
The ‘other elements’ of interest that Suzannah alludes to in the programme are resolutely on point in 2020. Reflecting an overwhelmingly ominous zeitgeist, it is significant that the festival should broach themes of climate change and mental health and wellbeing in a direct manner. The latter seems particularly relevant, given the well-documented exacerbation of pre-existing conditions by the Covid crisis. I was curious to know to what extent Suzannah considers that poetry constitutes a form of therapy, just as Ecopoetics encourages cerebral engagement with the unfolding nightmare of climate change:

'I agree and I’m really glad that we’re including this in the festival. The wellbeing thread is actually something that has come from working with Genevieve Carver, our poet-in-residence. Her project also involves working with mental health service users through Sheffield charity Flourish, but this part of the project has been a casualty of Covid thus far and will take place once it’s safe.

I’m no mental health professional but I do think connecting with poetry can do something for our mental health; whether it’s taking time out to enjoy a particular poem, or seeing a feeling that we recognise described in someone else’s words. Our own creative expression, too, can help us realise our feelings, remind us of our humanity and give us a feeling of confidence and authorship.

I feel that the role of ecopoetics is the same essentially – connection. In a world where we are flooded with bleak facts and statistics, we can get overwhelmed and look away. With ideas communicated through feelings and sensory experiences, poetry and other art forms canhelp us to connect better with the world we live in and its non-human inhabitants, to understand the problem of climate change rather than feeling baffled or burnt out, and to act for the better.'