Thursday 5th November is the start of the National Lockdown. Going to an official organised fireworks display has always been a far safer option for both humans and animals, but like most large gatherings this year they have been cancelled. The events will certainly look different this year and it doesn’t mean that there can be no fireworks. There are a few drive-in events taking place throughout the country but also check online to see what is streaming on social media.

Who was Guy Fawkes?
Bonfires are traditionally lit on the 5th November throughout England as this was when Guy Fawkes attempted to blow up the Houses of Parliament.

Guy Fawkes was born in 1570 in York, England and spent a decade fighting for Spain against Protestant rebels in the Spanish-controlled Netherlands. He also personally petitioned the king of Spain for help in starting an English rebellion against James. He was a member of a Catholic group of people who wanted to remove King James from power as he was a Protestant. James did not support religious tolerance for Catholics. In fact, Catholics were not fully emancipated in England until the 19th century.

The Gunpowder Plot
The Gunpowder Plot was devised and Guy Fawkes and a few of his conspirators had arranged to light a fuse on some barrels of gunpowder which were being stored in a rented cellar below the House of Lords. This was to happen on 5 November 1605 during the opening of a new session of Parliament.

When the plot was uncovered Londoners started lighting bonfires in celebration and in January 1606 Parliament declared 5 November as a day of thanksgiving and Guy Fawkes Day became known as a festival.

Penny for the Guy
An effigy of Guy Fawkes (often known as a ‘guy’) is still made and burned on the bonfire, along with setting off fireworks. Children in some parts of England walk the streets carrying a ‘guy’ and asking for “a penny for the guy”. They often chant the rhyme “remember, remember the fifth of November.......” This is quite similar to the American practice of ‘trick-or-treating’ which is now found in England around Halloween.

Fireworks at Home
Some people might decide to hold their own back garden bonfire this year but be aware of the injuries caused by fireworks. So think twice about holding your own firework display or garden bonfire, as bonfires in back gardens can be especially dangerous. 2020 could become the year of the sparkler but remember not to give sparklers to children under five. 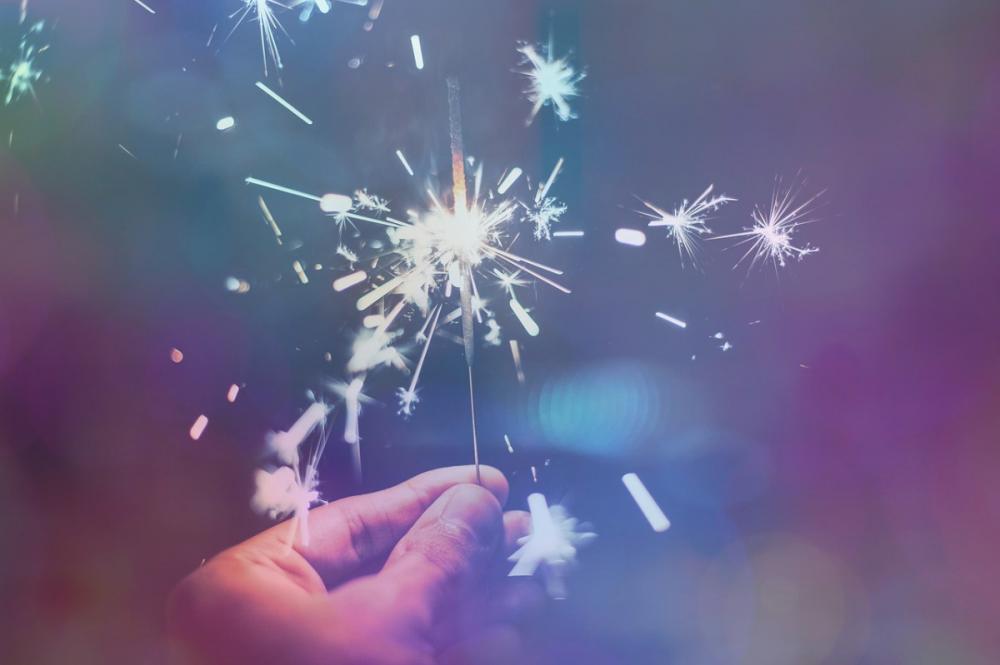 For a happy, safe Bonfire Night follow these important rules including some advice from RoSPA (The Royal Society for the Prevention of Accidents):
Plan your firework display to make it safe and enjoyable, and check the time you can legally set off fireworks
Only buy fireworks which carry the CE mark, keep them in a closed box and use them one at a time
Read and follow the instructions on each firework using a torch if necessary
Light the firework at arm's length with a taper and stand well back
Light sparklers one at a time, wearing gloves and never give sparklers to a child under five
Keep a bucket of water nearby for any emergency and for finished sparklers
Keep naked flames, including cigarettes, away from fireworks
Never return to a firework once it has been lit
Don't put fireworks in pockets and never throw them
Direct any rocket fireworks well away from spectators
Make sure any pets are kept safely indoors as they are frightened by fireworks
Consider your neighbours who might have health conditions aggravated by smoke
Bonfires at home should be well clear of anything that could catch fire like trees, bushes, fences or sheds.
Do not burn combustible materials and make sure bonfire is supervised by a responsible adult
Never use paraffin or petrol on a bonfire
Make sure that the fire is out and surroundings are made safe before leaving.

Advice from the British Hedgehog Preservation Society (BHPS)
With bonfire night fast approaching, the British Hedgehog Preservation Society (BHPS) is urging people to build bonfires on the day they are to be lit to save hedgehogs and other wildlife from appalling suffering. This will not only save wildlife from burning to death but will also stop the bonfire from getting soaked should it rain the night before!

If a large bonfire must be built in advance, protect it whilst building by putting some chicken wire, at least one-metre-high, all the way around the bottom.

This should be held in place with stakes and the wire should slope outwards from the bottom at an angle to make it difficult to climb, as hedgehogs are good climbers!

In case you have missed anything light the fire from one side only and keep people away from the unlit side so that any hedgehogs can hopefully escape in peace.

If, whilst building, a bonfire is left unattended, for however short a time, it's imperative to check for young children, hedgehogs and other animals, including family pets, before lighting.

As hedgehogs tend to hide in the centre and bottom two feet of the bonfire, check by gently lifting the bonfire section by section with a pole or broom.

Never use a spade or fork as these can stab them. Using a torch will help to see and listen for a hissing sound, as this is the noise they make when disturbed.


Look after Hedgehogs
Hedgehog populations are in decline in the UK, with a survey run by the People's Trust for Endangered Species (PTES) indicating an alarming decrease in numbers over the last decade. The exact reasons for the decline of hedgehogs in Britain are not known for sure, although several factors are acknowledged as playing a part, including an increase in intensive agriculture and use of pesticides reducing the amount of prey available (hedgehogs feed on beetles, caterpillars and earthworms amongst other things).

Also by Jan Harris...
The Buck Moon – Can It Be Spectacular?St Swithin's Day - Rain Or Shine!Will The Strawberry Moon Be Pink?Celebrate the Summer SolsticeRemember Your Dad This Father's Day