With quite a few pizza restaurant chains closing branches, Pizza Express included, you might think that the chances of a closed branch re-opening again was as slim as some of the bases of your pizza. 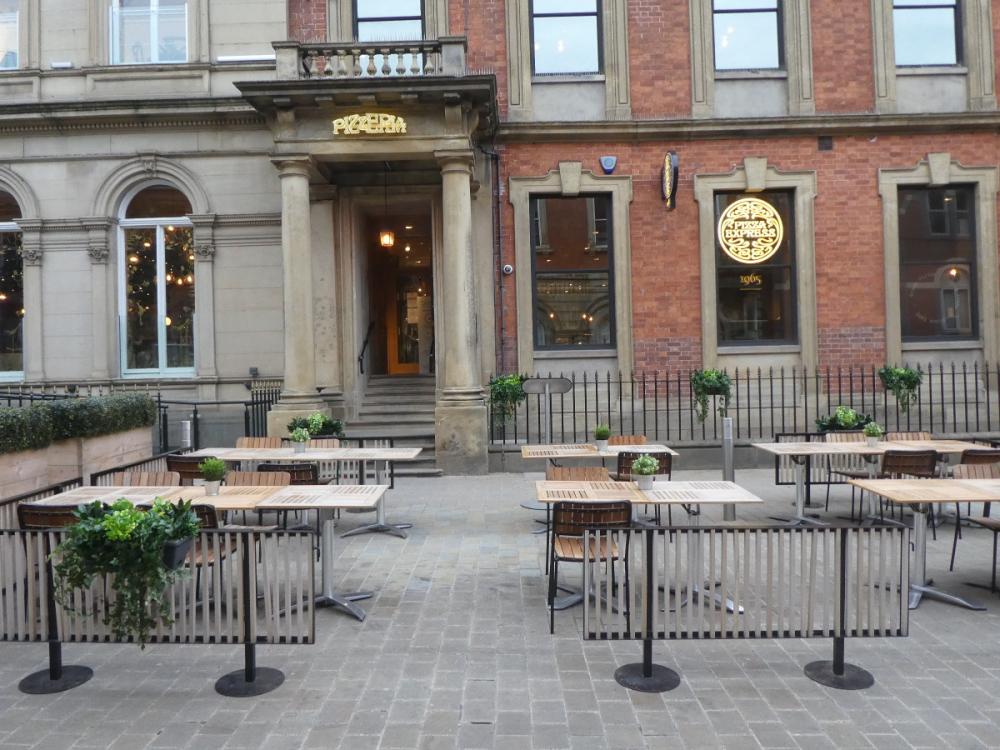 The Albion Place Pizza Express in Leeds has recently opened its doors again - with a refit to boot too. Gone are the reds and whites inside to be replaced by soothing browns and blues. The original tables have been retained but the chairs are new along with the menu. 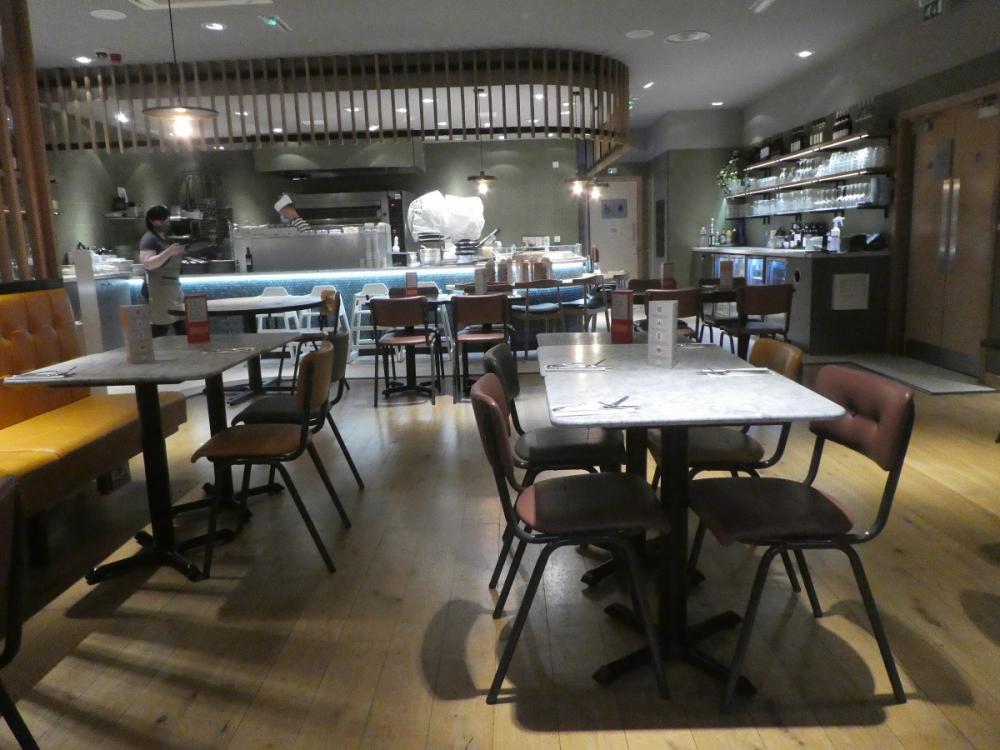 In keeping with the current climate, the menu is accessed via a QR code that you scan, payment is by card as the restaurant is cashless, you are seated socially distanced and the place does feel clean and new. They do have disposable menus if you wish.

His face turned when our Diet Cokes came served with a slice of lemon, though to be fair that was the only thing that didn’t go as it should. 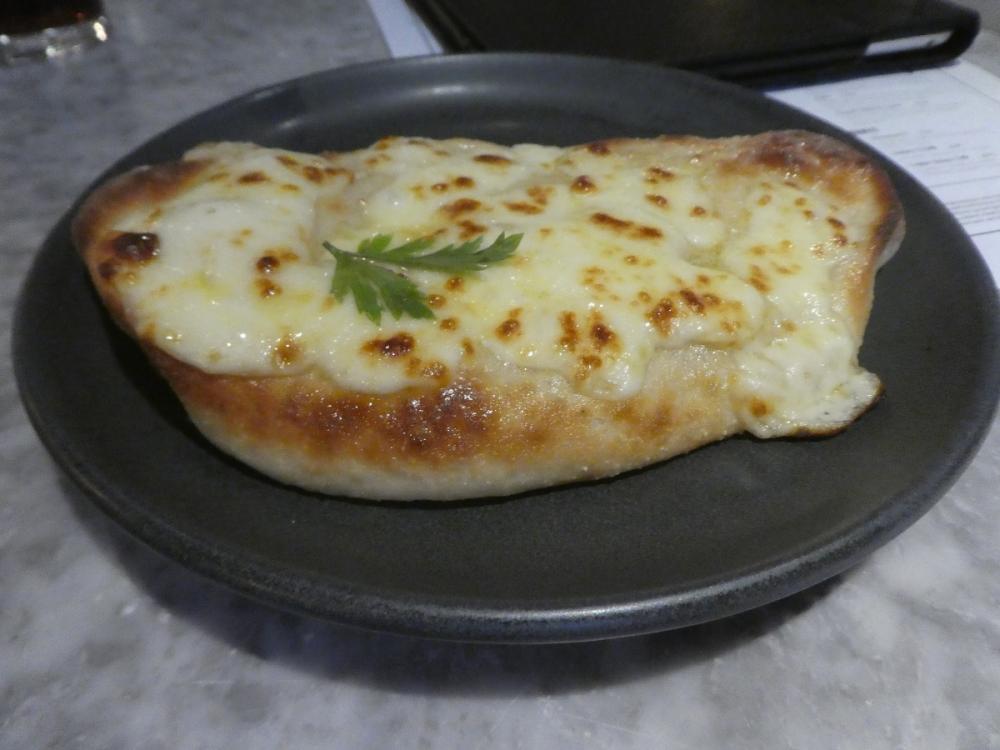 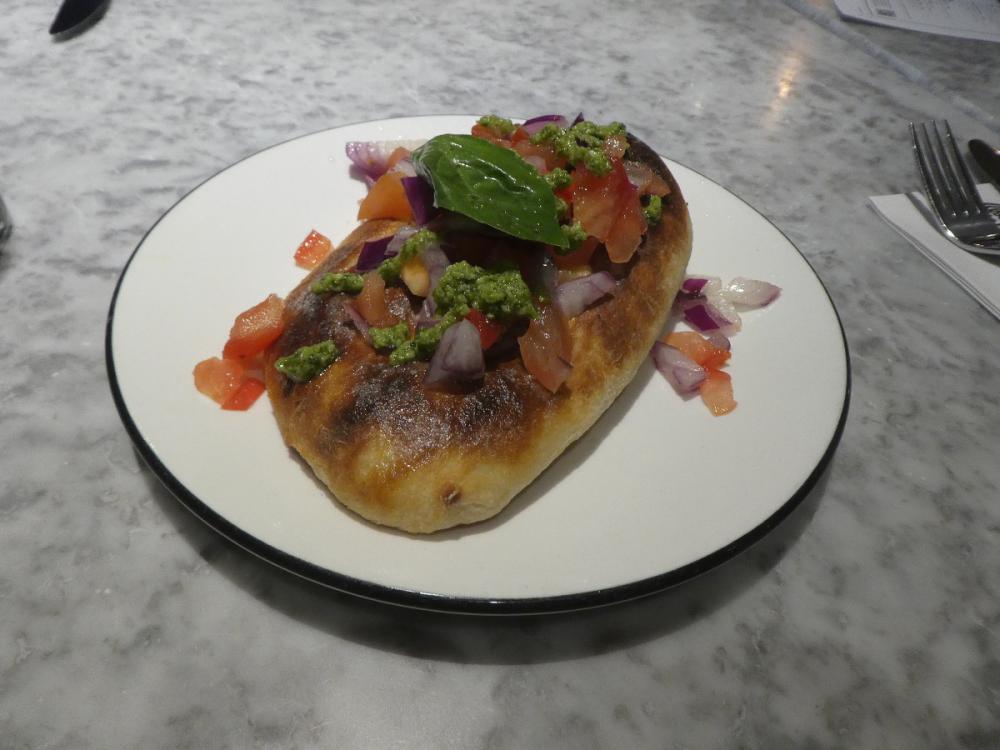 My starter of Garlic Bread with Mozzarella might have been on the small size but it was delicious, my friend chose the Bruschetta which came with garlic, butter, tomatoes, red onion and basil and pine kernel pesto. The verdict was that it was cooked “just right”. 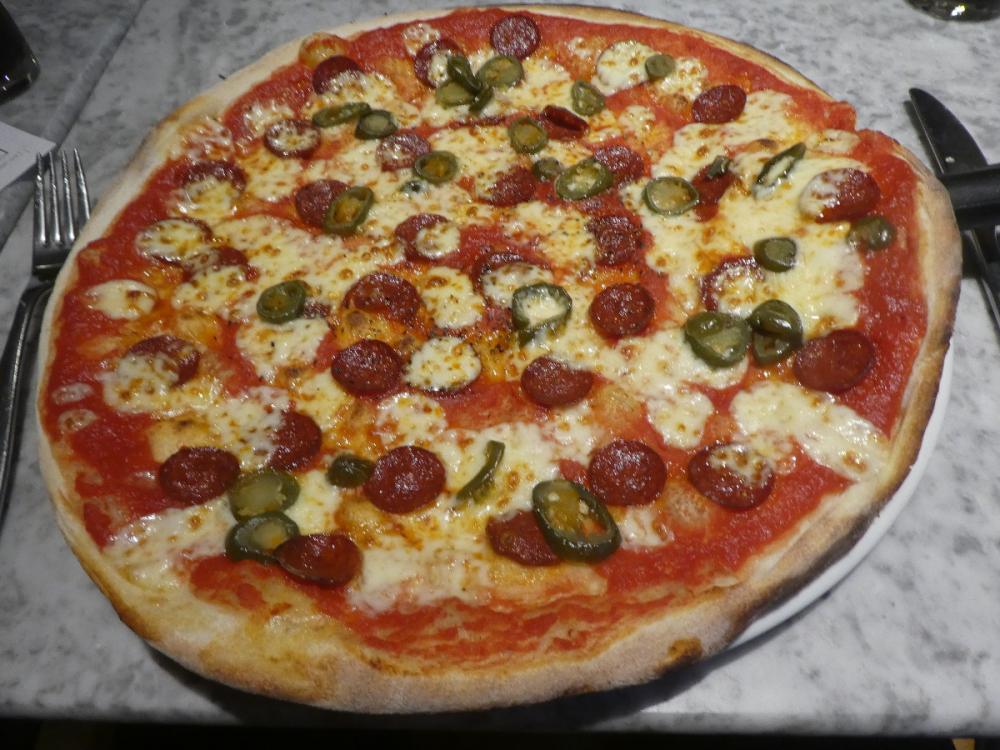 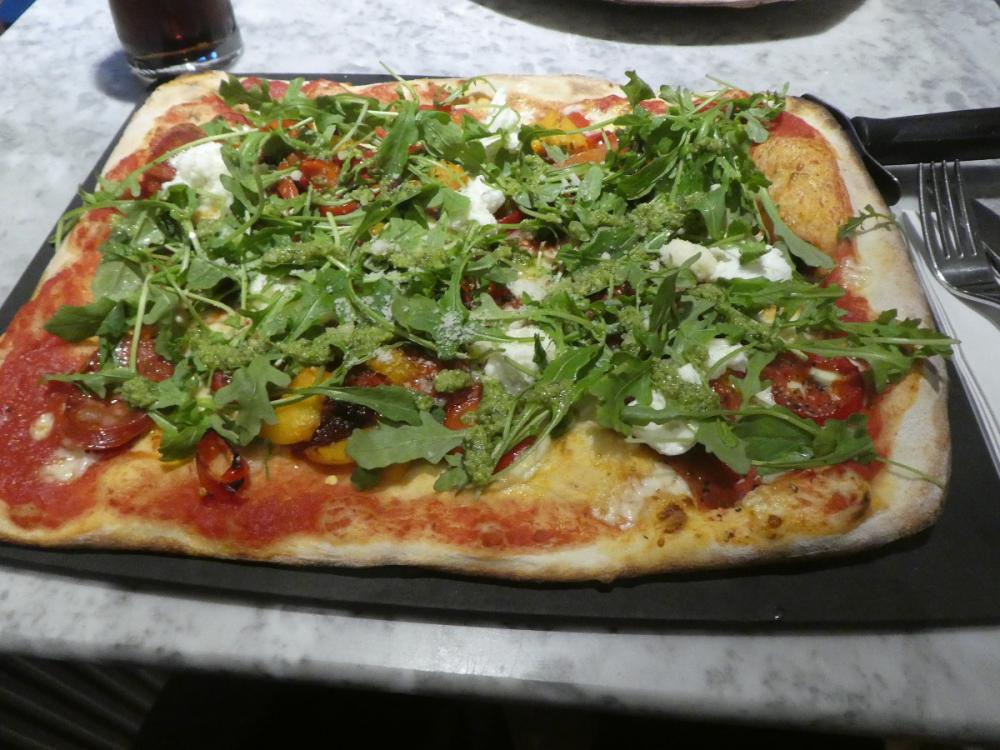 My friend has only been to Pizza Express once before and his experience wasn’t too good, but even he thought that his Calabrese rectangular pizza was excellent. It’s quite large so you might need to box it up to enjoy at home later.

There are 2 new pizzas in the menu - the Vegan Mezze and the Margherita Bufala priced at £13.95 and £13.30 respectively. 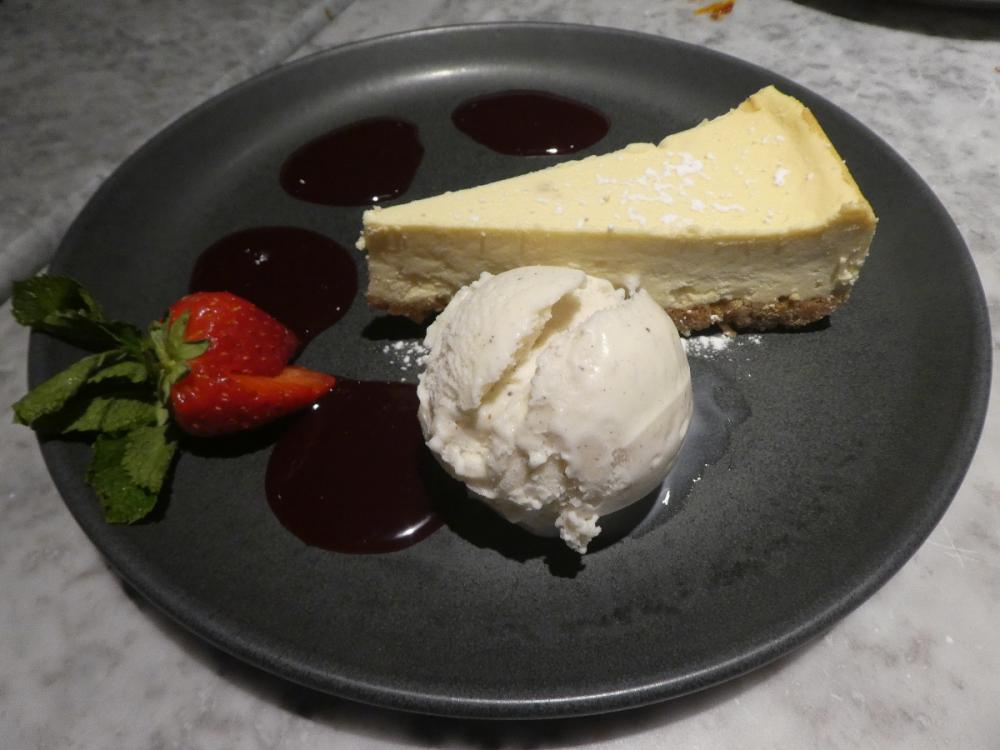 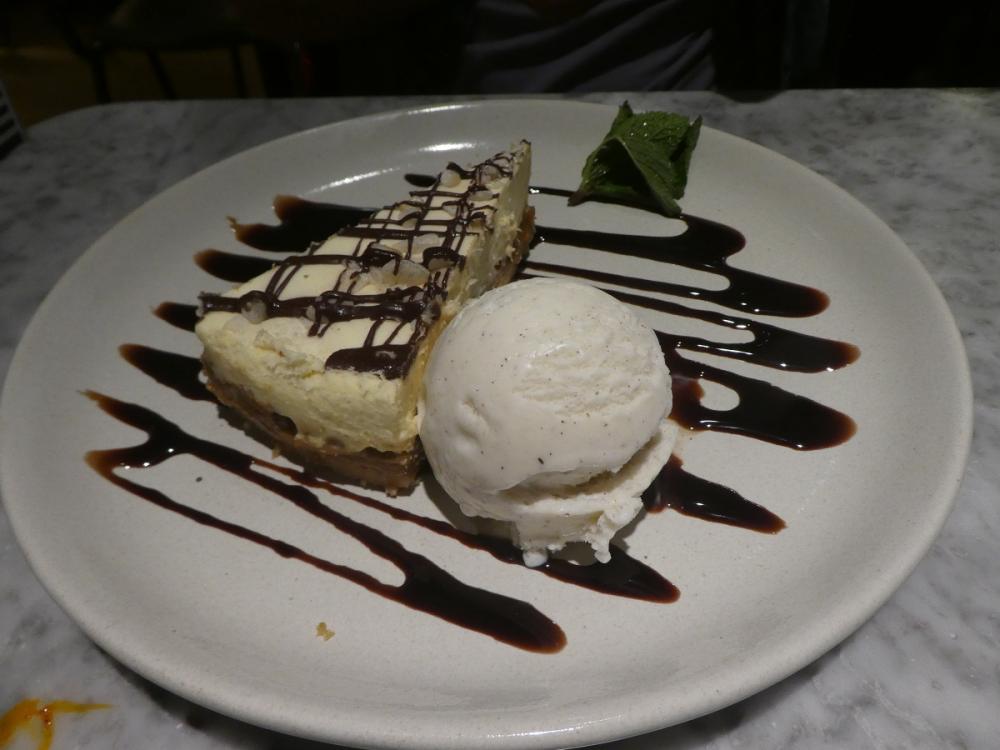 Desserts of Vanilla Cheesecake (it needed the vanilla ice cream served with it) and Honeycomb Cream Slice (a bit too sweet) rounded off a good meal.

“It was far better than I was expecting” commented my friend. “I would definitely go again” he continued, not bad coming from a Chef.

With 4 of the Romana pizzas bring just £10.00 each Sunday to Thursday perhaps it’s time to give the Albion Place restaurant another try? You just might be surprised.