“I've Never Been Prouder To Be Part Of A Running Club.” 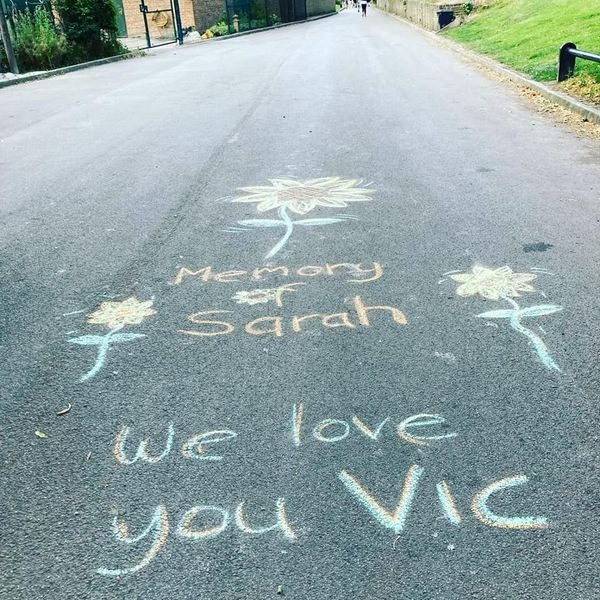 At the heart of any family or group are a core set of people who keep everything - and everyone - together. At my running club, one of those people is Vic. Whether it's getting the best photos at a big race or being run director at the local Parkrun, Vic's just always there, tirelessly supporting other runners.

Last week it was our turn to support him. Vic’s beautiful wife Sarah passed away recently after a long illness and some of our running club members organised a sunflower run in her memory. Sunflowers were Sarah's favourite flower.

I've never been prouder to be part of a running club.

Well over a hundred people turned up to honour Sarah and support Vic, including many of their family members. Another important part of our running community – the Pavilion Café in Springhead Park, Rothwell – stayed open late and even provided a buffet for everyone who participated. It was a powerful demonstration of the power of teams, clubs and families, and made me prouder than ever to be part of my club.


Vic
On Sunday I had a fab time marshalling at Total Warrior, Bramham Park. This basically involved standing next to a lake in a beautiful forest and shouting: "the water's very shallow!", "great work guys!" and "don't bang your head on the beam!" 18 million times, which was more enjoyable than it perhaps sounds. Across the lake, I watched the same runners, having trudged through the forest covered in solidified mud, throw themselves off an extremely high platform into a lagoon while ringing a bell suspended in mid-air. I’m in awe of anyone who can muster the courage to do something like Total Warrior.

Before I did exercised regularly, I took part in the version of Race for Life that included an assault course. I was too scared to climb down the other side of the rope climbing frame because it was too wobbly, and ended up straddling the top of it, paralysed by my fear of heights. In the end a marshal had to help me get down.

Which would suggest that Total Warrier is not the event for me. 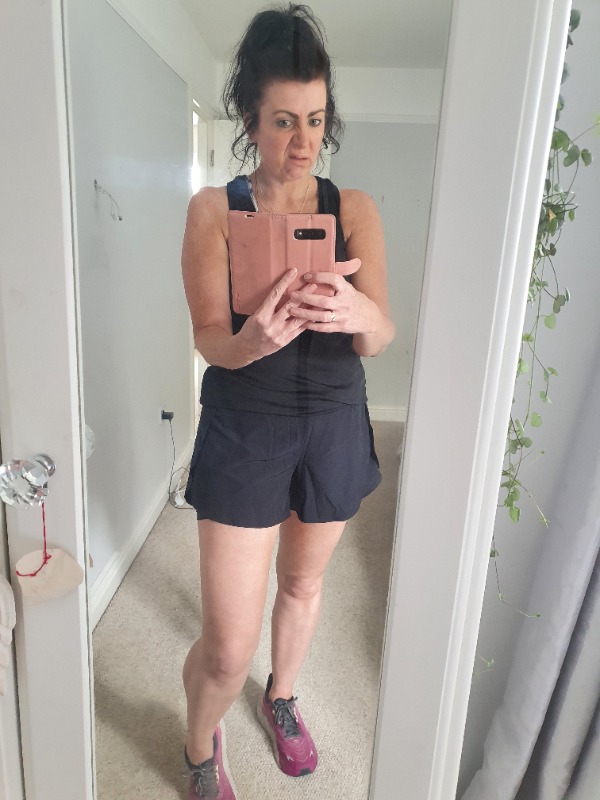 Things took a more relaxing turn on Monday when I decided to do a solo 7k. If I'm running on my own, it's always better for me to get out there sooner rather than later, otherwise I don't get out there at all. So it was a quick coffee, then off! The weather made it extra special – I love the feeling and the sound of running in rain, and it was lovely to get back down to the beautiful canal that’s literally five minutes from my doorstep.

Given that we’ve been borrowing our weather from Tehran lately, I decided to step out of my comfort zone and order some running shorts. Although I love the idea of running in different colours and something that helps me stay cool when it’s hot, my leggings are 90% black and full length. This is mainly because I want to camouflage myself after gaining quite a lot of weight at the back end of last year, but also because I worry about sweat patches making me look like I’ve wet myself, or – even worse - actually wetting myself (this hasn’t actually happened but like most women of a certain age, I still live in fear).

Anyway, I thought I should diversify a bit now that I’m feeling happier with the way I look, but I was seriously underwhelmed when they arrived. They actually looked more like a skort (or is it skorts…?). It’s amazing how something that shows so much skin can be so spectacularly unattractive, but I wore them for our social run on Wednesday anyway, even though I looked like a shit, middle-aged tennis player.

As a Leeds lass, I’m really looking forward to running the Leeds 10k this weekend – I’ll let you know how I get on next time. If you see me, be sure to wave (I need all the support I can get)!

Claire can be found on Facebook and Instagram as my40pluslife.me
Also by Claire Kenny...
Boundaries: To Have And To HoldRunning And Friendship: A Powerful Recipe For RecoveryLeeds Leeds LeedsLunching At The LanghamOur Optimistic 40+ Blogger Claire Kenny Focuses On Her Health