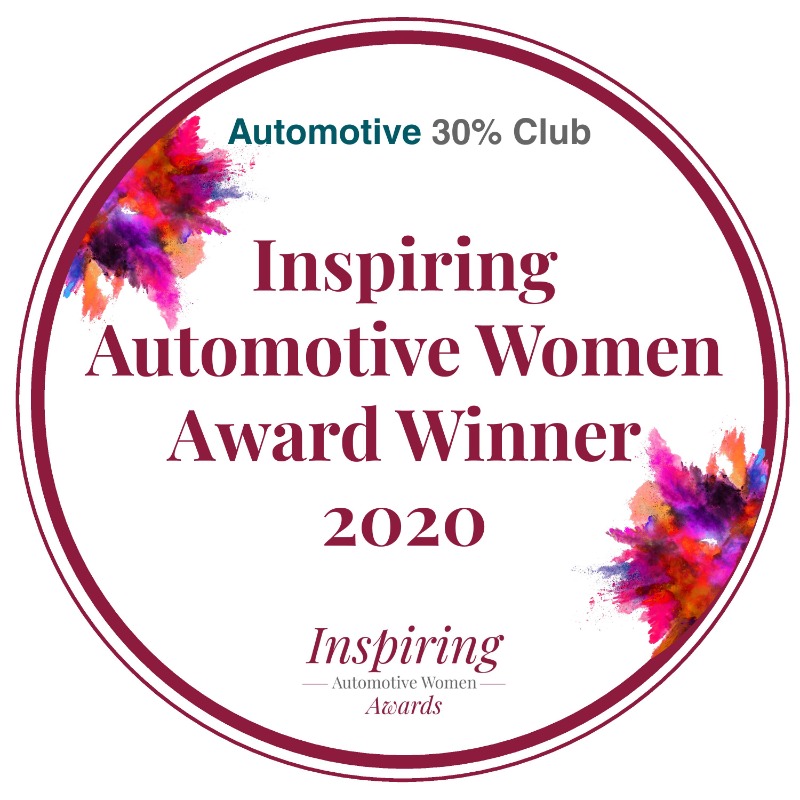 Having supported the Automotive 30% Club for the last two years as part of its ongoing commitment to attracting more women into the industry, JCT600 has received recognition of two colleagues in the Club’s Inspiring Automotive Women Awards 2020.

Stacey Laing, group trade parts manager based in Chesterfield, and Amy Williamson, front of house manager at JCT600’s Aston Martin showroom in Leeds, are among the 31 winners in the latest awards which champion female talent in the industry as part of the club’s goal of achieving a better gender balance in the sector.

Stacey and Amy were chosen from hundreds of women in the industry, having been nominated by colleagues and peers. The winners were announced at a virtual ceremony on 12th January 2021.

The judges said that Stacey ‘is an inspirational leader and cultivates an environment where colleagues feel comfortable sharing not only their progress but also their pains, without fear of judgement’. They also commended her for signing up for mental health first aid training, stress management courses and wellbeing webinars during lock-down and encouraging members of her team to seek support when necessary.

Amy Williamson
Stacey Laing
While relatively new to the motor trade, Amy was recognised by the judges for the speed of her progression and her determination to improve gender balance within the workplace, as well as for promoting the automotive industry as a great career choice for women.

Katie Saunders, HR director of JCT600, said: “While we, and the automotive industry as a whole, have made great strides in recent years towards closing the gender gap within the sector, it’s vital that we continue to showcase female talent in order to highlight career opportunities to women across the industry.

“Both Stacey and Amy are fantastic role models, encouraging and inspiring their colleagues, and helping to create an inclusive, welcoming work environment. For example, Stacey has been involved in actively recruiting female apprentices, supporting their qualification at a local college and then encouraging them to take on traditionally ‘male’ roles such as a technician.

“Similarly, Amy demonstrates what can be achieved with the right mindset and constantly champions the benefits of a career in the industry. We’re extremely proud of both women, along with the unsung heroes of the JCT600 team and look forward to welcoming lots more female talent into the business.”

Julia Muir, CEO of Gaia Innovation Ltd and founder of the Automotive 30% Club, said of the winners: “All of you truly fabulous women deserve our heartfelt appreciation for your outstanding contribution to making our industry more vibrant, exciting, warm, collaborative and successful. Congratulations on winning your thoroughly deserved award, and being a game changer in the automotive sector.”


Established in 2016 by Julia Muir, the Automotive 30% Club is made up of CEOs and managing directors of automotive manufacturers, retailers and suppliers who are committed to achieving the goal of having 30% of women in key leadership positions in their organisations by 2030.