There are moments in teaching which never leave you and watching the light suddenly go on in a previously disaffected pupil is wonderful. It was thirty years ago and I cannot remember her name but, for ease, will call her Emma. I can remember that she was only interested in Art and Photography and that she eventually pursued a career in the latter. She wasn’t a naughty girl, just switched off and it was a relief to hear in the staff room that it wasn’t just in my lessons. Then we read Jamaica Inn.

It’s a twentieth century classic which I did not think would appeal to teenagers, not least because it’s not short, the language is dated and the plot more so. Mine was not to reason why, however, when I was told to deliver this novel to a mixed ability set.

That I enjoyed it, goes without saying, but so, too, did a few of the class, not least, Emma. As we progressed through the book, she got more and more engrossed and started waiting behind to discuss it; this quiet girl whose face previously had tacitly said ‘I’m not bovvered’ became more and more animated. She finished the book at home, long before the rest of the class and then started to read others by du Maurier. I admit, I had to quickly catch up as she wanted to talk about them and I couldn’t admit at that time to not having read even the author’s better-known works: Rebecca, My Cousin Rachel and Frenchman’s Creek. Inevitably, Emma read more du Maurier in that year than I have ever broached. She had had her light bulb moment for reasons I cannot explain, and she went on to gain four GCSEs: Art, Photography, English Language and English Literature.

If you like a good Cornish yarn, Jamaica Inn is definitely one to read and a good introduction to the works of Daphne du Maurier. First published in 1936, it is set in Cornwall in 1820. It was inspired by du Maurier's 1930 stay at the real Jamaica Inn, which you can still visit (Covid permitting) in the middle of Bodmin Moor.

Mary Yellan, twenty three years old, was brought up on a farm in Helford. After her mother's death, Mary crosses the bleak Bodmin Moor to take refuge with her only surviving relative, Aunt Patience. Despite a prophetic warning from the coachman, she enters the cold and forbidding Jamaica Inn which she discovers has dark secrets. Far from being ‘a great one for games and laughing, with a heart as large as life’, Mary finds her downtrodden aunt to be a ‘poor tattered creature’ and most definitely under the thumb of her boorish husband, Joss. The Inn is unusual in that it does not cater for guests, but is only open to the public to serve food and drink and is frequented by some highly questionable rogues. 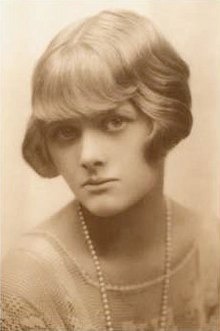 Daphne du Maurier in 1930
Against her better judgement, Mary becomes attracted to Joss's younger brother, Jem, a petty thief, who is less brutal than his brother and something of an enigma. Mary realises that Joss is the leader of a band of wreckers and overhears him ordering the murder of one of their members. Unsure whether to trust Jem or not, she turns to Francis Davey, the gently-spoken vicar of the neighbouring village of Altarnun, who happened to find Mary when she got lost one day, on the moor.

Mary and Jem spend a day together in the town of Launceston, during which Jem sells a horse he stole from Squire Bassat back to the squire's unwitting wife. Jem deserts Mary, however, and she has no way of getting home except by walking which the weather and distance make impossible. By chance, Francis Davey passes her on the road, in a hired coach, and offers her a lift home. He leaves the coach at the crossroads to walk on to Altarnun but the coach is then waylaid by her uncle's band of wreckers and the coach driver is killed. Mary is forced to accompany the wreckers and to watch as they engineer a shipwreck. As the ship founders on the rocks, the survivors try to swim ashore but are murdered as they reach land and the brigands steal the cargo.

Mary is taken back to Jamaica Inn where she is locked in her room. With Jem's help, she escapes and goes to Altarnun to tell the vicar about Joss's wrongdoing but he isn't at home. She then goes for help to the squire's home but Mrs Bassat tells Mary that her husband knows and has already gone to arrest Joss. Mary returns to the inn, arriving before the Squire and his men, and finds her uncle and aunt murdered. Then…. no, it would be no good my giving away the whole story but trust me, it does not end there. Who has murdered Joss and Patience? Who can Mary trust?


Also by Artis-Ann ...
‘Goddesses, Housewives Or Whores’: Women Of York By Claire Shaw‘You Have To Know Your History If You Want To Put Things Right’ : Charity By Madeline DewhurstPractise To Deceive: Transcription By Kate AtkinsonFighting The Big Boys: Village Of Second Chances By Gina HollandsReview: The Primary Objective By Martin Venning
Trouble continues to plague Mary Yellan when she is taken hostage and her captor threatens to take her to Spain. What becomes of her is the stuff of adventure and once enthralled in this gothic world, the reader cannot give up until the (only slightly uncomfortable) end.

The setting is classic gothic with images of moonlit rocks, stormy waves and lanterns flickering in the dark ― it is the 1820s, in a lonely, cold and windswept area of Cornwall, near a treacherous moor, in a decaying inn which all honest people avoid. Du Maurier excels in creating atmosphere, offering a contrast between the tranquility of Helford and the hostility of the moors where the souls of the lost cry for justice and a brave young heroine stands up to evil wrongdoers.

A film version, directed by Alfred Hitchcock in 1939, was a fitting tribute, but more recently, in 2014, a television mini-series was less enthralling – each to his (or her) own! Nothing beats curling up in front of a fire and reading this kind of literature for yourself, immersing yourself in intrigue, feeling the sea spray on your face and following the tale as it unfolds.