Adrian Lukis returns as Mr Wickham, the character he played in BBC-TV’s production of Jane Austen’s Pride and Prejudice, for the one-man play Being Mr Wickham at York Theatre Royal from 14-16 October. 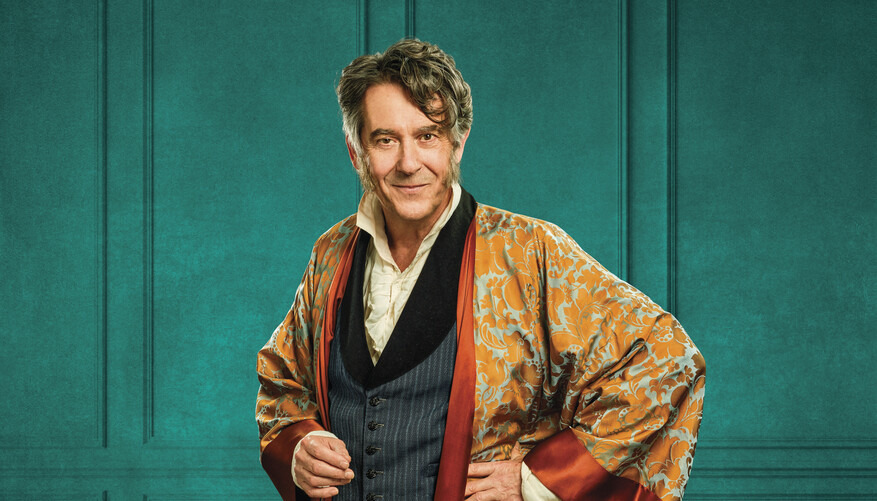 The production is presented by the Original Theatre Company – the production company behind the hit regional touring productions of A Splinter of Ice and The Habit of Art and critically acclaimed lockdown online productions of Sebastian Faulks's Birdsong Online, Louise Coulthard’s Watching Rosie, Torben Betts’s Apollo 13: The Dark Side of The Moon, Philip Franks’s The Haunting of Alice Bowles and Peter Barnes’s Barnes’ People.

"Mr. Wickham is blessed with such happy manners as may ensure his making friends - whether he may be equally capable of retaining them is less certain."
Written by Adrian Lukis and Catherine Curzon, this one-man play about one of Jane Austen’s most charmingly roguish characters, is directed by Guy Unsworth and designed by Libby Watson.

Pride and Prejudice’s George Wickham is on the eve of his sixtieth birthday and wants to lift the sheets on exactly what happened thirty years on from where Jane Austen left him.


Adrian Lukis said:
I'm thrilled to be reunited with my old friend, George Wickham. Having spent years defending his dubious reputation, I look forward to finally setting the record straight, with the assistance of the immensely talented Original Theatre Company."

Being Mr Wickham is produced by Alastair Whatley and Tom Hackney for Original Theatre Company.