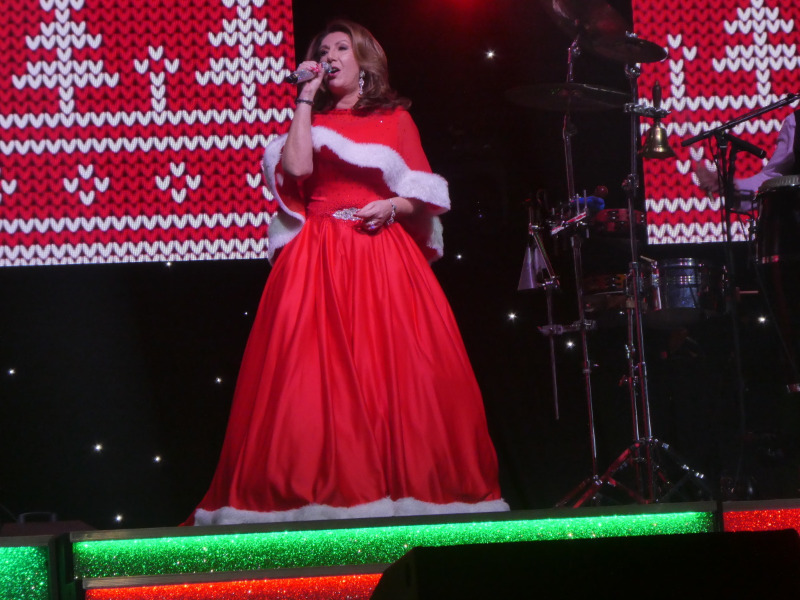 Glitzy, sparkling and joyous are all the things you associate with Christmas besides the religious meaning. You could apply any of those descriptions to Jane McDonald so it comes as no surprise that she chose to play a Christmas show in her home county.

If you were a Jane McDonald fan then the concert was an early Christmas present. Whether you know her for her TV Cruising programmes or for her singing career there is no denying that she is an all round entertainer.

She knows exactly what her audience likes and gives it to them, it could be an Abba medley or a Nile Rodgers run through of tracks such as Le Freak and Get Lucky but people are out of their seats and dancing as one big party as soon as she sings them.

Backed by an 8 piece band and 3 singers come dancers who looked like they had come off a late 1960's Cilla Black TV show, Jane was surrounded by a wealth of talent.


Also by Graham Clark...
Fightback Brewing Company Help To Save Our Music VenuesCatch This - Catch Fish And Chips Are Coming To HeadingleyHull Pantomime Is PostponedThe Coronas - True Love Waits (So Far So Good Records)Dining Al Fresco At Gino’s In Hull
She arrived on stage wearing a festive red dress as she sings the old Slade hit, Merry Christmas Everybody. The song might not suit her voice but hey, it's Christmas so who cares? "Are you in festive mood?" she enquiries. If the audience wasn't they were definitely in the wrong place.

Percussionist Jim Pitchforth joins her to duet on Baby It's Cold Outside and Fairytale of New York - their voices worked well together and the duets were some of the best highlights of the first half of the show.

It was like hearing all your favourite Christmas songs together from the last 40 years such as Merry Christmas Everyone (Shakin' Stevens) and I Wish It Could Be Christmas Eveyday (Wizzard). Mixed with her northern humour and a few innuendos in between the songs, her warmth came across to the audience.

It was in the second half of the show where there were many contrasts - O Holy Night showed her voice to good effect whilst Bitter Pill was a highlight too.

You're My World received such a rapturous response at the end of the song that you could probably hear it back in her home town of Wakefield. 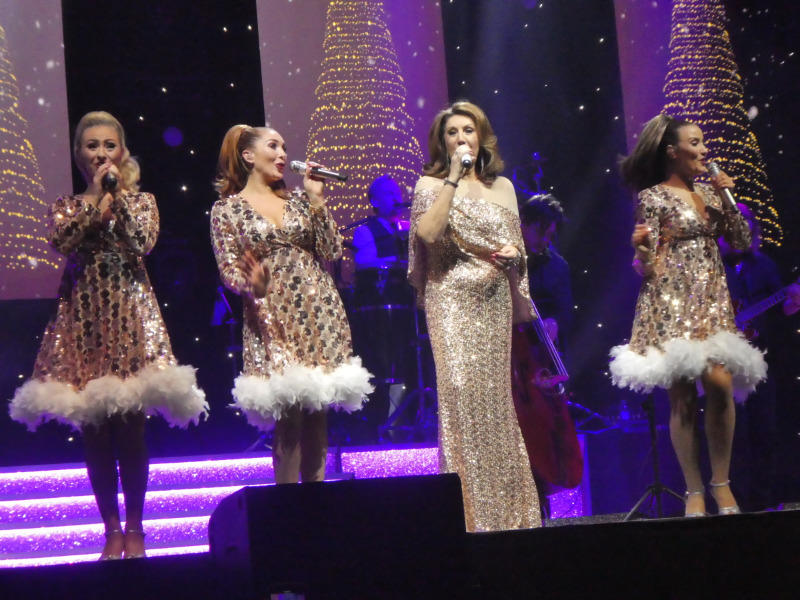 The emotion she felt whilst performing The Hand That Leads Me, dedicated to anyone who had lost someone close to them, in her own case her mother, was touching, proving that with the right song and feeling it does not matter that you are in a vast arena, if the emotions are strong they will connect with everyone - and she did.

Things brighten up with a Greatest Showman medley followed by the Queen classic, Show Must Go On. With a promise to return to Leeds Arena next Christmas it looks like this show will go on and on.