An area of Japan famous for its hot springs and the first ever European Samurai, is set to boost its image in the run up to next year’s Olympics with the opening of a new office in London.

Previously little known in the west – which is too often dazzled by the bright lights and urban sprawl of Tokyo – Oita Prefecture was catapulted to global fame thanks to the 2019 Rugby World Cup.

The capital of this small province on the western island of Kyushu won the hearts of the rugby community for the spirit they displayed while hosting five championship matches. In fact, it’s hospitality that Oita is perhaps best known for – or as the Japanese call it, “omotenashi”. This culture of service stems in part from the many hot springs (“onsen”) which bubble up from the area’s fertile, volcanic land. The spa town of Beppu is famous throughout Japan for its restorative qualities and sheer numbers of its onsen – and for the thick, billowing plumes of water vapour which lazily swirl through the air around town.The Oita Prefectural Government, in partnership with Tourism Oita, have decided to capitalise on the heightened profile of Oita ahead of the Tokyo Olympic and Paralympic Games (which have been until next year.

They have set up a ‘desk’ in London to promote and represent Oita to the UK and Europe. 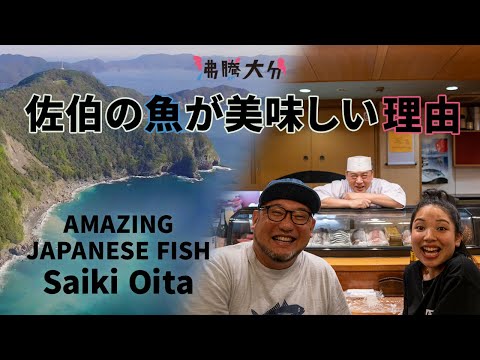 Here are a few of Tourism Oita’s favourites in Oita Prefecture:

Onsen: Oita has been known as Japan’s hot spring capital for centuries, and the healing properties of its onsen have been attested as far back as the 8th century. Beppu and Yufuin are the main attractions, but there are a total of 4,418 pure-water hot springs throughout prefecture (as of March 2018)
History: As Japan’s western island, Kyushu has an unusual history – it was the first part of Japan to be visited by European traders, who had success in converting the local lords to Christianity for a time, giving the island a uniquely cosmopolitan culture that lasts to this day
The only British samurai: This history includes the first two European Samurai, William Adams and Jan Joosten. These men were crew on a Dutch trading ship which drifted to shore, and despite being strangers in a strange land, rose to become trusted advisors to Tokugawa Ieyasu, the man who became the first new shogun (military ruler) of a unified Japan for many centuries. His two western advisers were awarded the singular honour of becoming samurai – a title rarely granted to non-Japanese throughout history
Food, drink and hospitality: Oita boasts abundant, fresh seafood and mountain produce, scenic spots, historic shrines and temples and luxury spas and hotels, all served by staff with the inimitable Japanese gift of omotenashi (hospitality)

Today, 420 years after the arrival of William Adams and Jan Joosten, there are more than 13,000 foreign residents in Oita, and over 3,500 overseas students from 93 countries and regions studying at the universities in Oita, which is one of Japan’s top areas for foreign study, as befits its history as the trading hub of medieval Japan.

Oita attracted around 1.2m foreign tourists in 2019, who found they were able to relax and interact more easily with the locals than they could in the more obvious and populous hotspots.

This is all thanks to the residents’ omotenashi, and their long-standing values of diversity and inclusion. We intend to make excellent use of the new London desk – and sincerely hope to convey the warm and welcoming spirit of Oita to you all.


Also by Phil Hopkins...
Late Deals – Mexico & Dominican RepublicSaga Launches Latest Holiday Range As It Looks Ahead To Return Of TravelDancing Down The Danube With Dame Darcey BussellHappy Planning Travel Guide For 2021Wallace Without Gromit & A Slice Of London’s Neighbourhood Village!