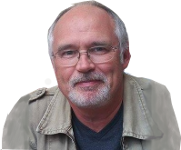 In a poignant talk, she describes the obstacles she's encountered in seeking treatment for her condition, whose root causes and physical effects we don't fully understand, as well as her mission to document through film the lives of patients that medicine struggles to treat.

Jen Brea has just had a film of her life with ME launched at the Sundance Film Festival, the brainchild of actor Robert Redford. The film is called 'Unrest' and is a must see for those wishing to learn more about an illness that could hit you tomorrow.

She has also recently done a 'TED Talk' on the subject of her life with ME. The talk is entitled 'What happens when you have a disease doctors can't diagnose'.

TED is a non-partisan, non-profit body devoted to spreading ideas, usually in the form of short, powerful talks. TED began in 1984 as a conference where Technology, Entertainment and Design converged, and today covers almost all topics -- from science to business to global issues -- in more than 110 languages, and can be found on YouTube.

What is Myalgic Encephalomyelitis (ME)?

It is a neurological illness that affects millions of people across the world. Currently there is no cure, and science is yet to discover the cause.


Also by Bill Clayton...
York Disability Rights ForumFantasy Football Helps The York ME CommunityEverest Base Camp Reached For ME Awareness!Heading To Everest Base Camp For ME AwarenessMike Runs 28 EU Marathons For ME Charity
Estimates are 250,000 in the UK and there are likely to be around 800 people of all ages in the York area, some 200 of them having severe ME, which means being house or bed bound.

These could be the friends you haven't seen for a while, your work colleagues, the guy who used to be there every week for football, or the neighbour you haven't seen walk down the street for some time.

This is a real illness affecting real people in your community. Having said that, it's also something affecting people word wide.

The York ME Community

The York ME Community is a Support Group reaching out to let people know that there is support in the York area. This is for those with ME, their friends, family or just for those who wish to learn more.

The York ME Community is here to help in any way we can and have connected with many local healthcare organisations to tap into yet more groups who may have members suffering with ME yet have no help in dealing with it. We are also looking for local businesses to come on board to help us raise awareness. Are you up for it ? If so, please get in touch and help your Community.