John Kirby: Quarter Of A Century Of Life-Changing Debt Relief

John Kirby
It’s been quite an emotional morning for John Kirkby. News that he is stepping back from Christians Against Poverty (CAP), an organisation he founded 25 years ago, has reached beyond the news wires.

From the Archbishop of Canterbury, the debt relief charity’s patron, to the hundreds of thousands of people whose lives have been transformed in the UK, Australia, USA, and Canada, want to say a heartfelt thank you.

John is upbeat but he takes me back to a desperate period of his life in 1992.

“I suffered a complete collapse of my life. My marriage had ended, I was hounded by debt collectors, living in one room with my girls, was extremely poor, and I felt abandoned. I wanted to get away from the mess,” he said.


The Most Revd and Rt Hon Justin Welby Credit: Jonty Herman/Lambeth Palace
The Archbishop of Canterbury, Justin Welby, said: “John’s religious conviction and passion for financial justice has been the driving force for an organisation which has grown exponentially since its inception and helped thousands of people free themselves from the prison of debt.”

“I would like to offer my prayers and warmest wishes to John as he steps down from his duties with Christians Against Poverty, which he founded 25 years ago this year. I hold both John and Lizzie in my prayers as they embark on their next calling and I remain honoured to be part of the organisation.”
It was a struggle for John and an immensely difficult time. But he was helped by someone introducing him to faith and, “four years later I knew I wanted to commit my life to helping people who were in the same position as I was.”

“I originally started out determined to help a few people in my local area, Great Horton, Bradford and look what has happened 25 years on. It’s amazing.”

John may have had the original idea, but he is keen to point out it was, and is, the team behind him that helped it come to fruition.

According to John, nothing has really changed over the years. Debt is still very much the same, and I am struck by the same issues around in a COVID-19 era.

“We are constantly adapting as any organisation does through our growth. Of course, the internet transformed access to credit, but all those things associated with debt fundamentally don’t change. The desperation and poverty that people experience is terribly similar, and it is the same things that help people.

“Working with people against isolation, making sure you stand up for people but doing it in a spirit of cooperation with the creditors, rather than conflicting with them, is important. We have achieved a lot of the years and we have done so by influencing the finance industry.

“It’s also about standing up on behalf of clients. So, in many ways nothing much has changed and that is reflected around the world. It is still the same human need not to be alone and needing someone to really stand on your side and help.

That is what the amazing CAP team have done across the world for 25 years.”

This is borne out with the accolades that CAP. and John personally, have received. The litany includes The Times Best Charity to Work For, The Sunday Times Leaders of the Year, a CBE, and a doctorate from Bradford University. 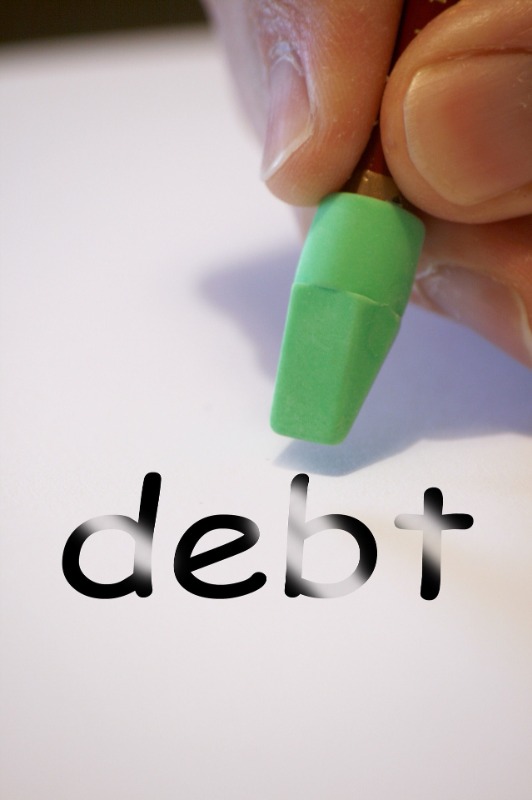 But for John the biggest reward as he looks back over these 25 years is seeing clients.

“I have always helped clients myself and just this week I was with Lorna. She came to us 14 years ago and we helped her. She has just given birth to her daughter and she is married, in a secure home and living an amazing, transformed life.

“For me, the biggest thing is how lives are changed. We get to see thousands upon thousands, and for my wife Lizzie and I, we see that transformation in people ourselves.”

Changing people’s lives has made an impact on John and when we chat about the number of people Cap has helped it is a staggering 100, 000 plus, and it is 24000 people in the UK alone every year. The people CAP has helped struggling with unmanageable debt have also been supported through CAP Debt Centres, the CAP Money Course, CAP Job Clubs and CAP Life Skills groups.

Speaking on the impact of the past 25 years, John says, “Whilst I’m leaving my role at CAP UK, I will always be the charity’s founder and my heart to see CAP grow and play its part in seeing God’s kingdom advance will never leave. I’m delighted to look at the organisation CAP is now and wholeheartedly known that I have played the part I was called here to do. I see an organisation made up of people who are strong in mission and faith, ablaze with passion and overflowing with compassion for those they help.”
“It’s Unbelievable how far we’ve come. As I move on, I feel exhilaration, disbelief, and amazement, that we have had the privilege and honour of helping hundreds of thousands of people around the world.”

“Somehow, out of my desperate experience so much good has come out of it and I leave with that sense of joy. I am still going to support CAP, as Founder and stay connected.”

As we come to the end of our interview John talks about his legacy. He has been pondering that for some time now.

“For me, my legacy is in the heart of the people who, like me, are committed to the work we do. It’s their enthusiasm for what we are doing, their enthusiastic commitment to help the poorest in society and their determination to really stand up and help.

“I am excited in the people who will continue to lead CAP, Paula [Stringer CEO] the teams, and board. It has been my life, but a founder has to know when to leave and we have made the right decision at the right time.”
For now, the 60-year-old, who has also been married for 25 years is going to take some “well-earned time over
the summer and reflect”.

“I am not for retiring and I can’t imagine not doing anything related to continue this life’s passion to help the poorest in society.

“It has been a transformation and 30 years from my desperate days I have been transformed and so for everyone there is always hope.”


Also by Andrew Palmer...
Government Urged To “Give People In Villages The Same Opportunity As Those Living In Bigger Towns And Cities”Sunak Gulps Sturgeon Flounders"We Must Remain On The Side Of The Motorist." Chris GraylingSheffield MPs Call On Grant Shapps Not To Scrap Rail Link Plans To Manchester AirportLabour’s Shadow Chancellor Anneliese Dodds - "This Crisis Is A Wake Up Call For The Chancellor"