Just In A Day! – Beamish Museum

“Shall I go in fancy dress?

“What do you mean? I thought you said it was an ‘old-fashioned’ place about history and that everyone would be in vintage clothes.”

“Well it is and they are but that doesn’t mean that you……….” I stopped short of finishing my sentence.

Explaining the concept of Beamish ‘The Living Museum of the North’ to a Filipina newly arrived in the UK was never going to be easy but, after something resembling a one-sided ‘discussion’ – me talking and her eventually listening - I finally convinced my wife that the 64-mile drive north would not only be worth it, but that a pair of jeans and a waterproof, along with a flask and some sandwiches, would be absolutely fine!

And that was the ‘condition’ in which we arrived at this wonderful attraction recently, my other half for the first time and me for the second, albeit some 20 or so years since my last visit.

For years museums had been stuffy affairs and then along came visionary Frank Atkinson. In 1958, days after taking up his post as Director at Bowes Museum, Atkinson presented a report to Durham County Council urging that a collection of items of everyday history on a large a scale should begin as soon as possible, so that eventually an open air museum could be established. 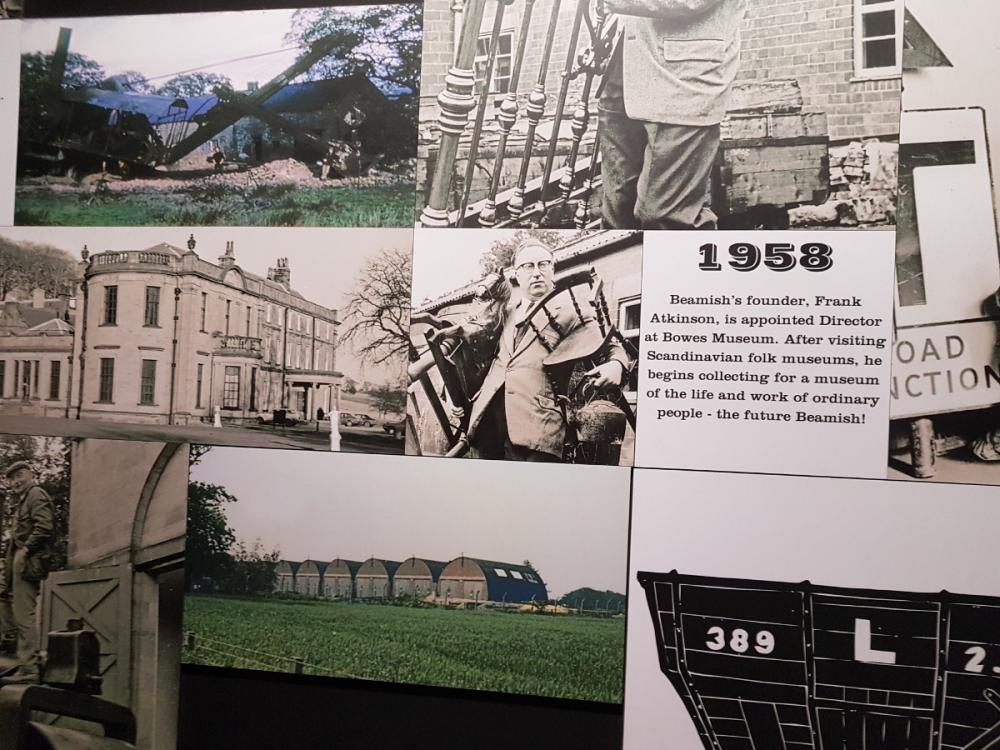 As well as objects, Atkinson’s intention was to preserve the region's customs and dialect whilst illustrating the way of life that ordinary people in the region once led.

Within 12 years his dream had become a reality and the rest as they say, is history! The great man died in 2014 but his legacy lives on.“Let’s go into the Masonic Hall,” said my friend. Hard to believe but this great edifice – a cornerstone of the 1900’s Town - was moved brick by brick to the current Beamish site at Stanley many moons ago, courtesy of funding from dozens of local Masonic lodges.

Inside, it might not seem much until you look a little closer and listen to one of the wonderful guides who are on hand to not only ensure you are wearing your Covid mask, but to probably tell you something you didn’t even know.

“You can tell a Yorkshireman but you can’t tell ‘im much,” quipped my brother. However, 20 minutes later he realised how wrong he was! The guides are so well informed and if enthusiasm is a prerequisite to employment at Beamish then you will leave enthused with a new invigoration for history.Some elements of the museum aren’t operating at the moment because of Covid considerations but this does little to detract from an overall excellent experience…..and you will certainly be fitter after a good three or four hours tramping around this huge 350 acre site! However, whilst the vintage trams are not in use at the moment... 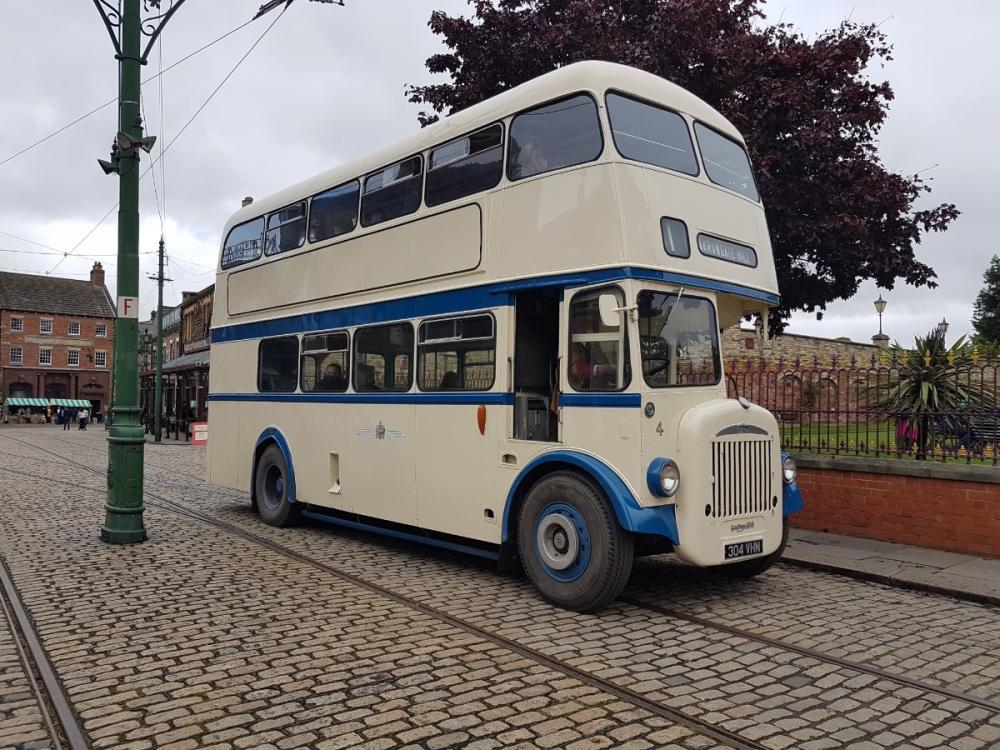 ...there is still a double decker bus to to ease the thigh pain and to ferry the physically challenged to the main ‘town centre’ where everyone can indulge in memories of ‘how things used to be’.

Last year a replica of Leasingthorne Colliery Welfare Hall & Community Centre near Bishop Auckland, opened at the museum, the first building in the still under development 1950’s Town which will eventually include a cinema, shops, houses and café as well as a 1950’s farm. 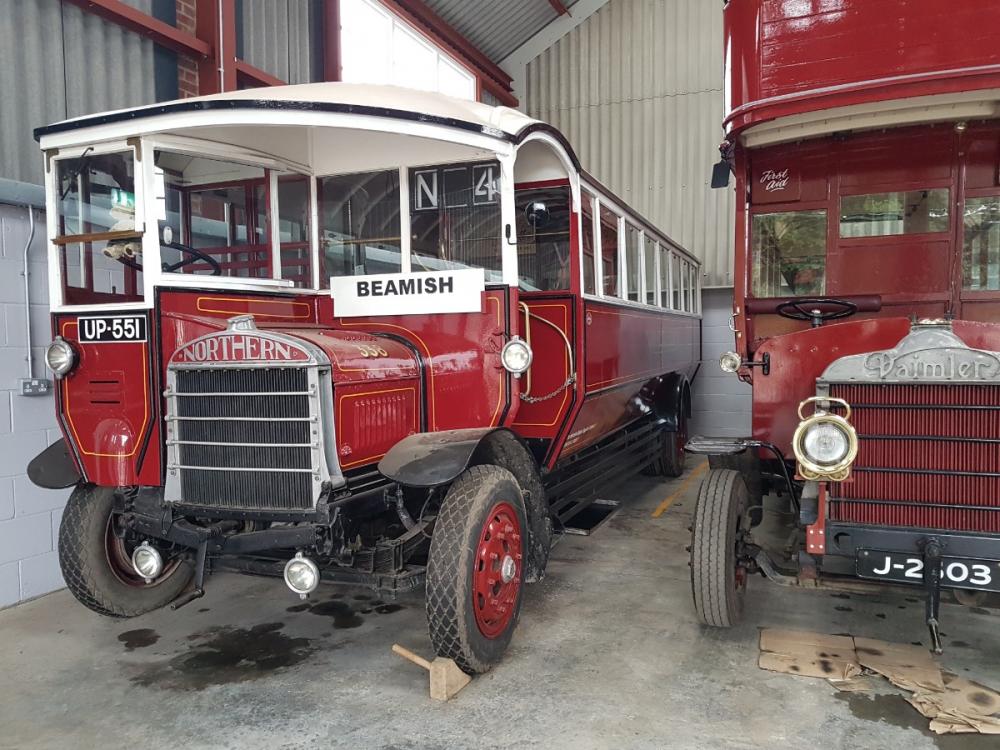 A day out at Beamish costs £19.50 for adults and £11.50 for children up to the age of 16 with concessions and group tickets available.

If there's one certainty about Beamish 50 years on from its inception, it's that it remains unique. The cottage gardens are cultivated, the people feel real, as do the 'costumes'[, the backdrops are fantastic and if history is supposed to be fun then you'll definitely have a great, family day out that'll be remembered for years to come.

Without doubt this living museum is alive and well six decades on from when it was still an idea in Frank Atkinson’s mind. RIP Frank Atkinson – visionaries of his calibre only come along once in a blue moon. Details: www.beamish.org.uk