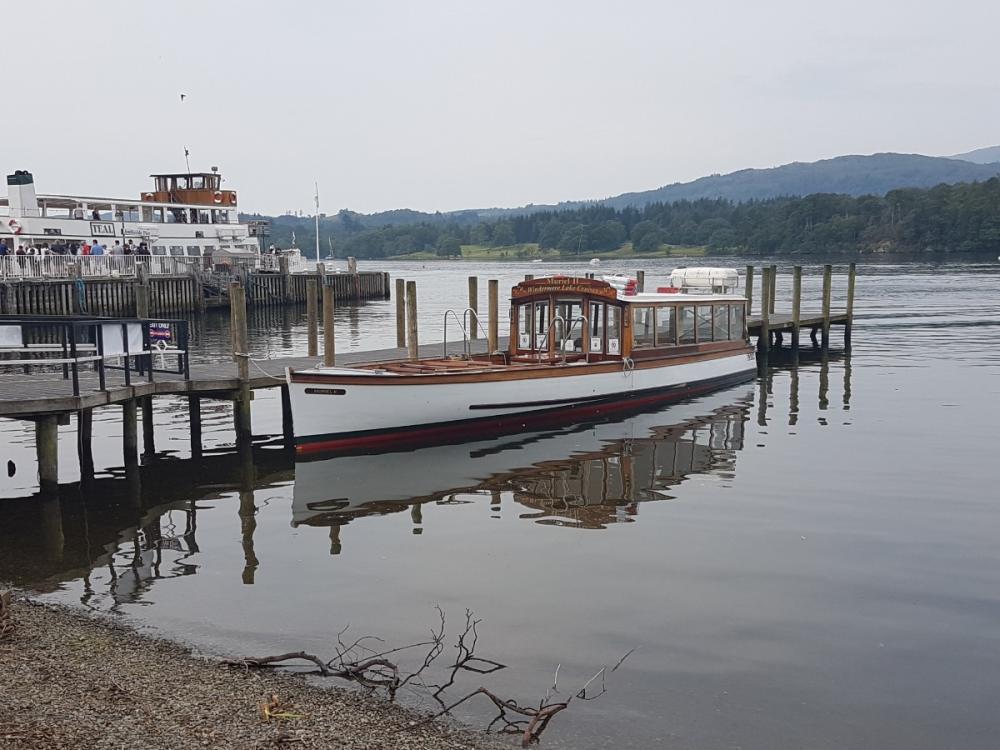 Windermere - England's longest lake.
The Lake District and, more specifically, the County Hotel in Kendal reminded me recently of one of journalism’s most important lessons: that the word ‘unique’ should never be preceded by the adverb ‘almost’!

My former news editor, Fred Willis, would regularly dole out his wisdom but, on the occasion in question, elaborated: “That is because unique means ‘one of a kind’ so it is impossible for something to be almost unique’”. I never forgot his words.

The County Hotel on Station Road is in the south Lakes and is distinguished by its uniqueness, thanks to General Manager, Frederick ‘Otieno’ Milando. 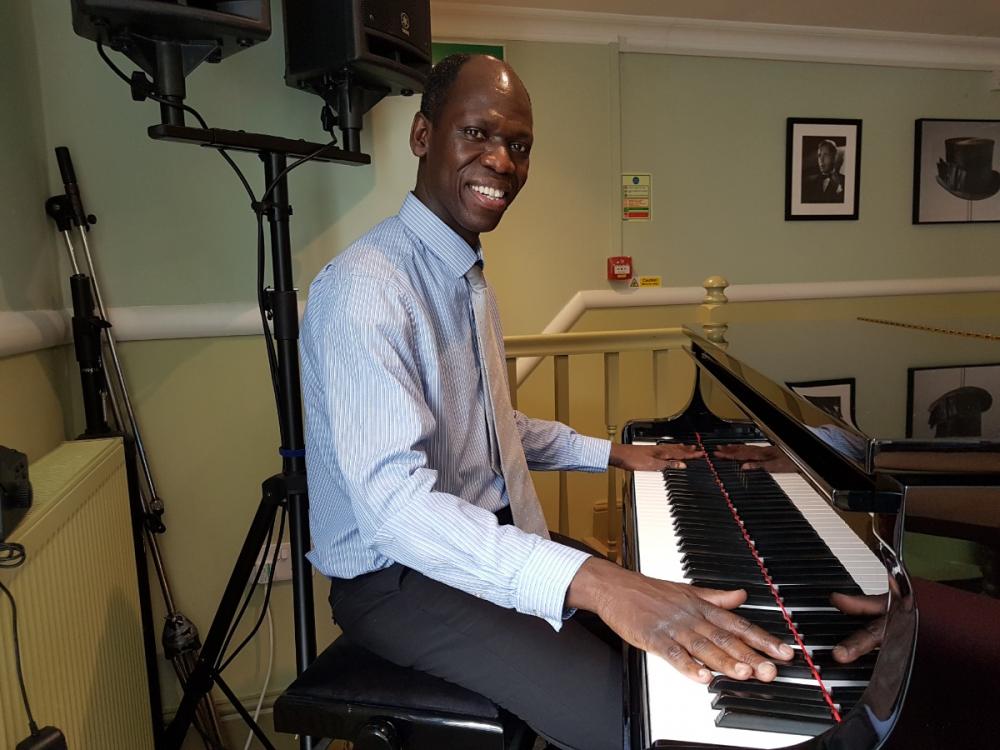 Frederick Milando, orchestrating the County Hotel's success in Kendal.
This son of Kenya – his Luo tribe is from the same Nilotic ethnic group as the Masai – has lived in the Lakes for more than two decades, and has been putting his unique stamp on the 41 room County Hotel since it was opened by Daish Holidays in May last year following a comprehensive refurbishment.

“My tribal name, Otieno, means ‘born at midnight’,” he says proudly, leaving you wondering whether this ubiquitous GM actually sleeps!

His beaming face greets you at the front door, he shows you to your room, carrying your bags if you need any help, serves dinner and breakfast with his team of waiters, announces trips and fire alarm tests and even writes and delivers the evening quiz 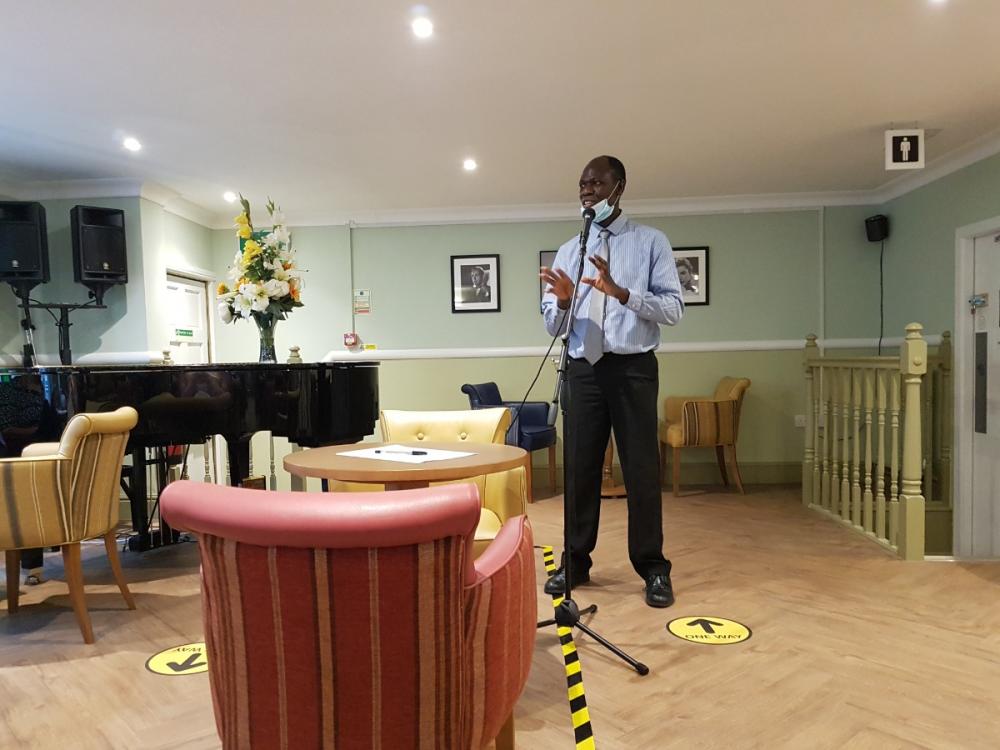 dispensing, in between, words of wisdom with the occasional monologue or song in Swahili!

Fred, who has been a resident of the Lake District for 21 years, lives in the area with his wife, Peninah and two children. He was originally the top student at one of Nairobi’s leading hotel schools, and his prize was a European attachment: he arrived in the Lake District and never went home!

“I have always been passionate about hospitality and try to place myself in the shoes of my guests, so that I can understand their needs and hopefully send them away feeling happy with a desire to return.”

It must work because many of them come back time and again, no doubt to see ‘Fred’ who still finds time in his daily routine for a one and a half hour run at 5.30am every morning.

“Running is a way of life in Kenya,” he said, “and remember, you only get tired if you believe you are tired!” More free wisdom.

We left the hotel for Bowness to catch one of Windermere Lake Cruises 25-minute sailings to Ambleside. 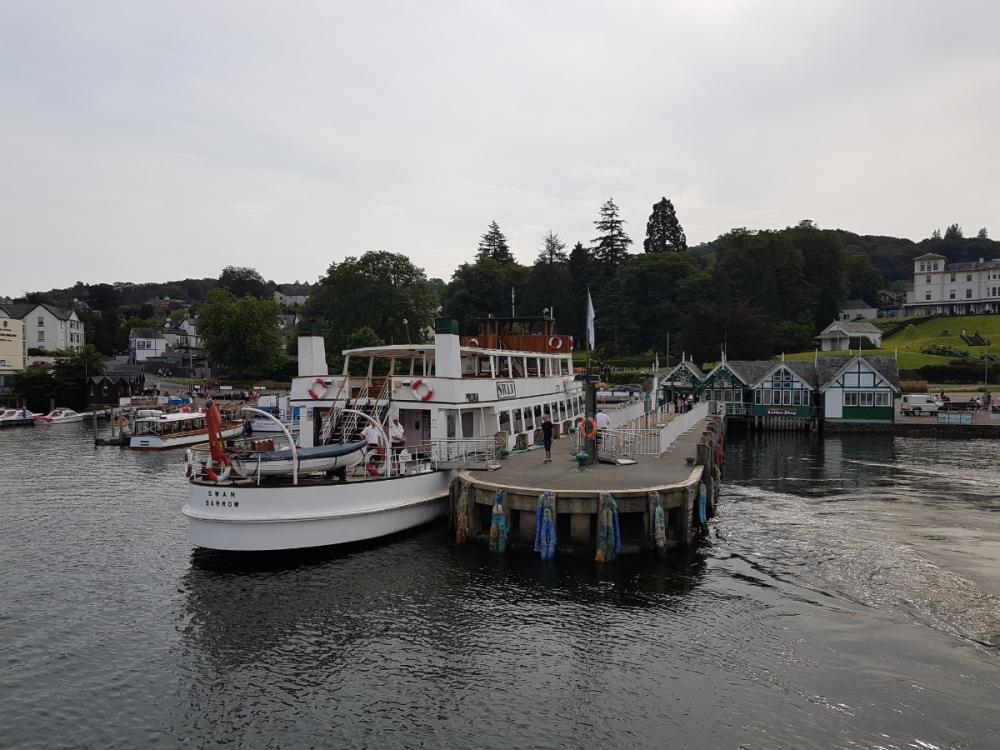 By 9.35am we were parked and ready to walk to Pier One. Eleven miles in just 30 minutes; welcome to rural England!

We quickly downloaded the ‘PayByPhone’ app so that we could pay on the move, leaving those with cash to join the lengthening ticket dispensing queue.

The weather was glorious and, had it not been for every passenger wearing a mask and promising to remain seated for the duration of the sailing, because of social distancing rules, it would have been easy to believe that this was a ‘normal’ day and not part of the ‘new normal’!

But with the sun beating down – we had opted for the external top deck on our pre-booked seats - we had no regrets and watched the small flotilla of boats sailing up and down Windermere, England’s largest lake at 10.5 miles long. 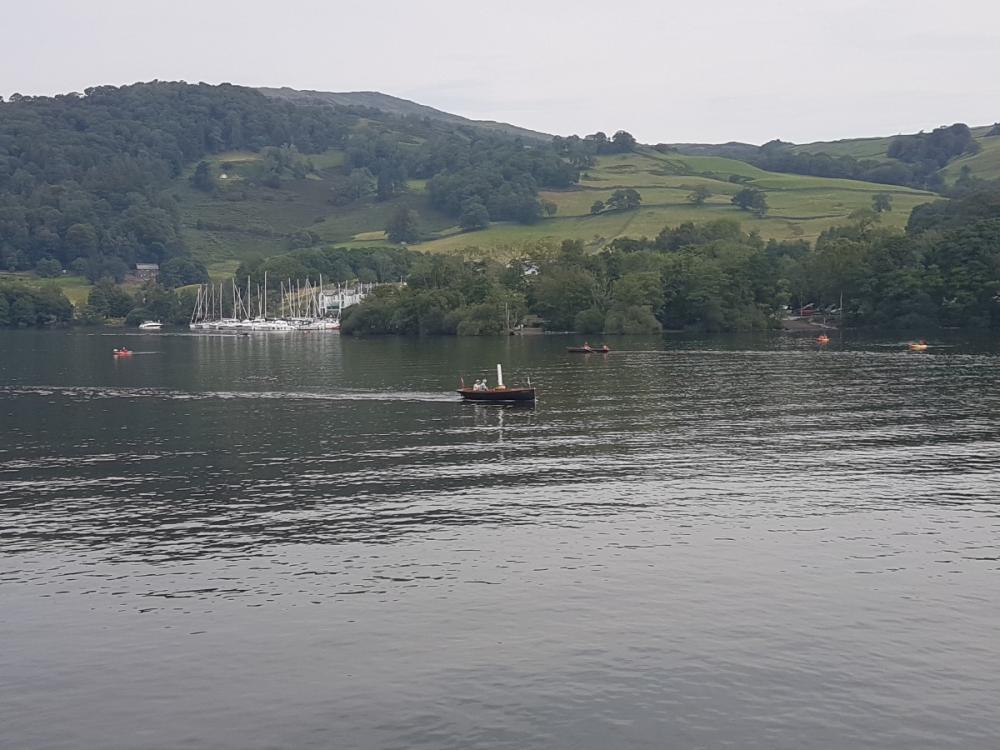 Ambleside was quiet but hotter than an Indian summer, and we had two hours to check out the vicinity of the lake and toast ourselves nicely before heading back on the 1.05pm return sailing to Bowness which, by the afternoon, was heaving with day trippers.

A sandwich and two coffees costing £14.50 left us reeling with the final insult that no one would take two single pound coins for an ice cream: “Sorry sir, we are no longer geared up to taking cash. Card only.’ Really? Had Covid just become an excuse to get rid of Sterling?

However, my failure to secure vanilla or mint chocolate chip did not lessen the enjoyment of Bowness’ highlight, the World of Beatrix Potter Attraction, 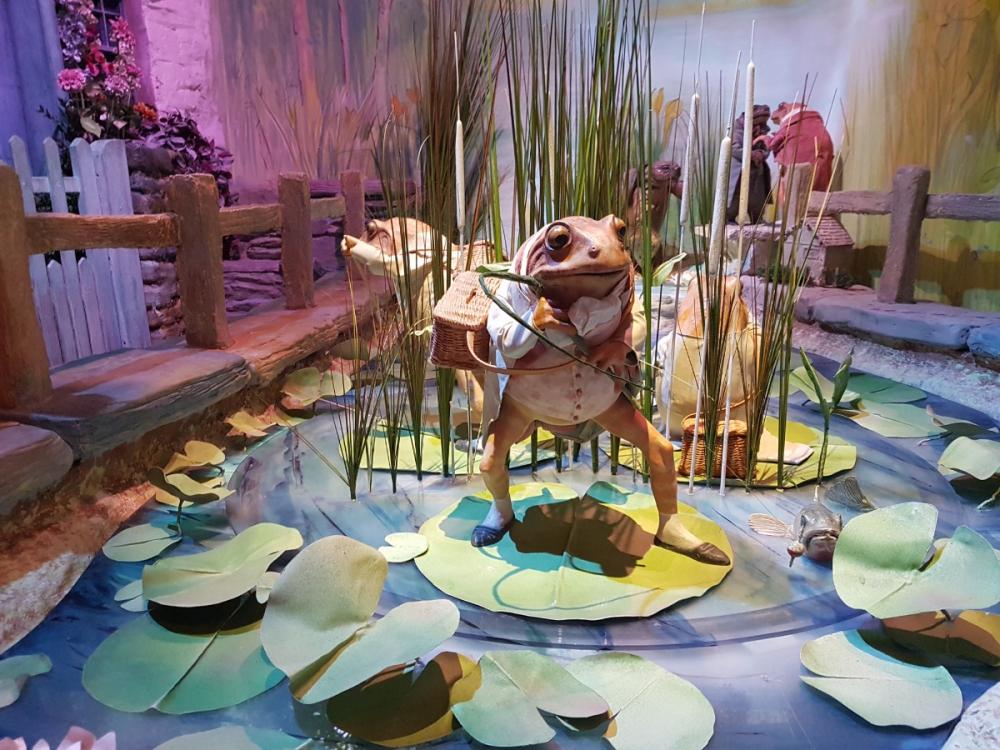 one of the most beautifully curated museums I have had the pleasure to visit. Well worth the £7.20 adult entrance fee and a must for young children.

Windermere itself was just as busy as Bowness and its ice cream retailers equally as determined not to accept cash! However, there was still time for a bottle of water and a moment of regret as we looked in the windows of several estate agents to contemplate all the stunning properties we’d never be able to afford.

Returning to the County Hotel towards the end of the day, Fred was there again at reception. “Welcome back,” he said before advising that dinner would be at 6.30pm. 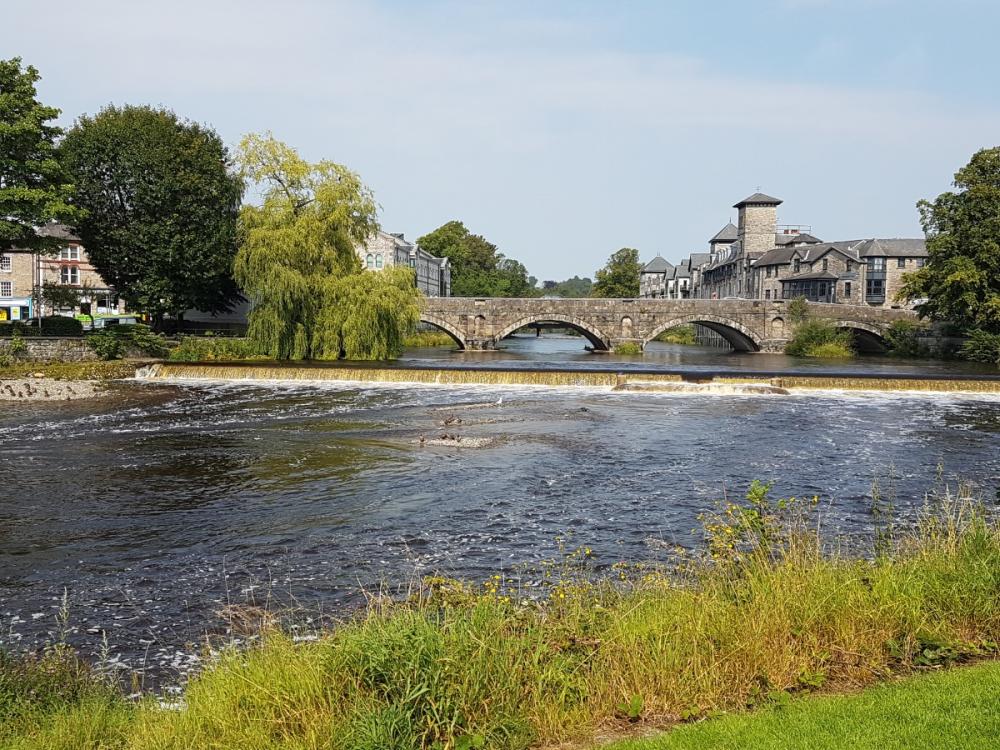 with its shopping arcades, two castles, two museums and a host of historical buildings, bridges and fine restaurants.

Within a couple of hours we were ready to dine back at the County Hotel as three waiters, including the ubiquitous Mr Milando, began serving the entire dining room of well over 30 people, like whirling dervish. The menu was limited but the food piping hot 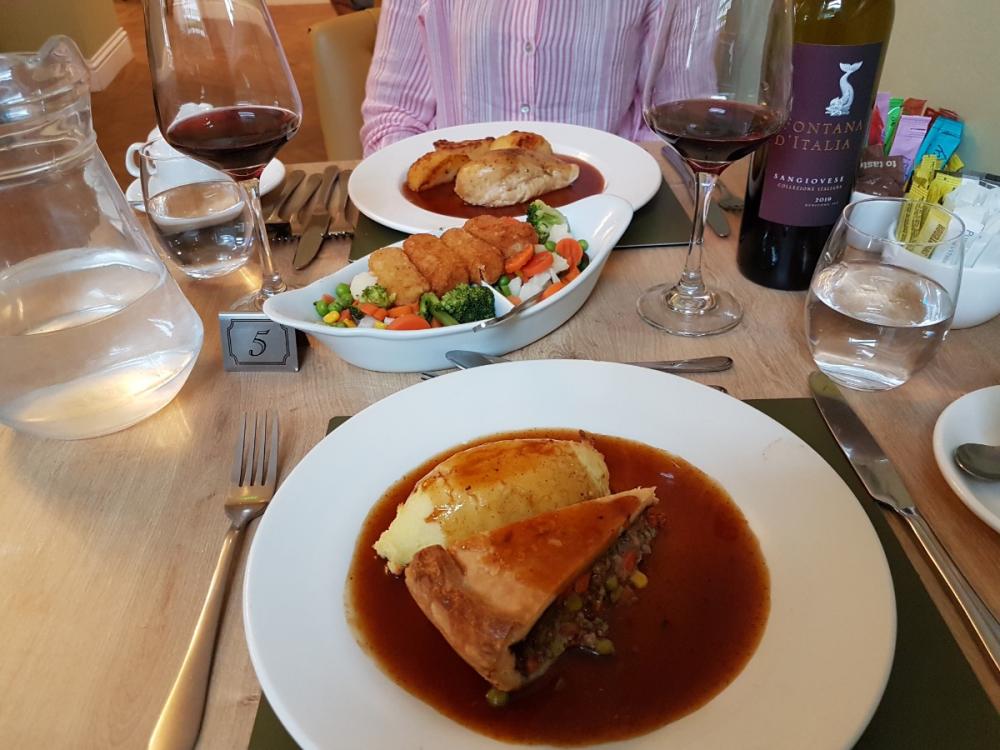 and British to its core. We were not disappointed.

Later there was even time for Fred’s impossible quiz – in which town in the Lake District is the Cumberland Pencil Museum? - and there was lots of banter between the ‘I don’t have a clue’ guests, most of whom had gelled with each other en route by coach from the South. 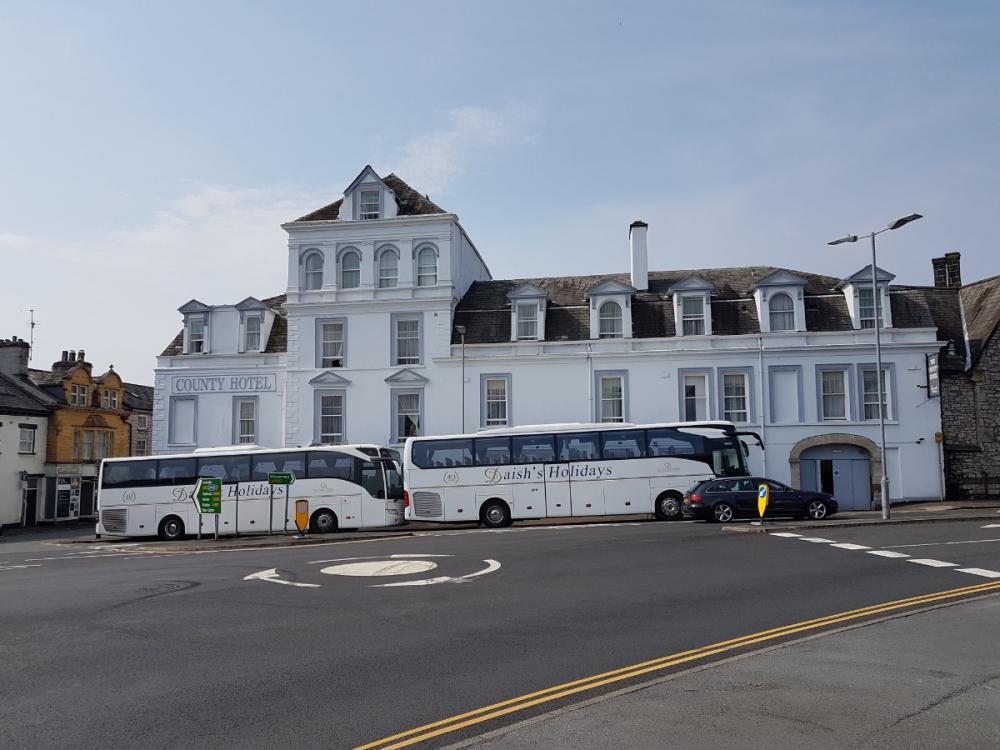 Linda and Norah, the latter originally from Northern Ireland, but now a resident of Gloucestershire and a veteran of coach trips, couldn’t praise Fred and his team enough.

And that has to be Daish Holidays' X-Factor: keep the prices down, give people value for money, be nice and the same folk will return time and time again. Clearly it works.

What had begun for me as a return visit to the Lake District after many years of absence, had turned into a wonderful two-day adventure.

When she died in 1943 aged 77, Beatrix Potter, to my amazement, left 14 farms and 4,000 acres to the National Trust along with her flocks of Herdwick sheep. 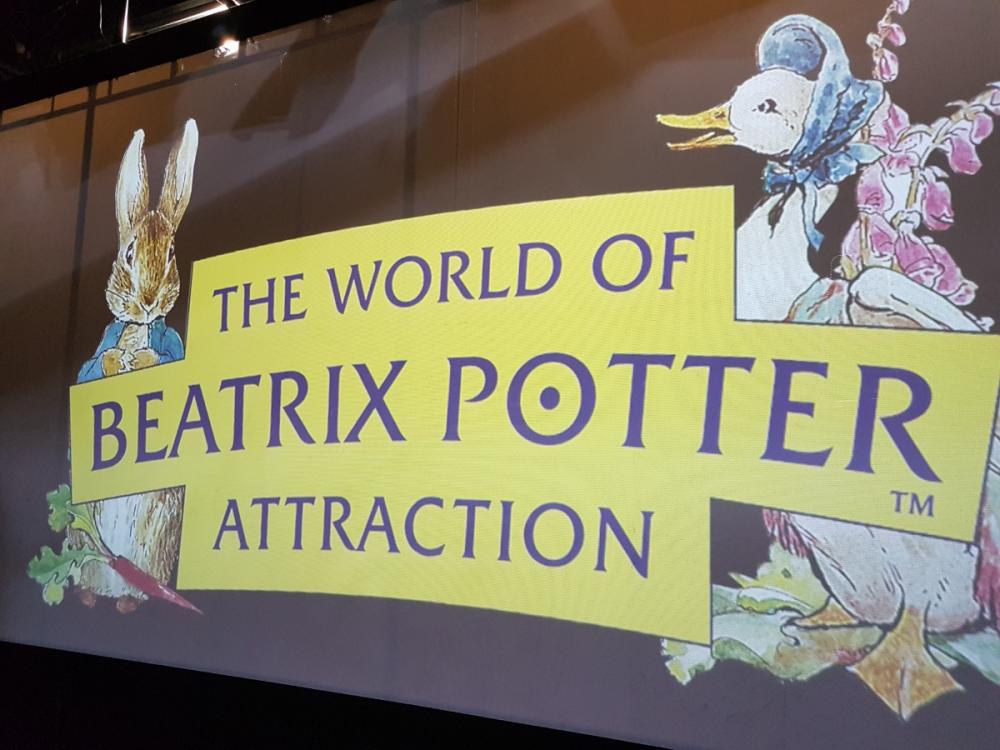 She was able to achieve that because she’d become a best-selling author, most probably one of the country’s first ever ‘National Treasures’ and clearly a true star of the Lake District.

I had a strange feeling that Frederick ‘Oteneo’ Milando was already Daish Holidays’ ‘National Treasure’ and, with a family farm in Kenya, he was already on his way to following in the footsteps of the Lakes’ most famous lady!