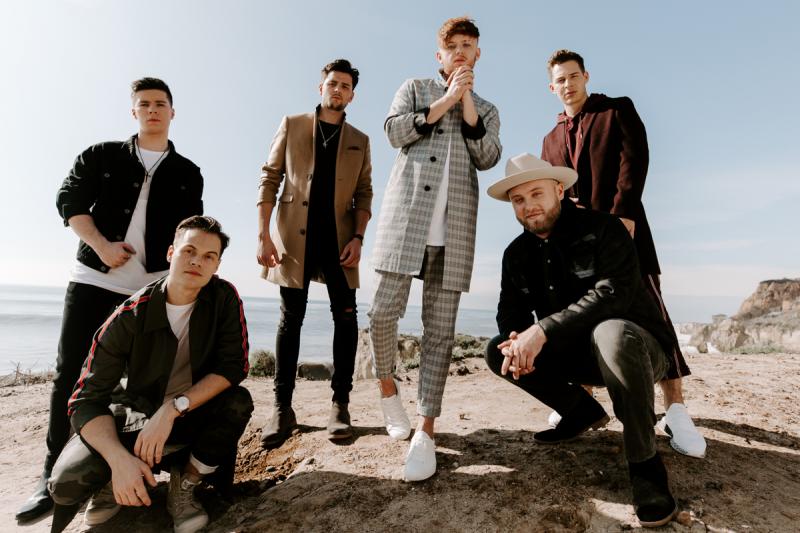 King Calaway
Launching a boyband is a tricky business. For every Take That or Backstreet Boys, there are a million bands like Upside Down, Scandal, Stereo Kicks and Next Of Kin. The bands who nearly make it, but are missing that little something extra that makes them connect with a hysteric audience. The latest boyband making waves in the States is the truly international sextet King Calaway. With a marketing strategy that should see them appeal to their many home audiences and the international market simultaneously, they are hoping they don't fall into the aptly named Worlds Apart flash in the pan pot.

Boasting beautifully blended vocals, the sextet is formed of members from 3 different countries (America, Gibraltar and Scotland), who have all had modest success as solo artist before being pieced together by a record label for bigger impact. However, is there enough weight to their debut record to see them catapulted from appearances on the Jimmy Kimmel show to international household name status.

The answer is sadly not. While there are flashes of N Sync inspired harmonies, the soulful edge of 98 Degrees is met with a Train-esque country pop vibe that feels a little too paint by numbers. While the addictive Obvious is a clear standard, particularly as it highlights Simon Dumas' Danny Jones vocal quality and lead singer potential, the rest of the album fails to connect the emotional content with their listener.

All a little too polished and produced, King Calaway are a group with potential but who fail to reach it on their debut release. With just a little more of the playfulness of McFly's country leaning Love Is On The Radio, toe tapping drive of Hanson' Thinking 'Bout Something, soulful depth of Backstreet Boys' I'll Never Break Your Heart or the heartfelt sincerity of One Direction's History and the record would have found its feet. As it is, King Calaway have a lot of work to do on the live circuit to ensure they have the chance to win audiences over on album #2.