Kylie Invites You To The Disco On New Year's Eve

With all of the north of England now in Tier 3 or 4 we need something to brighten up what has been a year we will all never forget. Kylie Minogue released one of the most uplfting albums of the year in November with her Disco album. Full of what good melodic pop songs it has rightly been claimed to be one of the albums of the year. 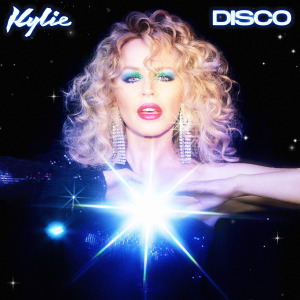 Now with all the best made New Year's Eve plans looking as sorry as the remains of the Christmas turkey what better way to put a sprinkle in your footsteps, a melody in your head and a tune as infectious as that dreaded C word, than a stream from one of the most successful female singers of the last 30 years?

‘Kylie: Infinite Disco’ takes viewers through a parallel universe from solitary isolation to an alternative euphoric dance-floor community of togetherness. The performance premiered last month following the release of the aforementioned album ‘Disco’ and was a global success, with tickets purchased in 100 countries across the world.

The 50 minute special performance, co-directed by Kate Moross and Rob Sinclair, features many of the tracks on Kylie’s critically-acclaimed album ‘Disco’ released last month via BMG. ‘Disco’ entered the album charts at Number One, becoming Kylie’s eighth Number One album and making her the first female artist to achieve five number one albums in five consecutive decades.

The show will not be available to view on demand after it has been streamed. The stream will commence at the following local times on 31 December, with fans able to choose whichever stream they prefer.

Tickets are on sale now - https://kylie.lnk.to/tickets.


Also by Graham Clark...
Book Review - All The Tw*ts I Met Along The Way - Carolyn Hobdey (Filament Publishing)Now You're Cooking As The Grand In York Launch On Line Cookery ClassesBring Me The Horizon Are Coming To HullFrank Turner To Perform Live Online Concert To Save Leeds VenueInterview With Daniel Donskoy