Labour Race To Push The Button 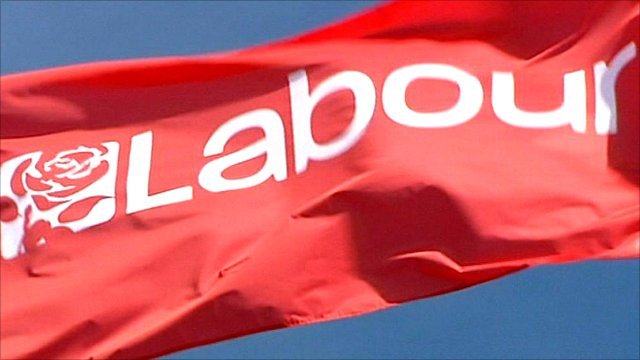 The Labour Party leadership race is finally under way, though perhaps we shouldn’t mention race too much while they still have that little problem with the Equality and Human Rights Commission. The contest was triggered by the party’s disastrous showing in the general election, after which Jeremy Corbyn didn’t so much fall on his sword as tread on a discarded garden rake down on the allotment. With the same sense of urgency that he’s dealt with the anti-Semitism crisis, Corbyn announced that he would resign eventually. In a mere three months, the new leader will be decided, just in time not to have any chance of making a positive impact on the local elections.

In one of the more bizarre false starts in this race, obscurity’s Barry Gardiner announced from Abu Dhabi (attending a climate change conference, obviously, in an oil-rich Gulf state) he was going to join the race, only to realise a few hours later that he had no supporters and change his mind.

For the other contestants, the media appear to have decided to reduce matters down to a simple question of how many marks out of 10 Jeremy Corbyn deserves for his leadership. While Rebecca Long-Bailey believes he was worth 10 (not sure which election you were watching, Becky), Emily Thornberry went rogue and scored him a zero. I’m only surprised she went as high as that.

When not forcing the candidates to play Numberwang, the only other question that appears to matter is whether they would Push The Button. This is one of those trick questions that Labour politicians seem to be unable to master, much like, “Are you going to apologise for anti-Semitism?” If you’re going to stand for leader, you’ve got to work out that the only answer to whether you’d be prepared to incinerate millions of people in a thermonuclear annihilation is, absurdly, “Yes.” I hate to point out that your “deterrent” is maybe not working if you’re having to actually use it, but money well spent either way, eh? The candidates really need to start treating that question with the ridiculousness it deserves and start gushing with enthusiasm at the thought of the mass slaughter of the world population. Then again, maybe it would be better to be honest and point out that no British Prime Minister will ever push the nuclear button unless the President of the USA says so (though that does look pretty likely at the moment).


Also by Roger Winterbottom...
Boom Bong A BungPolitics: Calling All Weirdos And MisfitsA Year Of Upheaval
Other highlights of the campaign so far include Rebecca Long-Bailey’s article setting out her vision for taking Labour back into power with “bold, transformative solutions” and by reviving “progressive patriotism and solidarity”. Yes, that’s the kind of down-to-earth language that will bring the working-class support flocking back. Still, it’s better than Clive Lewis’s brilliant suggestion that what we really need just at the moment is another referendum, this time on the royal family. Clive – the last referendum didn’t go quite as well as you might be remembering. Maybe give it a few years? Or decades?

In a sign of what any future leader has in store for them, the Telegraph ran a story this week saying that Rebecca Long-Bailey “looks like the love child of the Roswell alien and Mrs. Merton”. Stay classy, guys. I know you don’t really care what their policies are, but you could at least pretend you’re taking the female candidates seriously. And if you’re going to talk about a “love child”, I think the current Number 10 inhabitant has some personal experience in that field.

The frontrunner in the leadership race, Keir Starmer, is meanwhile locked in an ongoing side-struggle to keep the word “millionaire” out of his Wikipedia entry. Just let it go, Keir. If you win, you’ll be tagged a “champagne socialist” anyway. If Long-Bailey wins, she’ll be damned as “Red Bec”. But whatever you do, don’t eat a bacon sandwich.

But Labour doesn’t need the media to create discord and division: it’s perfectly capable of doing that all by itself. Different sections of the party label each other as Trotskyists, Leninists, Marxists, in a Pythonesque echo of the Judaean People’s Front / People’s Front of Judaea.

Then there are the labels applied according to more recent—and not so recent—affiliations: Blairites, Corbynites, Bennites. I’m not sure if anti-Semites fit into that category, though I hear they’ve been popular in the party in recent years.