I have to admit, I have never been a huge fan of Lana Del Rey. Her music always seemed to be too laid back for me. Something that was always there in the background and it never really grabbed my attention. 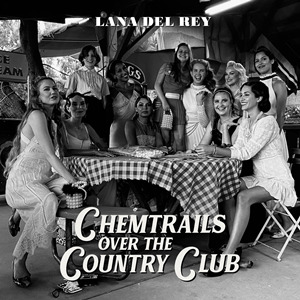 On this her sixth album nothing seems to have changed too much - her inspiration seems to be based on folk music and Americana against a backdrop of soft, melancholy songs. The more you listen to the album though you might find the melodies do weep into your head.

A good example is Breaking Up Slowly, dare I say a haunting song that works well in its delicate setting. She shares the vocals with country singer Nikki Lane where she sings about not wanting to live a life of regrets and “I don’t want to end up like Tammy Wynette”.

On the opening track White Dress she sings in a whisper about her life before her success, when she was a waitress at 19 and listened to jazz and the White Stripes, when they were quite hot and the Kings of Leon. The latter two you would never have guessed were her favourites as their music is as different as chalk and cheese from that of Lana Del Rey.


Also by Graham Clark...
Socially Distanced Down At Everybodys All Day Social, GuiseleyFood And Music Is On The Menu At CrEATe As Part Of Leeds Food FestivalNow Thats What I Call Music 8 Gets A Re-release 35 Years LaterGary Powndland - The New Comedy Star Brings His Sell Out Show To The NorthRyedale Festival Springs Into Life With An On Line Edition
She seems to go back to the past again on the title track of the album but it is the waltz like Wild At Heart when things come into their own - the song sounds like an old standard that I am sure will be covered by many artists in years to come. There is a touch of country music in the song that an artist like Alison Krauss would be proud to cover.

Another stand out track is Dance Til We Die where she sings “I’m covering Joni and I’m dancing with Joan, Stevie is calling on the telephone," I assume that Joni is Joni Mitchell and Joan being Joan Baez with Stevie Nicks being the Stevie here and not Stevie Wonder! If you like any of these artists (apart from Stevie Wonder) then you will certainly enjoy this album.

In fact the album ends up with a cover of the Joni Mitchell song For Free which here features Zella Day and Natalie Mering.

When she does eventually tour her popularity might mean that she can easily fill arenas, but these delicate and fragile songs would sound out of place in such a setting.

I am gradually becoming a fan but for the believers - you already know that Lana Del Rey is a huge talent.