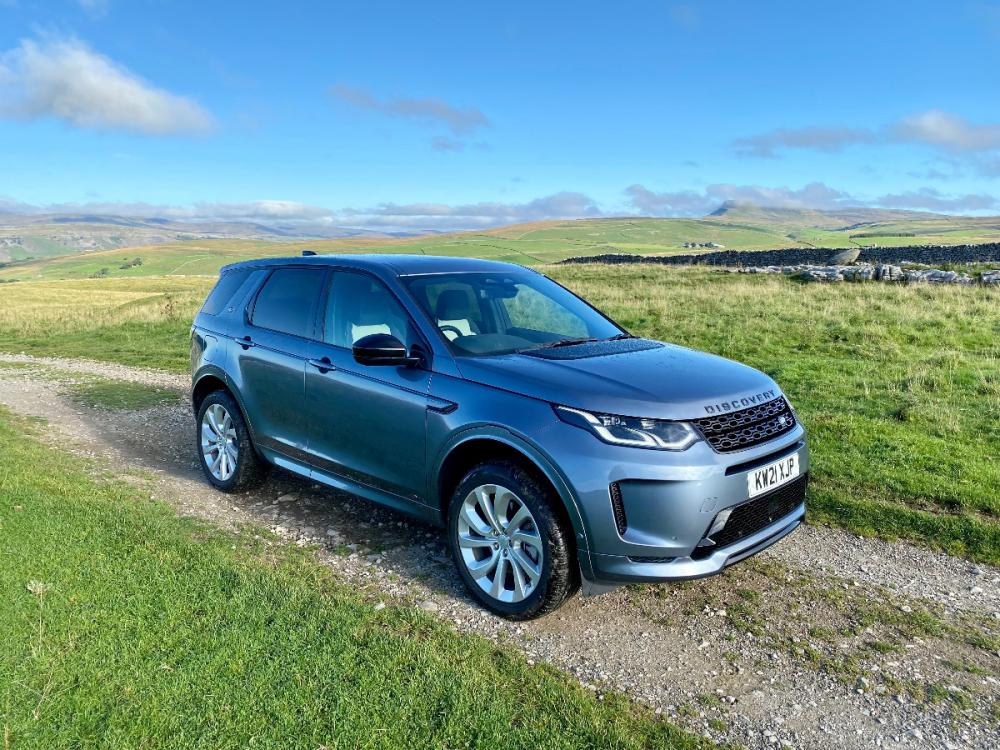 I was lucky enough to watch the first Land Rover Discovery Sport roll off the production line at Halewood way back in 2014. It remains the company’s best-selling model.

The second-generation model has been on sale now for a couple of years, using Land Rover’s premium transverse architecture, the aim being to deliver greater refinement and comfort whilst meeting ever more stringent global safety requirements.

Car manufacturers are rapidly electrifying their ranges, ahead of forthcoming changes to legislation later this decade. Not only that, but for the company car user, taxations rates are now prohibitive for any car without some form of electric propulsion.

On test here therefore is a plug-in hybrid Discovery Sport, which mates a 1.5-litre petrol engine with 15kWh lithium-ion battery, powering an electric motor. Tax savings and up to 43 miles of electric only running are promised. 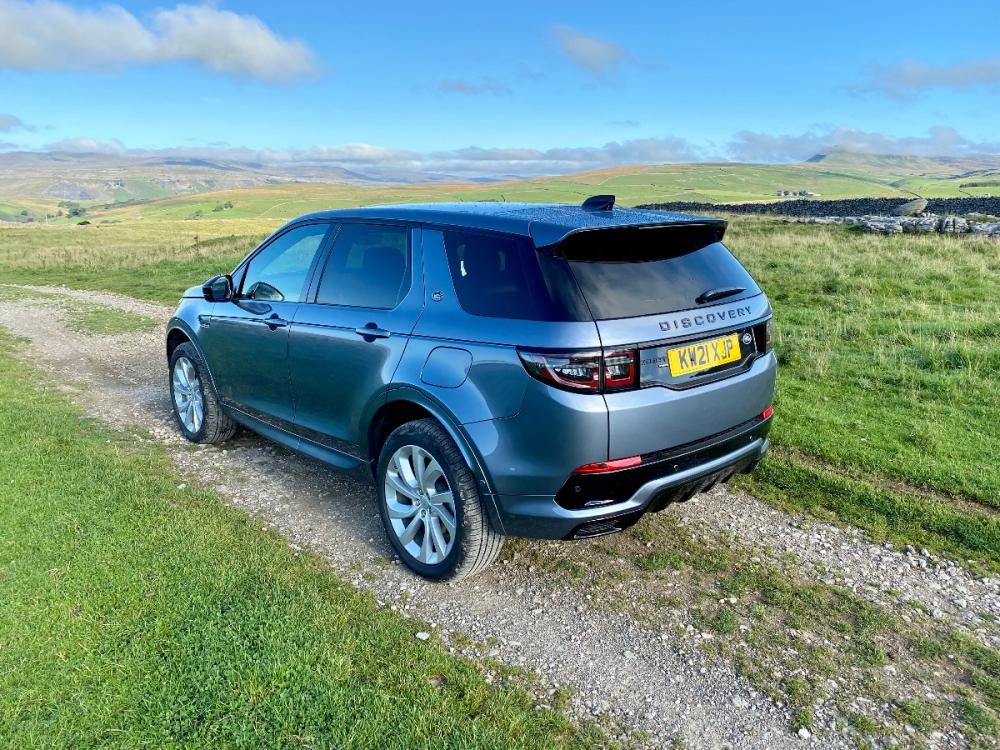 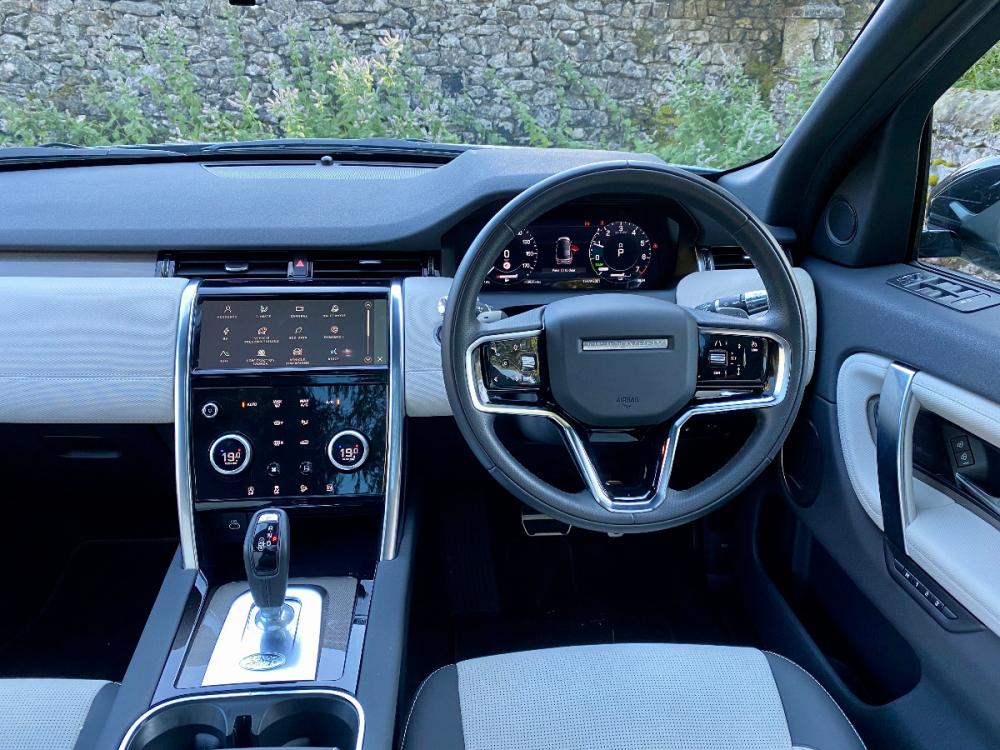 How does it drive?

The Discovery Sport is noticeably quieter and more refined that its predecessor. This is especially apparent on the motorway where wind and road noise are all but absent.

Add in the ability to run for some considerable distance on battery power alone, and hushed travel is the norm. Even when the engine does burst into life, it does this seamlessly and rarely makes its presence felt, unless fully extended. Even then, the off-beat three-cylinder thrum is quite appealing.

The Aisin automatic gearbox goes about its business in a smooth and controlled manner and adds to the sense of calm.


Also by Andy Harris...
MG Expands Its Range Of Affordable EVsMazda MX-5 On Test – Still As Good As EverFast Charging Comes To A1 Wetherby ServicesRolls-Royce Ghost – The Black Badge EditionFestival Of The Unexceptional Returns To Grimsthorpe Castle
Should you be in a hurry, engine and electric motor combined successfully to make this a very quick car. This makes overtaking manoeuvres a doddle.

R-Dynamic spec is aimed at the more sporting driver and boasts large 17-inch wheels. However, in SE form, 20-inch alloys are a standard fit and although they are undoubtedly stylish, they do firm up the ride a tad.

I was able to spend some time off-road exploring a few of our local byways. It was a chance to push the 4x4 to the limit and unsurprisingly, I came away impressed. Steep ascents, scary descents and a little river wading were the order of the day and all were overcome with ease thanks to the capable 4x4 system which works in conjunction with clever electronics.

For the motorist who covers a modest daily mileage, a charge of the battery overnight should ensure the engine rarely fires up.

Use up the battery’s capacity and expect to achieve around mid-30s mpg if driven sensibly. There is the option to save the battery for an urban leg of a journey, ideal when more and more councils are beginning to ban the combustion engine from our city centres, or imposing swingeing charges. 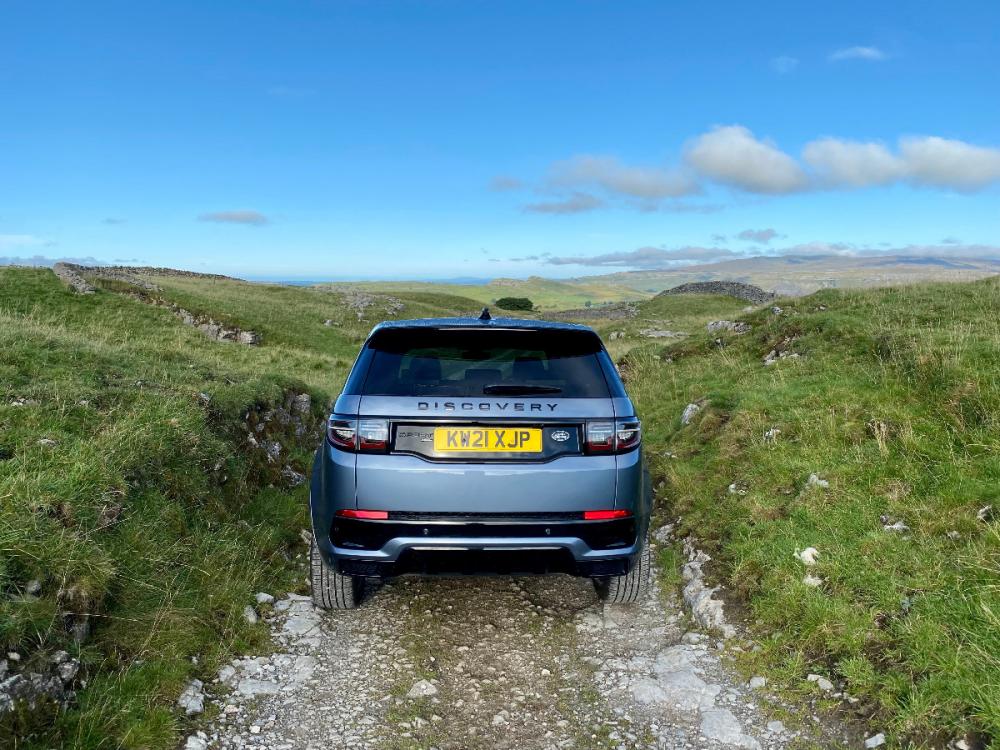 Should I buy one?

Sadly, in PHEV form, the Discovery Sport loses its seven-seat option, one of the biggest advantages it had over its rivals. However, that should not stop you adding one to your list of possibilities.

The interior quality is suitably premium and for five people, there is ample space to spread out and a large boot for their chattels. Equipment count is high too, as one might reasonably expect.

There is plenty of the latest tech if that is your thing and the digital Touch Pro infotainment system is mostly intuitive to use.

Of course, another Land Rover ace card is the ability to deal with snow, ice, a muddy field or a rutted track. 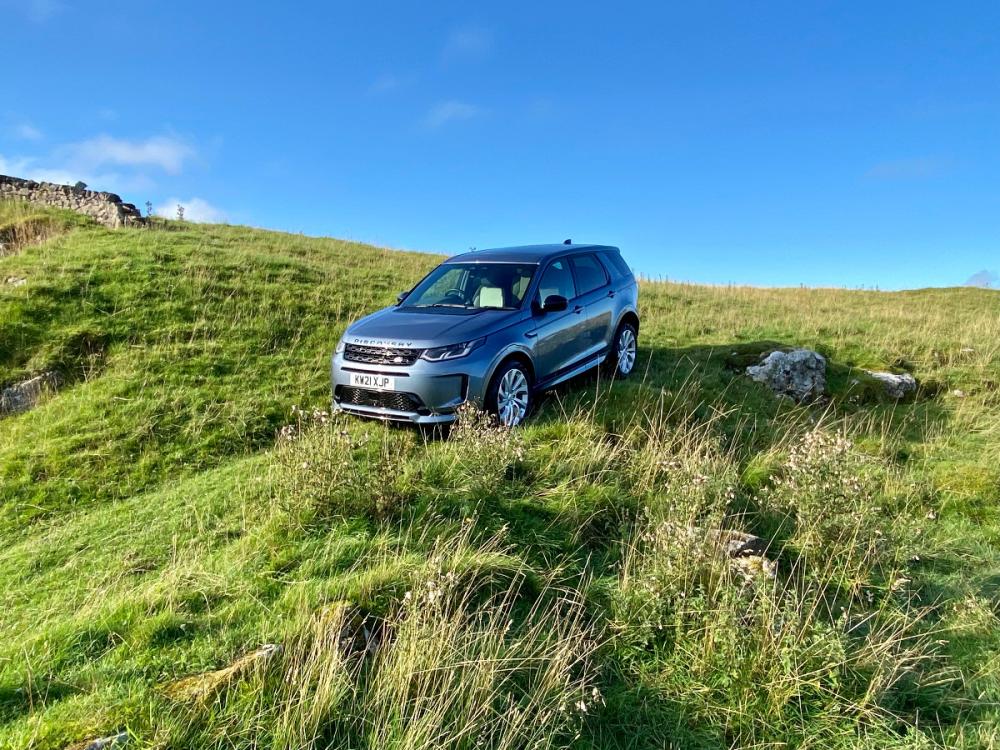 I would suggest that the Audi Q5, BMW X3 and Volvo XC60 are the most obvious premium rivals. It would be easy to make a case for each, but none will offer that sense of reassurance when the going gets tough. Oh, and the Discovery Sport is made in the UK too! 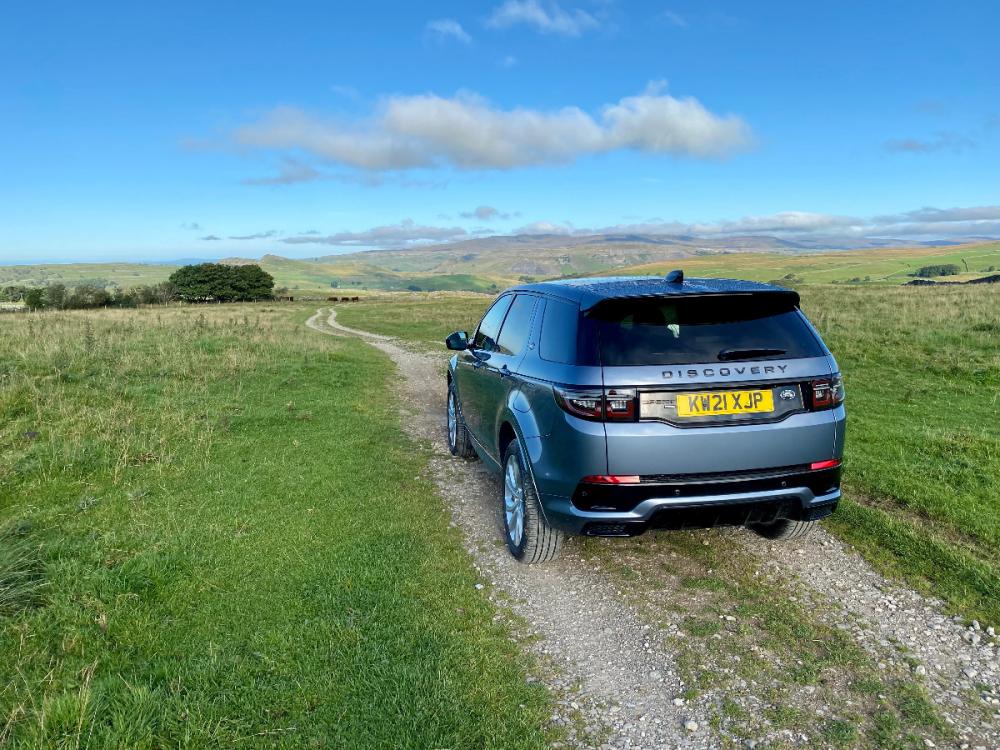 So how to sum up the Land Rover Discovery Sport P300e? It offers a premium, spacious and versatile cabin and a powertrain that not only offers a significant tax advantage, but one that endows the car with even more refinement and a frankly impressive turn of speed.

If you can afford it, this is undoubtedly the Discovery Sport model to go for.