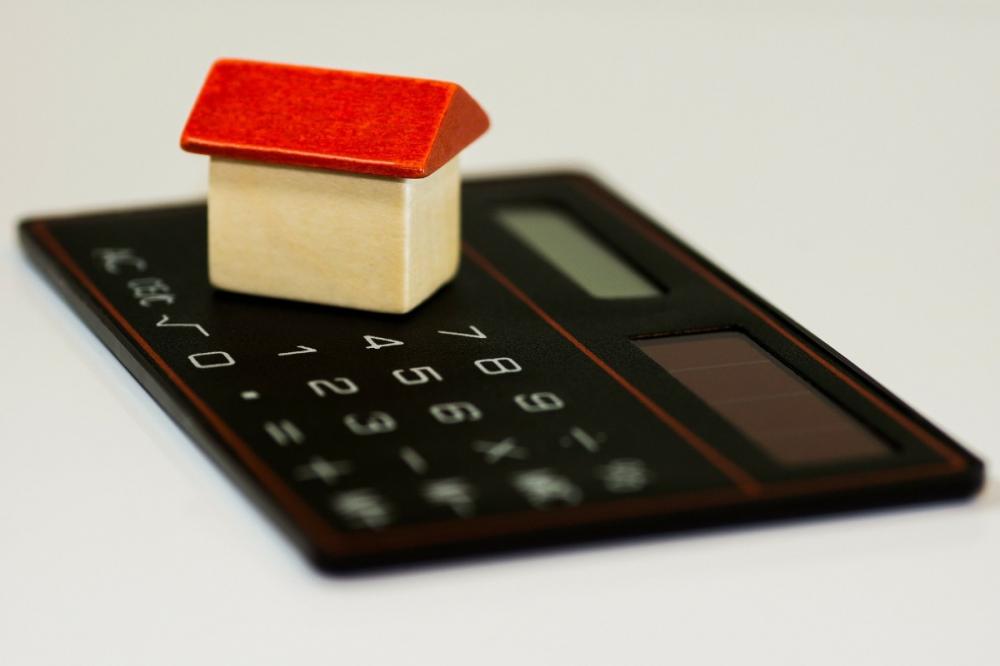 Image by Alexander Stein
Confidence among UK consumers fell significantly in September, according to the latest analysis from YouGov and the Centre for Economics and Business Research (Cebr).

The index saw a 2.3-point drop to 110.5, which although positive overall means confidence has fallen to the same level as in April this year when coronavirus restrictions were only starting to lift. Any score above 100 means more consumers are confident than not.

The measures of household finances in the past month and for the coming year saw the largest decreases. And among the eight underlying measures, only two showed improvement from August to September.

YouGov collects consumer confidence data every day, conducting over 6,000 interviews a month. Respondents answer questions about household finances, property prices, job security and business activity, both over the past 30 days and looking ahead to the next 12 months. 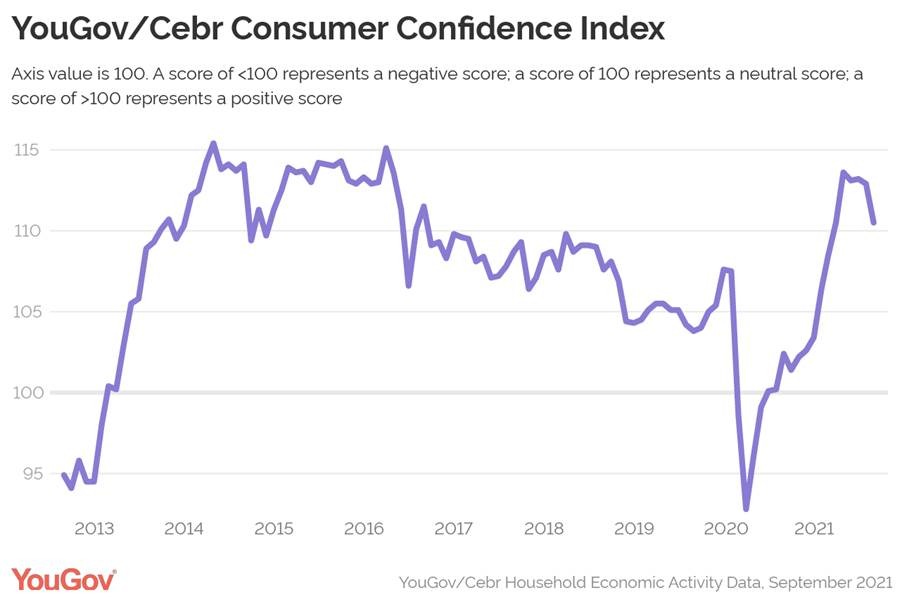 Every month we ask Britons whether they expect their household finances to improve or worsen over the next 12 months. In September, the metric plummeted into negative territory from 101.5 to 90.9. This is the second largest decrease (10.7) on record, trumped only the 16.5 point fall seen in March last year when COVID-19 hit.


The worsening outlook comes as warnings about a winter of discontent intensify, with consumers already struggling with empty supermarket shelves, fuel shortages and rising prices. Sentiment among households about their finances in the past 30 days also grew more negative in September, with the measure falling 5.5 points to 89.6.

Despite a wide range of both blue and white-collar labour shortages pushing up wages in some sectors, UK workers now feel more pessimistic about job security in the next year than in August, prompting a fall of -2.3 – although at 115.7, the measure remains firmly positive. This comes as the furlough scheme came to an end, having supported 11.6 million jobs over the past 18 months according to the government.

In the past month, slightly more workers than previously reported feeling secure in their employment, with the measure rising to 92.5 (+1). But it shows employees are still more likely to say their job security has worsened than not.

Business activity – or how busy workers say their workplace was in the last month or is expected to be in the next twelve months – also shows signs of slowing down but remains high. The metric fell by 1.3 points both for the past month (now at 110.9) and also for the next year (now 126.8).

There were only small changes to how homeowners felt about the value of their property in September. Despite the stamp duty cut coming to an end, they felt more upbeat than in August, bringing the retrospective home value metric to 126.6 (+1.3). Meanwhile, the outlook for the next 12 months only changed very marginally by -0.1 to 132.6.

Darren Yaxley, Direct of Reputation Research at YouGov: “YouGov’s Consumer Confidence Index has been consistently increasing since the record low of May 2020 to a high of 113.6 this summer, until now. The gains made during this year’s summer have been undone and scores are now back to a level last seen six months ago in April.

“The past few months of rising prices, bill increases and a fuel crisis brought on by labour shortages have decimated Britons’ confidence in their personal finances for the coming year, meaning Brits are less and less confident that that their household finances will improve. In fact, the decrease in outlook for household finances is the second largest on record, indicating the extent of the uncertainty among the public. With almost every metric declining apart from job security and home value for the past 30 days, September’s consumer confidence index is a sober read.”

Kay Neufeld, Head of Forecasting and Thought Leadership comments:“September’s drop in the Consumer Confidence Index comes as no surprise following a month of headline-dominating crises, from the spike in gas prices and energy providers going bust to the recent fuel shortages and empty supermarket shelves. While inflation has been on the rise for a while, the effects have started to become more tangible in recent weeks for the average consumer, further exacerbated by the termination of several government pandemic support schemes such as the Universal Credit uplift and the furlough scheme. The largest decreases in this month’s index were recorded in the household finance measures, with consumers concerned about the erosion of their purchasing power through higher inflation. Decreases in the business activity and the forward-looking job security measures further confirm that the economic recovery has hit a speed bump.”