Leclerc Makes It Two Out Of Two In Virtual China 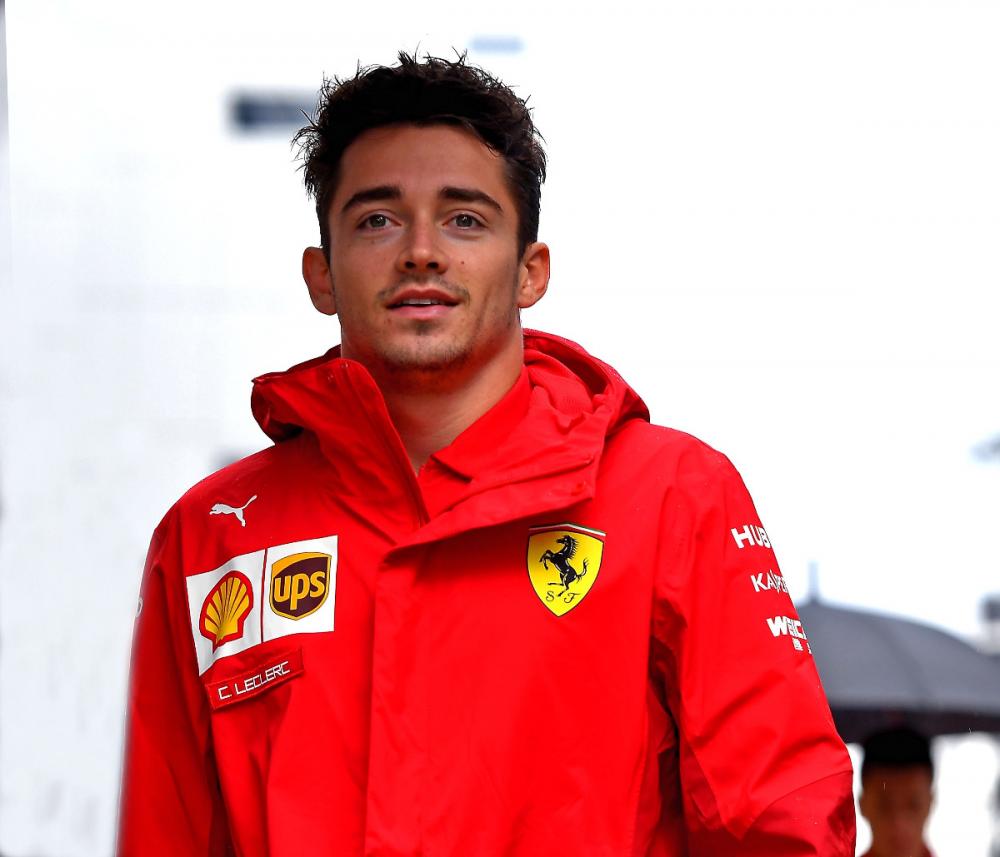 Ferrari’s Charles Leclerc is just as fast online as in the real world
It should have been the real Formula 1 Chinese Grand Prix this weekend, but the ongoing impact of the global coronavirus pandemic meant that we had to make do with the virtual online version instead and, as in the previous virtual race a fortnight ago, it was Ferrari’s Charles Leclerc who put in another dominant performance to emerge victorious again.

Leclerc was again set to be joined on the grid by fellow current F1 stars Lando Norris, Alex Albon, Antonio Giovinazzi, George Russell and Nicholas Latifi, with Norris’ McLaren team-mate Carlos Sainz also competing for the first time after sorting some technical issues with his simulator. Unfortunately gremlins for Norris meant that he failed to appear on track for either the qualifying session or the Grand Prix. 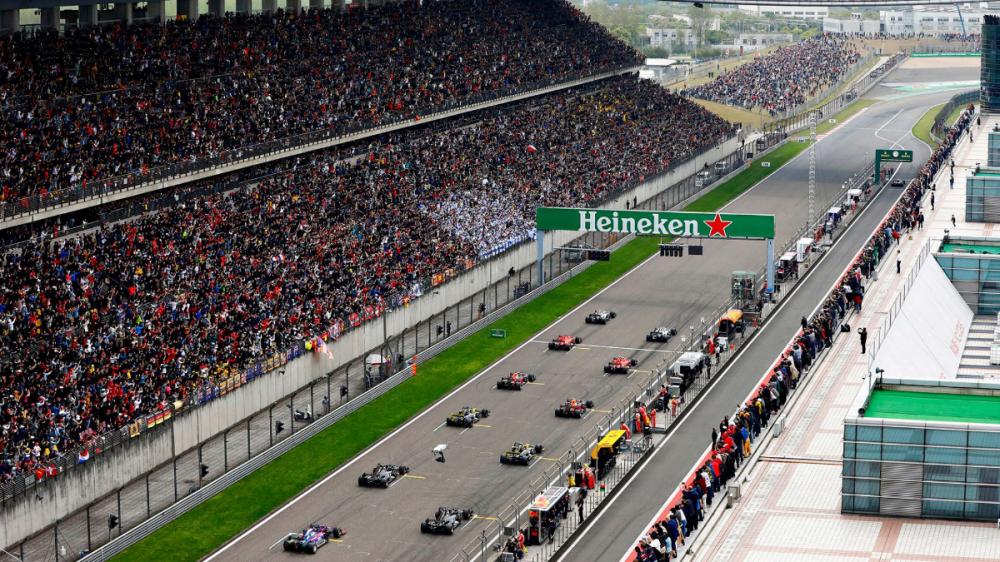 Unlike last year, there was sadly no real F1 action from Shanghai this April
Former Formula 1 drivers Stoffel Vandoorne and Esteban Gutierrez lined up for Mercedes for a third race running and Anthony Davidson was again the Sky Sports F1 team’s talisman even though he has been well off the pace despite spending so much time for the Mercedes F1 team in their high tech simulator.

British Formula 2 pedaller Callum Ilott teamed up with Leclerc for Ferrari as one of the Scuderia’s junior drivers and the American Juan Manual Correa, who was severely injured in the horrendous F2 accident at Spa Francorchamps last August which tragically resulted in the death of Anthoine Hubert, competed for Alfa Romeo. Formula 2 was also represented by the Swiss Haas F1 reserve and test driver Louis Delétraz.

A Chinese F1 test driver and a British professional golfer teamed up for Renault
Looking beyond the motorsport world, Real Madrid’s goalkeeper Thibaut Courtois and Lazio’s Italian striker Ciro Immobile also took up the challenge despite England cricketer Ben Stokes having finished last in the previous encounter. Belgian international Courtois, formerly a player for Chelsea in the English Premier League, expressed his excitement at the thought of racing in a Grand Prix, even if virtually “I’m really happy to be racing alongside Alex Albon for Aston Martin Red Bull Racing and to be part of the Red Bull Esports family.”

The famous footballer had already competed in other online events and admitted to having done some homework ahead of the Shanghai race, revealing that “practice over the last few weeks has always seen me around the middle of the grid, so I’m hoping to get into the points.”

Renault’s line-up comprised of their 20 year old Chinese F1 test driver Guanyu Zhou, who took a dominant victory in the opening virtual Grand Prix of the year in Bahrain, and well-known British golfer Ian Poulter who also competed in the Bahrain event. 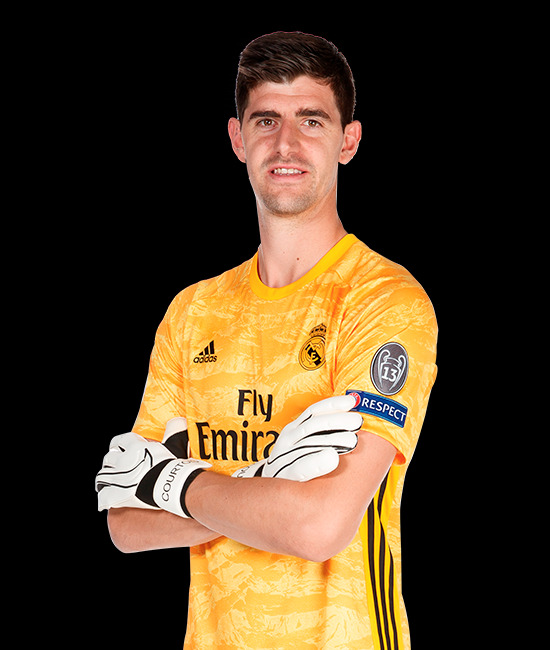 Thibaut Courtois swapped his Real Madrid shirt for a virtual racing suit
It’s interesting to note that most current Formula 1 drivers, including leading figures such as Mercedes’ Lewis Hamilton and Ferrari’s Sebastian Vettel, have chosen to absent themselves to date at least from these official virtual F1 Grands Prix, although Vettel is starting to take more of an interest.

The German multiple champion has explained that he is currently being kept more than busy at home in Switzerland with his wife and three children under six whilst continuing to work hard on his daily fitness training, but added “The truth is I didn’t have a simulator until a couple of days ago, but, having heard a lot about it, I figured I should get one and try. I still need to set it up properly and then use it just for fun as some people take it very seriously.”

Red Bull’s Max Verstappen has been an avid online racer for some time and well before anyone had even heard of coronavirus, but the Dutch star has been openly critical of this particular series and declined to participate.

Nevertheless, when the action began on the virtual Shanghai circuit, it was the flying Monégasque Leclerc who claimed an impressive pole position ahead of George Russell after the 18 minute qualifying session. However, the Williams driver was very much unimpressed by the five place grid penalty he received for blocking.

When the red lights went out at the start of the Grand Prix Leclerc sprinted into an immediate lead, but as the sole mandatory pit stops started to occur Albon jumped the Ferrari ace. It wasn’t to last though as Leclerc soon swept past his Red Bull rival to retake the lead.

As the race progressed Leclerc still led from Albon, but there was a highly entertaining battle for third position between Zhou and Vandoorne and on the 22nd tour Vandoorne pulled a superb move on his Renault rival to sweep past up the inside at the Hairpin.


Also by Graham Read...
The Pandemic Forces Further F1 Calendar ChangesA 100th Pole And A Sixth Spanish Victory For HamiltonHamilton Extends His Championship Lead In Portugal﻿F1 Approves Sprint Races At Three 2021 Grands PrixDoncaster’s Ewen Sergison Claims A Podium Finish In Monaco
Ultimately the chequered flag flew at the end of 28 laps with Leclerc still heading Albon, but a three second penalty for Vandoorne dropped him to fifth behind Zhou and Russell, with the Chinese driver claiming the final podium position at his virtual home Grand Prix. 15th placed Courtois won the battle of the footballers, finishing two places ahead of his Italian counterpart.

The next real world Formula 1 Grand Prix should have been in the Netherlands in a fortnight’s time as the sport was set to make its first return to the Zandvoort circuit since 1985. However, due to the pandemic it has long been postponed and so we will have a virtual Dutch Grand Prix instead. With the track not featuring on the 2019 edition of the Codemasters sim game an alternative venue will be selected.

These virtual Formula 1 Grands Prix are not quite like the real thing, but they do at least provide a racing fix for fans around the world and of course F1 correspondents too!