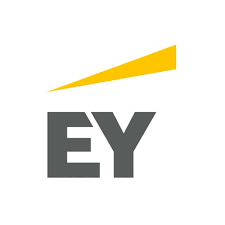 According to EY’s 2019 UK Attractiveness Survey 21 FDI projects located in the city during 2018.

Leeds was home to 43% of all projects locating in Yorkshire & Humber in 2018 and it was the only town or city in the region to make the Top 10 for FDI.

Within the region, Sheffield was second placed with six investments, while Hull won five, York took four, and Grimsby and Wakefield gained two projects each.

The number of jobs secured by investments in Yorkshire & Humber in 2018 stood at 1,345.


Suzanne Robinson EY Managing Partner in Yorkshire & Humber
Suzanne Robinson, Managing Partner for EY in Yorkshire & Humber, said: “There are some great examples of investment decisions made in 2018 now being realised - such as electronics giant Premier Farnell’s 362,000 sq ft distribution centre in Leeds, which was the largest ever pre-let warehouse development in Leeds. Premier Farnell will join other big name brands at the Logic Leeds development and the company has said that this new facility, expected to be fully operational in early 2020, will become the “epicentre” of its future business.

“And of course, Leeds’ much lauded successful bid for Channel 4’s new national headquarters – while admittedly a UK and not overseas investment – further highlights how the spotlight is starting to turn to the major cities outside London.

“In this region the number of FDI projects being soaked up by one city, Leeds, is marked – and the shift of investment to larger cities is a UK-wide trend.

“What we in Yorkshire & Humber need to see next is more of that investment spilling over from Leeds, Sheffield and Hull and flowing into towns. In future years I hope to see a fairer distribution of job creation, with the wider economic benefits being shared across the region, rather than the pockets of success highlighted by the figures in this year’s report.”

In terms of both its share and absolute numbers of UK projects, 2018 was Yorkshire & Humber’s worst performance of the last five years, however, the region’s situation was similar to many others, with London strengthening its market share. As a result, Yorkshire & Humber maintained its ranking as the 6th most important region for UK investment.

Manufacturing – which has always been a particular strength for this region – saw the sharpest absolute decline and was down 24 projects (63%) on the previous year, more than any other region.

An end to geographic rebalancing

The performance of all the UK’s regions was very different in 2018 to that of 2017, with much greater variation across the country compared to the national picture. While Yorkshire & Humber suffered the most (down 40%), it was not the only region to see significant declines in project volumes, with the North West (down 33%), along with the North East (down 25%), the West Midlands (down 14.4%), and Scotland (down 19%) also following the trend. Meanwhile, the South East (down 2.2%), Wales (down 6.1%) and the East Midlands (down 7%) also experienced a fall in volumes of only single digit percentages.


Also by Andrew Palmer...
Chancellor’s Summer Economic Statement. Business RespondsGovernment Fires Up R&D Across The Country To Cement The UK As Science SuperpowerBack To TomorrowLondon Stock Exchange Celebrates Aim’s 25th AnniversaryNews Industry Taskforce Sets Out Early Thinking On How To Overcome SME Covid-19-related Debt Challenge
Mark Gregory, EY’s chief UK economist, added: “The relatively strong performance of London and the South East suggests that attempts to rebalance the UK geographically may be harder to realise given the challenges posed by Brexit. This concern over geographic imbalances becomes greater when we consider the results across the UK’s cities and towns: while projects in the UK’s 12 core cities fell by 3% in 2018 and by 10% when we exclude London, the decline in the rest of the country was 23%. It appears that uncertainty over Brexit has not only reduced the UK’s overall appeal, but it is also having a much greater negative impact in the UK’s towns as investors concentrate on what they see as “safer” investments in the larger cities.”

The UK remained the number one destination for foreign direct investment (FDI) in Europe in 2018, ahead of Germany and France, with 1,054 projects, its third-highest number of FDI projects in 20 years. However, this was a 13% drop in FDI projects compared to 2017 (1,205 projects).
The UK’s share of FDI projects secured in Europe fell very slightly from 18% in 2017 to 17% in 2018. While overall FDI into Europe fell by 4% year-on-year, ending a five-year period during which Europe’s annual project numbers increased continuously.

Brexit appears to be a significant factor behind the decline of UK FDI projects in 2018. According to the report, 15% of global investors say they have paused one or more UK projects due to Brexit (up from 8% last year), however, only 6% plan to move assets out of the UK in the future. Five per cent of investors say they have increased investment in the UK due to Brexit, down from 7% last year, and 5% have reduced investment due to Brexit compared to 6% a year ago.

Long-term attractiveness of the UK at risk

According to the survey element of the report, 42% of investors expect the UK’s attractiveness for FDI to decline over the coming three years, while only 26% of them expect it to improve. The resulting net negative intention of 16% is the worst-ever result in the decade that the annual survey has been running. It is also significantly worse than both the long-term average and the high point of 2013, when 65% of investors had a net positive three-year view of the UK.

Over the last 12 months, investors have become increasingly concerned about the risk of more disruption to supply chains (34% of respondents citing this versus 13% last year), customs compliance costs (up to 25% from 18%) and the possibility of tariffs on imports and exports. In addition, 7% of investors are also worried about access to skills, up from 8% last year. By contrast only 19% of investors see UK economic growth as a major worry, down by a third since last year.

Suzanne Robinson said: “If the trends evident in our report continue then the UK risks becoming an attractive market to sell to, but not one that companies will commit to manufacture or research and develop in. However, with the right policies in place, the UK could strive to become better connected.

“For this to happen, the digital opportunity must be seized to modernise manufacturing and services and there is a real opportunity for Yorkshire to lead the way in this space, given our expertise already housed here and the strong foot print we have in this area.