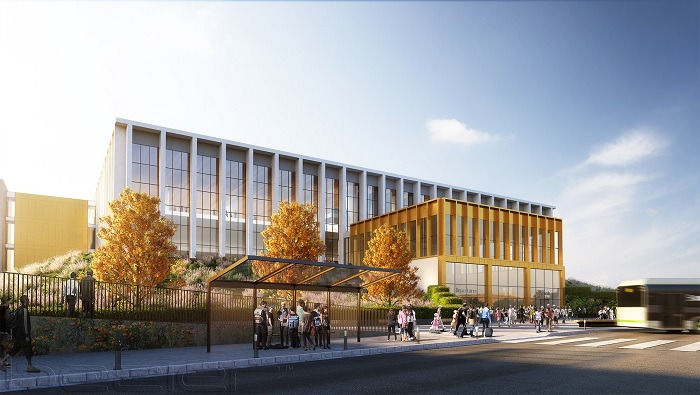 Plans for the proposed £150m upgrade to Leeds Bradford Airport have been approved in principle by Leeds City councillors.

“The council recognises that the Leeds Bradford Airport planning application has been the subject of much public debate and, from the moment it was first submitted, full and proper attention has been paid to the evidence and arguments put forward by supporters and opponents alike. It should also be noted that the application was assessed on its own individual merits as part of the council’s normal planning process.

“There were a large number of matters for plans panel members to consider during this process, including the council’s declaration of a climate emergency and the issue of increasing carbon emissions from flights. Current Government policy points to these emissions being something that should be primarily tackled at a national level – and addressed through international agreements and protocols – rather than by suppressing growth at individual airports in a way that could simply export passengers to other nearby airports at a higher financial cost to them and increase surface transport emissions.

“The city plans panel also took into account matters such as the impact of aircraft noise on residents and the airport’s proposals for noise mitigation and landscaping as well as planned accessibility improvements designed to encourage a greater proportion of passengers and staff to use public transport for their journeys to and from the site.

“In addition, the airport’s plans showed that the proposed new terminal would replace the outdated and inefficient existing terminal and be built to a higher standard of environmental performance that would also provide an improved ‘gateway’ to Leeds, with an associated creation of new jobs.

“The application has been approved by the city plans panel today taking into consideration all of these issues, subject to a change and tightening up of certain conditions being discussed and agreed with the applicant, a section 106 agreement and referral to the Secretary of State for Housing, Communities and Local Government. The council is keen to continue working closely with local residents, businesses, community associations and the airport as the development begins to take shape.”

In response to the council's decision, GALBA (Group for Action on Leeds Bradford Airport) said:

"However, our campaign is far from over. The decision is legally flawed and if the Council persist and grant full permission on the basis they discussed, then it will be open to legal challenge. We’re in a climate emergency and we simply cannot afford to carry on as if there’s no problem with increasing greenhouse gas emissions. We are grateful to those councillors who showed leadership by voting to protect our climate and our local communities. GALBA would also like to thank the thousands of people who support the campaign and say to them: stick with us – this story is far from finished...

"About the conditional decision: even with the conditions set by the Council, this gives the green light for a huge increase in greenhouse gases, noise and air pollution. Expansion would make it impossible for our city to become net zero and would make a mockery of the Council’s Climate Emergency Declaration. It renders that declaration meaningless because when it has come to action, the Council has been shown wanting. They are in denial. This was an opportunity for Leeds City Council to show leadership and accept responsibility for protecting our world. They seem to have failed. In doing so, they have lost credibility when it comes to tackling the gravest danger that we face – the climate crisis."

A local spokesperson for the climate action group said: “All the world’s scientists tell us that we’re frying the planet by pumping out greenhouse gas emissions. They also tell us we can create a better future by cutting those emissions as much as possible in the next ten years. So we face a choice and our councillors CAN choose a safer and greener future.”

She added: “The climate crisis is real and I’m scared for the future. Like every mum, I want my daughter to look forward to a happy and healthy life as she grows up. We have a real chance to do the right thing, right here, this week, in Leeds. Our councillors can live up to their promises to young people in Leeds and stop the airport from doubling its greenhouse gas emissions.”