Whilst the Eighties were a period of questionable clothing - shoulder pads, day-glo colours, bad haircuts and ra-ra skirts - nonetheless the music gave us one of the best decades in the history of popular music.

Thankfully most of the acts from that era are still active - and still sounding good.

As the annual Let’s Rock Festival returning to Temple Newsam in Leeds the occasion was not just about hearing all those classic songs but the style and the fashion. Fans dressed up as anything from Freddie Mercury lookalikes to Yellow Coats from Hi-de-Hi, with the majority of the audience having dug out their old costumes from the back of the wardrobe.

The day felt like listening to a musical jukebox of some of the best tunes from your youth. If there was one act you did not like, there was always going to be another one coming along soon to tug on your memory strings.

Making their first live return in nearly over forty years, Joboxers had the unenviable task of warming up the audience whilst many were still arriving at the arena. Their early morning slot however did not take anything away from a solid performance. Even the sun decided to make an appearance as the band sang Just Got Lucky though by the time they got into the track most people associate with the band, i>Boxerbeat, it seemed like the band had never been away. 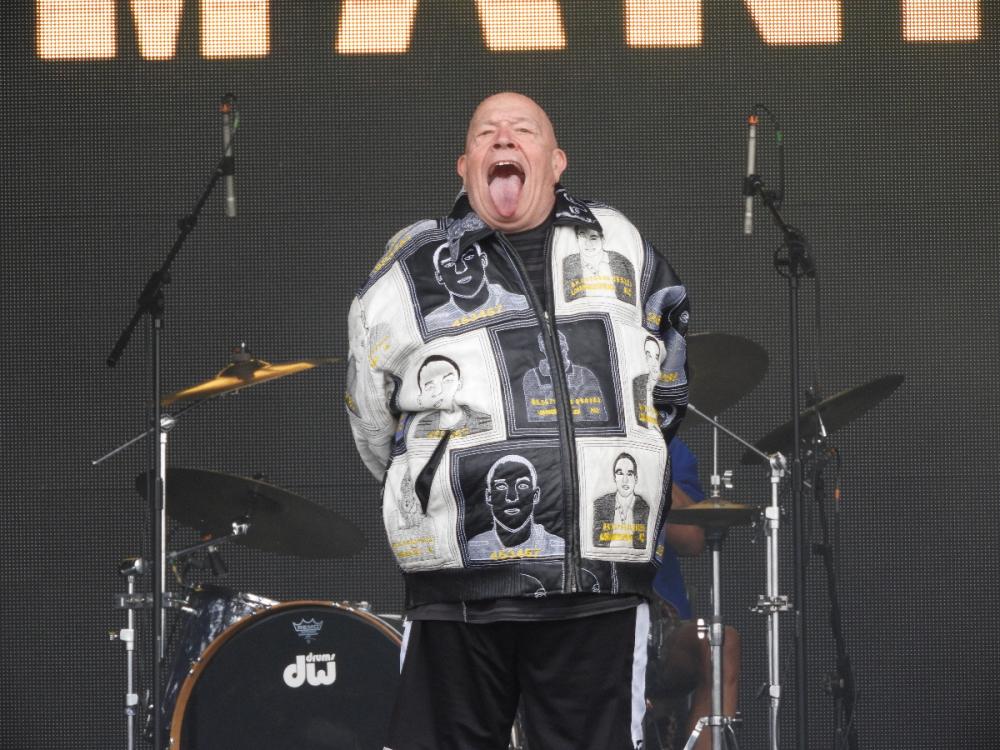 Buster Bloodvessel - Bad Manners
Having Bad Manners follow JoBoxers seemed like a natural choice as the ska infused band kept the energy levels high. Buster Bloodvessel still stuck out his long tongue at any given opportunity, just as he did in the many appearances Bad Manners made on Top of the Pops. Their version of Can’t Take My Eyes Off You was as mad as ever whilst Walking In the Sunshine proved that there was always more to the band than many believed. 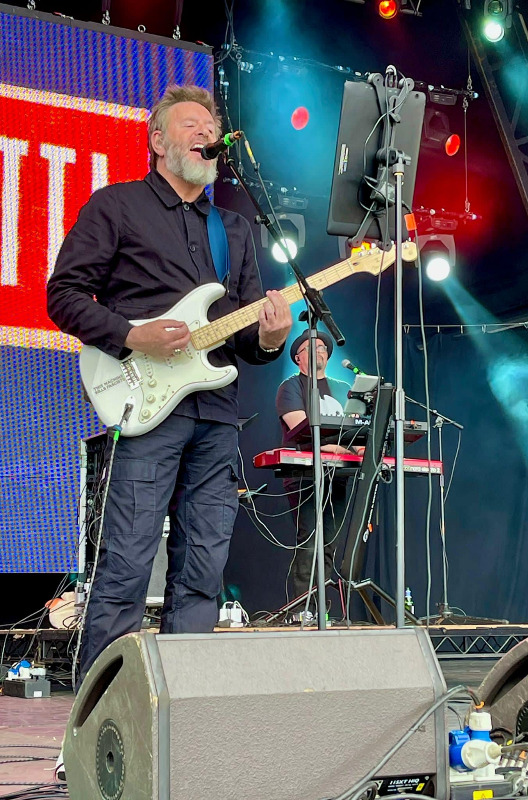 Scritti Politti
Green Gartside formed Scritti Politti in Leeds in 1977, though it was in the mid Eighties when the band were the most successful. Their music did not sound to have stood the test of time as The Word Girl appeared to be dated, with the electronic drums and synthesised beats sounding like they should have stayed back in 1985.

Disco duo Ottawan ran through their hits such as D.I.S.C.O and Hands Up as the road crew changed around the stage; their set was not helped either as adverts of forthcoming concerts flashed away on the video screen behind them.

As a succession of one hit wonders arrived on stage backed by the house band, The Retrobeats. Tenpole Tudor gave a rousing version of Swords of a Thousand Men, Red Box reminded everyone of their melodic songs such as Lean on Me, Sydney Youngblood danced merrily as he performed If Only I Could, whilst the inclusion of Urban Cookie Collective and Rozalla seemed odd as their hits were from the early Nineties.

Tiffany apparently spends her time between Nashville and Basingstoke, though she proved in Leeds that she can still make an impression. Unwisely she decided to showcase a couple of tracks off her new album. The audience clearly wanted to hear hits such as I Think We’re Alone Now and Could Have Been.

Johnny Hates Jazz were as cool and professional as ever as Turn Back Time could not have been a more apt title to describe the day.

Belinda Carlisle floated around the stage like a ballerina as she reminded the fans that a good song never dies as Live Your Life Be Free and Heaven is a Place on Earth were probably some of the best songs of the decade.

Nik Kershaw showcased his song writing skills as he performed the hit he wrote for Chesney Hawkes, The One and Only whilst the inclusion of Yazoo’s Only You came as a surprise - being the only song in his set that he didn't write himself..

Nick Heyward looked like he had not aged since 1982 as he and his band ran through the Haircut One Hundred hits such as One Plus One and Fantastic Day.


Tom Bailey
Tom Bailey is the only original member left in Thompson Twins. The singer dressed all in white took the audience back in time with tracks such as Hold Me Now and Doctor Doctor. I wonder how many of the audience saw the band at Leeds University Refectory in 1983 when they were at the beginning of their success?


Billy Ocean
Billy Ocean gave the fans an opportunity to dance as he sang hits such as When The Going Get Tough and Love Really Hurts Without You. His set was a masterclass in presentation and performance, which comes from over forty years experience.


Wet Wet Wet
Wet Wet Wet without lead singer Marti Pellow does not really work. Credit though to new boy Kevin Simm who has a strong voice, which worked well on hits such as Sweet Surrender and Love Is All Around.

The Eighties costumes will surely be brought out from the wardrobe again next year as the Eighties revival looks set to continue.
Also by Graham Clark...
The Return Of Bingley WeekenderInterview With Dave Hemingway - Ex Beautiful South SingerAlbum Review: James Taylor Quartet - Man In The Hot SeatAlbum Review: Berries - How We FunctionInterview With The Brooks