Boney M
It was the era of Ra Ra skirts, padded shoulders and large hair styles; they all might have gone out of fashion but the music from that time lives on. Some of the songs from then have stood the test of time, the hair might be thinning, the waistlines might be getting larger on the fans but thankfully the voices of the performers are still as powerful as you remember them.

The Let's Rock Retro Winter tour might only be for 3 dates but the quality of acts gets even better as the night goes on. Dr and the Medics start things off with their version of Spirit In The Sky before Peter Coyle from The Lotus Eaters reminds us of the summer of 1983 with the hit, First Picture Of You.

Mark Shaw from Then Jericho dances around the stage as if his life depended on it as Big Area brings back the memories. Annabella from Bow Wow Wow brings the Burundi beats with Wild In The Country but it was Sonia who comes dressed as Mrs Santa Claus as she goes back to her Liverpool roots with a cover of the Real Thing hit, You To Me Are Everything.

The track that made the 18 year old a star, You'll Never Stop Me From Loving You is probably one of Stock, Aitken and Waterman's most soulful hits which showed that it was a shame that she did not have more hits in her short career. 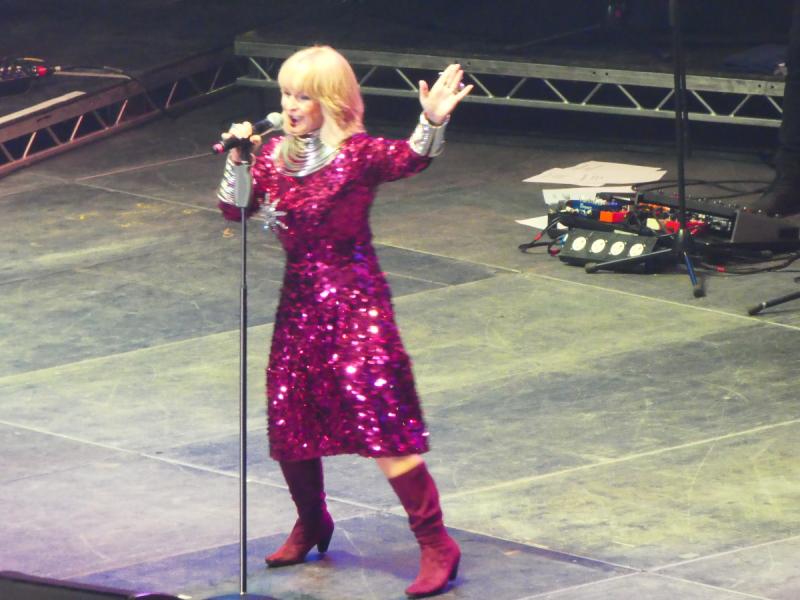 Toyah
Toyah decided to wear a red glittery dress as It's A Mystery resounds around the arena whilst Clare Grogan from Altered Images had an idea that she was going to perform Happy Birthday but it seemed that the band had not been briefed.

These days the only original member of Boney M is Mazie Williams but that didn't stop the audience enjoying Daddy Cool and predictably Rivers of Babylon.

Marc Almond has come a long way from his days as cloakroom attendant at the Wardrobe in Leeds, Tainted Love and Say Hello, Wave Goodbye were perfect despite Almond suffering a cold.


Marc Almond
Jimmy Somerville turned the arena into a disco with You Make Me Feel Mighty Real and only Somerville could mix I Feel Love with AC/DC's Highway To Hell and make it work. Don't Leave Me This Way was as uplifting as ever, as satisfying as ever.

Nik Kershaw was probably ahead of his time in the 80's with The Riddle and I Won't Let The Sun Go Down on Me, the tracks have worn well.


Tony Hadley
Tony Hadley obviously had Christmas in mind as he opens up with I'm Dreaming of A White Christmas, a worthy headliner Hadley makes it look so easy, a natural performer his down to earth friendliness is not lost on the audience.

Percussionist Lily Gonzalez duets with Hadley on Through The Barricades, they both actually look like friends as they sing the Spandau Ballet hit to each other. True and then Gold shone as usual before Santa Claus Is Coming To Town closes a concise and consummate performance.

Pure Gold from starT to finish.


Also by Graham Clark...
Kirklees Light Railway Back On TrackInterview With Steve Hackett - A Genesis In My BedMalton's Monthly Food Market ReturnsThe Ivy Set To Give Harrogate And York A Taste Of The High Life AgainNow 100 Hits Summer (Sony Music/Universal)