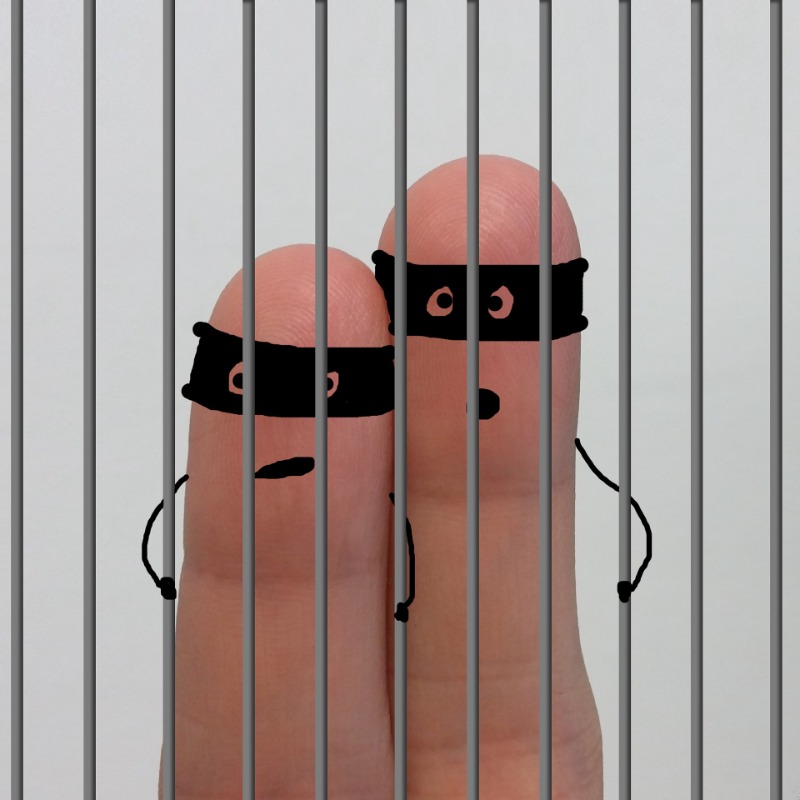 Image courtesy of Pixabay
His latest ill-fated escapade had seen him confined to barracks, or more literally, to his toy-festooned bedroom. Ethel had not reacted well to the discovery of her slippers becoming the temporary home for a large number of earth worms. In point of fact, making good on Violet’s oft-voiced threat, she had “screamed, and screamed and screamed”.

William Alexander de Pfeffel Johnson’s mud-smeared face had quickly transformed from one of childish glee to that of immediate bewildered panic, as his father’s stentorious baritone roared his name. Moments later, the bedroom door was flung open revealing a smartly dressed man with a distinctly angry face. His mother’s anxious visage popped up like a bobbing cork behind her husband’s starched shoulders, both staring at the jam jars lining William’s bookshelves.

From within their glass prisons, the worms squirmed plaintively, perfectly mimicking William’s distress as he melodramatically feigned indignance, hastily wiping his grubby hands on his dirt-stained ash-grey shorts.

“How was I supposed to know she hated worms ? It’s not like she expressly told me so. No one bothered to tell me that girls don’t like worms and it’s not my fault the worms were desperate to find a new home!”. William’s mock outrage had only served to precipitate his current woes and his just incarceration had quickly followed.

The first day had been perfectly fine. William had devoured his ‘Spring Heeled Jack’ comics with feverish delight, only pausing between tales to stroke his dog Apate and feed his gerbil, Mr Javid. He’d then pored over a gripping story about a chap called Benedict Arnold, resolving to add him to his list of heroes. Herodotus and Bozo the Clown had maintained their supremacy, however this Arnold chap was certainly worthy of William’s approval.

By day two of his imprisonment, his petulant, scheming mind had occupied itself thereafter with ever more devious machinations concerning retribution upon his mortified sister. He and the Outlaws would soon make Ethel regret dobbing him in. Ginger Sunak would surely help him out of this fix, and he knew he could count upon the full support of his fellow miscreants, regardless of the skulduggery he’d call upon them to support.

William enthusiastically excavated his left nostril, smearing the sticky booty on his sleeve for closer inspection. The glistening globule reminded him of Beatrice Truss, a recent addition to his cohort. As the mucus slowly dried, he tentatively picked at the befouled fabric of his slate-grey school blazer and determined to have Nadine clean up the mess, before his mother discovered the stain.

Nadine was a good sort, always happy to come to his aid regardless of the grime he asked her to remove from his shabby, grease-stained school uniform. She was uncomfortably affectionate and perhaps a little rough around the edges, but nothing seemed too disgusting a task for her and that pleased William immeasurably. He tolerated her flaws, fully appreciating her celebrating his own. Mindless, thick and quite rude, he’d developed a soft spot for her rather like the affection he felt for his pet rats Kwasi and Dim-Dom.

Beatrice had proven herself provisionally worthy of a place in the gang, though William doubted she would last the course. William often sent her off on long errands, taking comfort from her absence rather than her presence. She delighted in adopting disguises and was always the first to raid the gang’s dressing-up box when embarking upon a devilishly naughty adventure, though mysteriously, she seemed to physically disappear entirely when not playing a carefully orchestrated role. Unable to think for herself, she’d fitted into the Outlaws almost seamlessly.

That said, William never let her in on all the details of the gang’s latest shenanigans. Henry Gove had warned William to restrict Beatrice’s contributions to the bear minimum given her naïve, desperately muddled mind and thinly veiled, but unvoiced aspiration to lead the gang. He doubted she’d successfully usurp him though, given her limited range of talents and the general consensus amongst the gang that she was both stupid, and annoyingly vain.

Whilst William had heeded these clandestine whispered warnings, he knew better than to fully trust Henry after the gang’s last leadership election. Henry always had the look of a conniving boy looking for the biggest slice of the pie. Govey, his pet toad, croaked as if on cue and William chuckled knowingly.

William knew Henry and Ginger were probably smarter than him, but he remained confident his leadership did not depend upon brains, taking its legitimacy from his ability to tell the biggest whoppers and plausibly fake remorse, if necessary.

Only Joan Patel stood on a par with Ginger when it came to winning his full confidence. Her cold, calculating mind and unswerving desire to support even his most dubious exploits, had made her one of his favourites. He’d recently presented her with his pet corn snake, Eros, and she’d immediately fed it to her dog Dolas, winning both his heart, and his admiration.

Joan was just like his favourite mythological monster Medusa, but with long black hair mercilessly stapled to her head as if subjugated by her adamantine, unfeeling will. What she lacked in cleverness, she compensated for in ruthlessness, spite and vicious cruelty. Truth be told, William found her a tad scary!

His mind ran to Ginger, his de facto number two. Far richer than William’s privileged family, Ginger was pin sharp and the gang’s Mr Fix-it. He supplied the ragamuffin reprobates with practical knowledge, and dishonest scams able to overcome the inevitable flaws undermining all but the most ludicrous plans William hatched. Ginger’s chief asset was that the adults always believed him, even when spouting the most splendid lies.

William worried that Ginger might secretly belong to another gang, perhaps even be planning on upping sticks and leaving The Outlaws down the track, but for now Ginger was useful cover for his own deficiencies. If he got a whiff of disloyalty, he’d stitch him up and let Ginger be the object of the adult’s ire. Throwing Ginger to the wolves was almost as inevitable as having to marry Violet Elizabeth Bott and whilst he relished one prospect, he shivered at the thought of the other.

One of William’s cherished comic books had warned, “Keep your friends close, but your enemies closer”. He relied heavily upon these tattered cartoon strips to fill the void in his learning, only giving Latin any attention when forced to remain awake during school hours. His father’s Encyclopaedia Britannica collection conspicuously stitched over any further cracks in his impoverished general knowledge. A smattering of random Latin phrases completed the illusion that he had dutifully attended school rather than playing truant, and this charade had fooled his parents thus far.

For his audacious plan to work, he’d need to call upon the full resources of the ever-cunning Outlaws. However, with a bit of luck and a bucket load of bare faced lies, he was confident he could pull it off. His mother’s undaunted faith in William’s goodness would be essential to his success, though he knew Hubert Starmer and his own monstrously strict father, would do their best to foil his skulduggeries.

Fortunately for William, his mother’s innocent faith in him seemed inexhaustible. Even if caught red- handed, he’d be sure to escape the full force of his father’s righteous wrath, so long as his mother’s sympathetic tongue could leap unconditionally to his unwarranted defence.

She always seemed to imagine William sans the traits that made him William, excusing his foibles by dint of believing a hot bath and clean clothes could remedy his inveterate faults. No matter what mess he got himself into, his patient mother could only see her little boy as being nothing more frightful than a cheeky cherub in need of a haircut and a gentle, but insincere scolding.

Decades rolled by with William bouncing along through life on a tidal wave of egotism, dishonesty and self-serving rapacity. He’d lost numerous positions as a consequence of his unrestrained penchant for lies, but finally secured one where this vice became an invaluable virtue. The Outlaws and their reciprocated but duplicitous fidelity had stood the test of time and had remained together, though they had changed their tribal name to ‘The Government’ in a nod to accepted convention and the irritating prescriptivism of the easily eschewed Ministerial Code.

William sat behind his teak inlaid Captain’s desk and stared absent mindedly at his antique gold-plated banker’s lamp. He smirked, recalling the manipulative vengeance he and the Outlaws had exacted upon the unsuspecting Ethel many moons ago.

Draining a mid-morning G&T, he farted loudly and opened his desk drawer in search of a family bag of pork scratchings. This ‘Partygate’ bollocks would need his gang’s full attention and for him to tell his biggest, most outlandish whopper yet!

The End.
Also by Paul Spalding-Mulcock...
A Sower In The Desert: Smoke By Ivan Turgenev (1818-1883)“Love Is The Magician That Pulls Man Out Of His Own Hat”: A Marvellous Light By Freya MarskeExpecto Resurrectionem Mortuorum:The Gift - Book 1, Eleanor, by R. A. WilliamsThe Devil's In The Detail: Johannes Cabal The Necromancer by Jonathan L. HowardAn Audience With The Devil - A Hall Of Mirrors Story