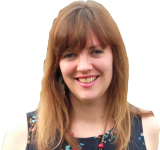 It’s only as lockdown restrictions have started to ease, in tiny increments over the last few weeks, that many of us have stopped to consider how far our parameters had shrunk. For many parents, suddenly stuck with the kids, circling the house desperately with nowhere to go, social networks felt like a lifeline during lockdown.


Emily Pickard
This week, I’ve been speaking with Emily Pickard, owner of York Mumbler, winner last year of the York MPWR ‘Best Community Business’ Award, and mum of two. One of twenty Mumbler sites across the country, York Mumbler has the greatest presence on social media – currently over 20,000 followers, an audience predominantly made up of parents, grandparents and carers. Like the Ryedale Mumbler site in my area, York Mumbler is hugely relied upon and valued!

Previously, many of us turned to Mumbler for up-to-date, trustworthy information about anything and everything related to parenting – the best toddler-friendly cafes, places where breastfeeding is welcome, rainy afternoon activities, support with teens, or even discounts for great local attractions.

Lockdown obviously changed this. When we stopped going out, much of that information was no longer required. But I’ve been fascinated to hear how the Mumbler team has instead evolved to meet the challenges of social isolation. With followers continuing to rise, it seems families like my own have been turning for lockdown support and general good-old-fashioned sharing (presumably of the ‘is anyone else sick to death of home-schooling too?’ variety). Mumbler has come to represent solidarity, friendship and the feeling that I’m not alone.


Sally and Emily
Founded in Harrogate by Emily’s sister, Sally Haslewood, almost a decade ago, Mumbler has gone from strength to strength. It wasn’t supposed to be a business – just a group for like-minded parent friends to chat and generally get through the day with kids in tow! York was the second Mumbler group to form, in 2012, when Emily was pregnant with daughter Edith. “It began as a way to form friendships,” explains Emily, “just as a chat group really. I had lived in York, of course, and knew the wine bars and more grown up places to go. But becoming a parent is different.”

Sally and Emily soon found that the groups were immensely popular – within months, Emily had over a thousand followers in York and the surrounding area – with eventually both Facebook groups growing into their own websites. Crucially, Sally and Emily offered a perspective that national and international platforms could never have: they shared the local view, rooted within the community.
“The focus has always been local,” Emily tells me. “It works because the women running each franchise are passionate about making life better for parents in their area.” 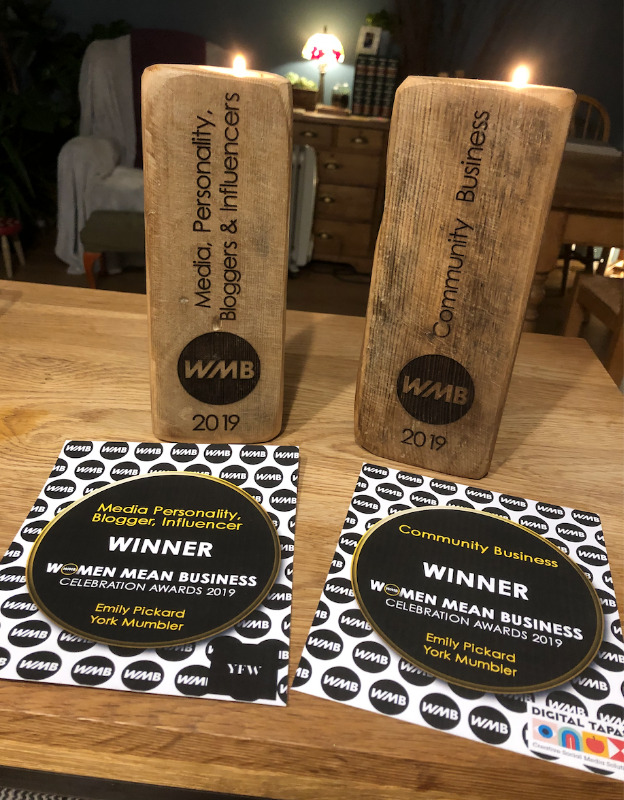 York Mumbler is working, and working well. “I was really excited to win the York MPWR award as the best community business because that’s what it’s all about!” says Emily. “That’s how I see my role, as supporting families within the community. It’s called ‘Mumbler’, because we loved the chatty, friendly tone the word created, but it’s definitely a site for anyone with children or grandchildren.”

For many users, Mumbler has become synonymous with no judgement: it’s a place you can turn without fear of criticism. “We’re obviously not there to police discussions,” says Emily, “but I think it’s really clear that the expectation is that chat will remain friendly and supportive.” It is also obvious from talking to Emily that she wants to make a positive difference through Mumbler.
Sally and Emily both developed their sites into businesses so as to work from home with young children. They didn’t decide suddenly one day to launch online ventures. Instead, it seems Mumbler emerged more organically, meeting a genuine need within the community. Unsurprisingly, the local networks of parents have embraced the sites, allowing Mumbler to grow into its own business model.


Also by Rosie Goodwin...
Creative Writing Supporting Children’s Wellbeing In Lockdown‘Silly Squad’ Could Help Us Rethink What Matters About ReadingLockdown Lessons: A Short StoryDrawn Together in Difficult Times: The Power of Mark-MakingBook Review: Little Turtle Turns The Tide
It was in Harrogate that Sally first realised the income potential. “She was approached by a local carpet-cleaning business,” says Emily, “who had heard about Mumbler – this strange place where they got loads of recommendations!” Emily laughs about this – carpet cleaning and parenting go hand in hand, of course!
“As well as the word-of-mouth recommendations, we were asked if we’d allow paid advertising on the site,” explains Emily. “At first, we shied away from this, but we realised it would allow us to dedicate more time to the site, to providing really up-to-date and accurate information, and we decided that we would only ever accept opportunities if they fit with the spirit of what we were doing with Mumbler.”

This community focus has come full circle this week with the Mumbler Love Local Awards. “We wanted to celebrate the local people and businesses that make a difference and have been missed during lockdown. I think the awards are about giving something back too.” The nominations close on Saturday 30 June, and then the final, exciting stage will involve announcing and celebrating the faces and services that people value within their local areas.

“We’ve had so much interest – thousands of nominations, for everything from star teacher to best online class during lockdown,” says Emily. “Some of the comments have been so moving. I can’t wait to share them via social media over the coming weeks!”