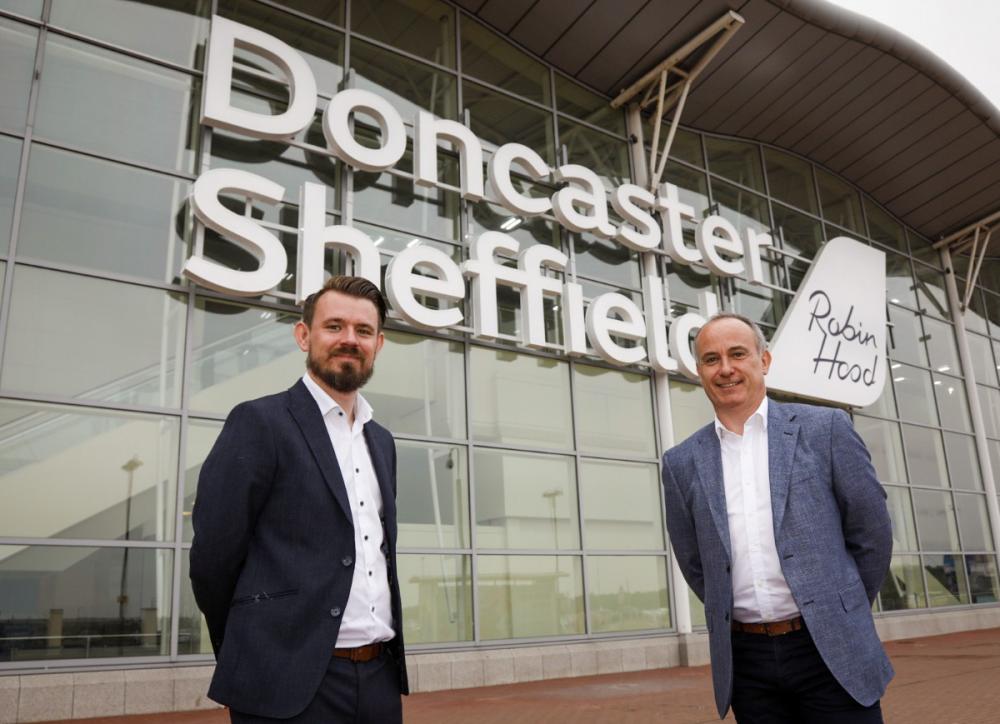 Hough & Jones
Wizz Air, the largest low-cost airline in Central and Eastern Europe, has announced plans for a new UK base at Doncaster Sheffield Airport.

It’s the airline’s first Northern base outside London Luton and an Airbus A320 aircraft will now be based at the South Yorkshire facility. Wizz Air is also poised to launch seven new routes, adding to the 10 it already operates out of Doncaster Sheffield.

New destinations include the Spanish cities of Alicante and Malaga, Larnaca in Cyprus, Faro in Portugal, Lublin in Poland, Kosice in Slovakia and Suceava in Romania.

The new base is set to increase the annual capacity of Doncaster Sheffield Airport by 150,000 seats. It is also expected to create about 36 direct jobs and more than 110 indirect jobs in the Doncaster area.

Owain Jones, Managing Director of Wizz Air UK
Owain Jones
said: "The creation of our second base in the UK is a major milestone and testament to our long term commitment to serving the UK market…..we continue to expand our footprint during this challenging time for the industry.”

Robert Hough, Chairman of Doncaster Sheffield Airport, added: "Our partnership with Wizz Air is incredibly special. We both began our journeys in the early 2000s as challenger brands, with a shared desire to provide opportunity for the people within our respective markets via obtainable travel.

"Fast forward 15 years and Wizz Air is one of Europe's most successful and well-established airlines and Doncaster Sheffield Airport one of the UK’s fastest growing airports – it's a true partnership that has gone from strength to strength.

"There is no doubt that the aviation sector currently faces its greatest challenge in modern day history. It is also essential that the UK Government acknowledges and supports airlines and airports that bring much needed investment into the UK economy.

"Doncaster Sheffield Airport contributes over £60m to the Sheffield City Region and offers job security for thousands of people."

Wizz Air's first flight from Doncaster Sheffield Airport took off more than 14 years ago and the airline has grown to be the airport's largest carrier, with more than one million passengers every year.


Also by Graham Clark...
Paul Carrack Talks About His Live Streaming Show From LeedsLivin’ Italy, Leeds - A Livin’ JoyAndre Rieu Is Coming To Your Local CinemaA Flavour Of Marrakech Arrives At The Ivy HarrogateInterview With Aled Jones