'Lungs Of The World' Threatened 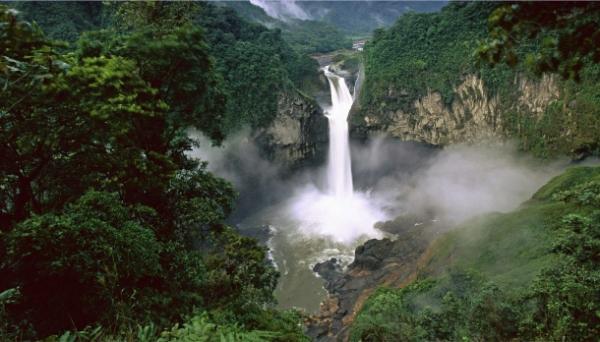 What a piece of work we are. Each and every one of us usually manages something thoughtful or kind on most days. Maybe even something wonderful.

But it's not always like that, of course. We have another side to our natures. And a particularly awful display of this other side could now have massive repercussions for anyone who's rather keen on breathing and enjoying the fruits of a functioning weather system.

Back in April, Brazil's Congress, under intense lobbying from the country's huge and powerful agribusiness lobby, caved in and passed a now infamous bill, referred to rather innocently as the Forest Code.

The Code proposes that landowners in the Amazon will be able to convert vast tracts of previously protected woodland into highly profitable cattle ranches, soy plantations and sugarcane plantations.

Through exploiting a new clause in the bill reducing the required forest cover from 80% to 50%, supporters of the new measures hope that landowners will now be able to vastly increase their agribusiness holdings through exploiting previously protected river margins, hilltops and flood plains.

The unchecked application of the Code in the manner its supporters are calling for would see more of the rainforest lost than has been lost in the last fifty years. Indeed, the Brazilian Government's research organisation IPEA (Institute for Applied Economic Research), have calculated the new legislation, if fully realised, could lead to the loss of up to 76.5 million hectares (190 million acres) of forest and the release of 28 billion tonnes of carbon dioxide into the atmosphere.

That's equal to the whole whole world's CO2 output for 2008, or over fifty-seven times the UK's total for that year.

It's no surprise that environmental campaigners fear 20 years' worth of progress in tackling deforestation in the Amazon rainforest could be thrown away. Quite apart from allowing completely unsustainable legal logging, campaigners also fear the new legislation would encourage a massive hike in illegal logging in the Amazon Basin, through offering widespread amnesties for previous lawbreakers.

Under the Code, millions of acres of illegal clearing prior to 2008 would be legalised through amnesty, resulting in a forfeiture of fines worth an estimated US$4.8 billion. Any future forest restoration would further suffer as up to 90% of private properties in Brazil could be pardoned from the standing obligation to restore illegally cleared areas.

Through a mix of strong forestry laws, robust enforcement and satellite monitoring Brazil had achieved a 78% decline in legal and illegal timber removal between 2004 and 2011. The great fear now is by turning more of a blind eye the authorities will tacitly approve wholesale forest destruction by farmers big and small, while doing little to alleviate world hunger or the country's massive problems with poverty and inequality.

The outcry at its proposals, both from within and outside the country, has been intense. Seventy-nine percent of Brazilians polled reject the bill, while every environment minister past and present has expressed their total opposition. Every green NGO of stature, including the WWF, Greenpeace, and Friends of the Earth is calling for a veto, while the Internet-based petition pressure group, Avaaz have collected over 2 million signatures of those opposed.

'President Dilma Rousseff stands at a defining moment for her presidency,' said Kumi Naidoo, Greenpeace International director. 'The choice is clear. She can ignore the Brazilian people and side with 'destruction as usual' as enshrined in the new forest code or exercise her veto and support the call for a new zero deforestation law. We urge her to take the visionary path of a leader who understands that with power comes responsibility.'

But the pressure for the Code to go ahead remains enormous. The legislation only made its way through Congress because the farmer's group decisively switched their previously firm support for President Dilma to the agribusiness group. 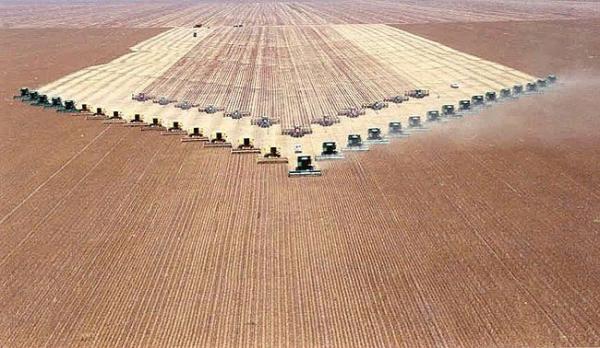 Brazilian farmers and aiming to produce 300 million tons of grain per annum in 10 years time
And mindful of big payoffs from victory, the big farm lobby is throwing everything into ratification of the bill. There are claims that only unhindered exploitation of the Amazon and destruction of the rainforest can lift all Brazilians out if the poverty and inequality that still blights much of the country. There's resentment too.

'Brazil is the only country that has the moral authority to discuss [Brazilian] environmental issues,' said Katia Abreu, senator and president of the Confederation of Agriculture and Livestock of Brazil.

'I don't understand why the NGOs oppose the changes. The main NGOs are European but I do not see them asking Europe to revive its forests. Why only in Brazil? We want to bring legal certainty for farmers with this bill. I am convinced [Rousseff] will not veto.'

Yet much of the land deforested is expected to be developed very inefficiently, primarily through large cattle interests and those landowners eager to cash in on the boom in demand for soya to feed livestock and biofuels for American and European cars. Violence is also a big factor too, as it is in many rainforest struggles - Brazil has seen many hundreds of Native Indians and rural campaigners for rural rights and against deforestation gunned down by death squads that many believe are sponsored by the big landowners.

With Brazil now playing host to the UN's Rio +20 Earth summit next month, there is great hope that President Dilma will bow to international and domestic pressure and veto the bill. More than 125 heads of state as well as 45,000 delegates are expected to attend the world's largest environment conference in a generation, pledging to protect forests and develop the 'green economy'.

And though it looks increasingly likely that President Roussef will reject the Code in its current form and return it to Congress, it is the latter body who have the final word, and with big agriculture ever more assertive it could be just a matter of time before something similar reappears. 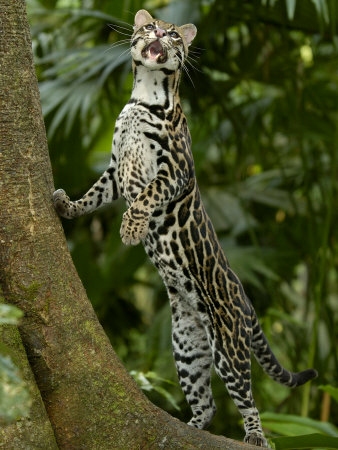 An Ocelot. A resident of the rainforest
The importance of the Amazon forest in locking up carbon and stabilising weather patterns worldwide is difficult to overstate.

Twenty per cent of earth's oxygen comes from the Amazon rainforest. The amount of freshwater passing through the forest is so vast it has a profound effect on rainfall patterns for several thousand miles in every direction.

One-and-a-half acres of the Amazon is lost to logging and other destruction every second.

Campaigners against rainforest destruction argue that saving forests is one of the easiest ways of minimising carbon release into the atmosphere - far easier and more efficient than through the construction and subsidising of various kinds of 'renewables' such as wind energy.

To put this in a local context, the 249 extremely large wind turbines in Yorkshire built, under construction, or with planning permission will each 'save' about 4000 tons of carbon - this is the amount which would have been emitted had their electricity been produced from fossil fuels - and even this figure takes no account of the huge concrete bases these windmills require, the production of which releases very large amounts of carbon dioxide.

That's 249 x 4000 = just under a million tons of 'saved' carbon. So the carbon that could be released by the Forest Code deforestation, at 28 billion tons, equates to 28,000 years of running by Yorkshire's wind turbines, some of them 600-ft high - even if they're all built.

One of the largest petitions against greater destruction of the forest remains open until the end of today. It's here: