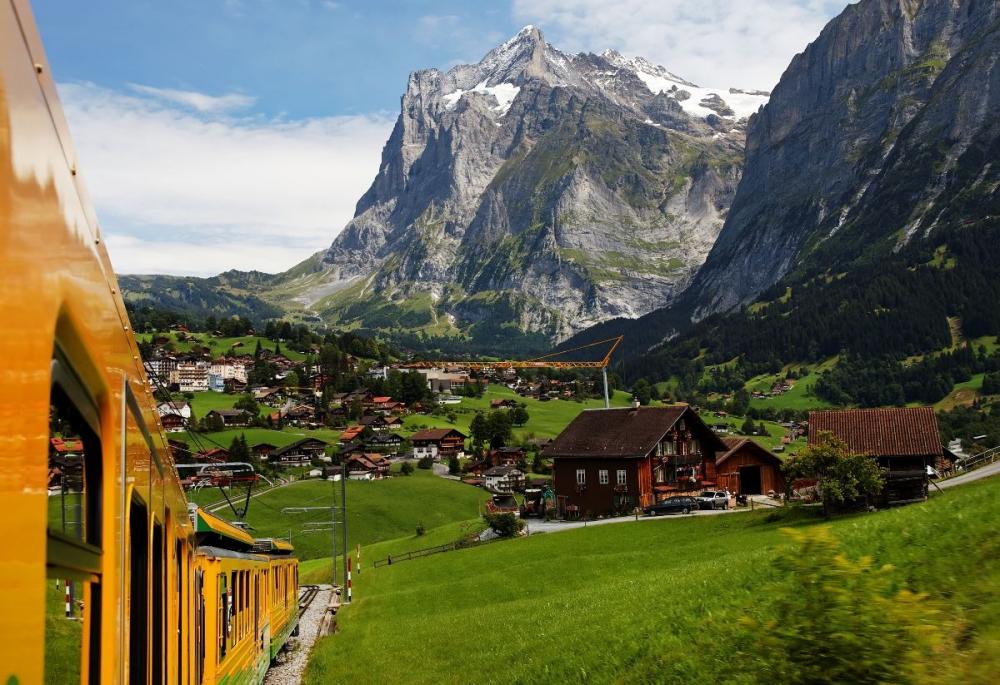 A travel company specialising in First Class train and rail holidays to Europe and beyond, is expanding its 2021 itineraries…..and has taken some of its inspiration from the Roman city of York

Among Planet Rail’s new bespoke trips for 2021 are: a luxurious Trans-Siberian Express trip inspired by a new exhibition in London and York on the iconic railway, a controversial new Eiger Express which is set to change the North Face of the Eiger, a Rocky Mountaineer journey to the US: Rockies to the Red Rocks Explorer, touring in Scotland, and a tour of Peru by rail as the country celebrates 200 years in 2021 since it gained independence from Spanish rule.

Has Coronavirus had an impact upon the hunger for rail travel? Guy Saunders, MD, Planet Rail said:“Undoubtedly, there was already a rising tide of support for rail travel due to its environmental benefits compared with flying. Now, with increased concerns about overcrowding at airports and on aircraft, our clients appreciate the benefits of rail travel more than ever.” 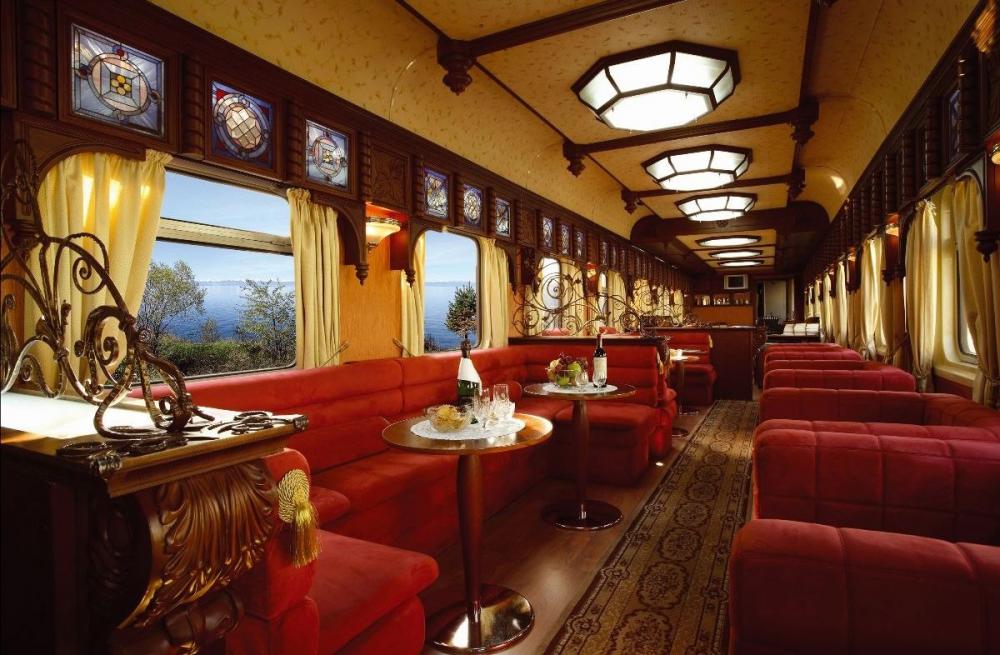 Rail enthusiasts will turn their attention to the Trans-Siberian Railway from 26 March 2021, when it becomes the focus of an exhibition in York’s National Railway Museum, and travels on to London’s Science Museum.

The Trans-Siberian is the world's greatest railway which runs like a steel ribbon across Russia, connecting east with west. On display will be a selection of priceless Russian artefacts including a Fabergé egg containing a bejewelled model train, known as The Great Siberian Railway.

Planet Rail offers the ‘real thing’ and makes the journey even more special by including rail travel from London to Moscow where, upon arrival, visitors enjoy unprecedented luxury on board the Golden Eagle Trans-Siberian Express.

Covering together 8,000 miles from London to Vladivostok in Russia’s far east, passengers move through 11 time zones, and travel one third of the way around the planet, stopping en route for a series of fascinating sightseeing tours with expert guides.

Price: from £12,995pp based on 2 sharing, inc. rail travel London to Vladivostok, 17n (2n on the direct sleeper service between Paris and Moscow, 3n B&B, 12n all-inclusive with excursion programme on the Golden Eagle Trans-Siberian Express), and transfers. Flights from Vladivostok to London are extra.

The Eiger’s treacherous North Face has shaped climbing history. But this iconic Swiss mountain is changing forever, with a controversial cableway which opened recently – available for a supplement on Planet Rail’s Glacier Express & Scenic Switzerland holiday.

The new Eiger Express speeds visitors from the village of Grindelwald up to the 7,637’ Eiger Glacier Station in just 15 minutes, passing in front of the legendary North Face. In ultra-modern cabins with 26 heated seats, and a direct transfer option at Eigergletscher, passengers taking the Eiger Express can be on the Jungfraujoch (Europe’s highest railway station) 47 minutes faster than hitherto, and on the ski slopes in just 15 minutes.

Price: The Glacier Express & Scenic Switzerland costs from £1,675pp based on 2 sharing (and a supplement from £195pp for an optional Montreux to Jungfraujoch excursion with Eiger Express), inc. rail travel from London, 7 nights’ B&B in 4-star hotels, lunch on the Glacier Express, a Swiss Half-Fare card and private taxi across Paris.

Early this year the iconic Venice Simplon-Orient-Express is to boost levels of luxury on board with the creation of three new Grand Suites, each exquisitely restored to their Art Deco splendour, which are named after the cities served by the train: Vienna, Prague and Budapest (three already exist).


Also by Phil Hopkins...
Happy Planning Travel Guide For 2021Wallace Without Gromit & A Slice Of London’s Neighbourhood Village!On Yer Bike Or Shanks Pony!Brit ‘Pilgrims’ Head For Spain’s CaminoLuxury Accolade Bodes Well For Croatian Resort
Tickets for this unprecedented luxury tour will be among the most expensive ever sold for a train. Each Grand Suite has a private, marble-panelled bathroom, a double bed, living area and personal, 24-hour steward. Passengers will step aboard the Venice Simplon-Orient-Express for a spellbinding adventure through scenic Europe and the towering Alps, reliving the golden age of luxury rail travel from the comfort of their Grand Suite.

Journey from London to Venice, before continuing to Vienna, Prague or Budapest and then, from those cities, back to London. Enjoy fine dining, free-flowing champagne and two nights of luxury at 5-star hotels in both Venice and Vienna.

Touring Scotland by Rail
With UK holidays proving more popular than ever, Planet Rail introduces a 10-night tour of Scotland by rail. Discover some of the country’s most beautiful scenery, starting with two nights in Glasgow, and joining the West Highland Line – the spectacular ‘Iron Road to the Isles’, hailed as being one of the greatest rail journeys in the world.

Price: from £995pp based on 2 sharing, inc. 10 nights’ B&B in 4- or 5-star hotels in Glasgow, Edinburgh, Oban and Fort William, and standard class rail throughout.

Highlights of Peru & The Andean Explorer
2021 sees Peru celebrate 200 years since it gained independence from Spanish rule and celebrations of this landmark anniversary are expected to last throughout the year. With Planet Rail, explore the highlights of Peru from Lima to Cusco with its awe-inspiring Inca sites, including Machu Picchu and the Sacred Valley, enjoying fabulous scenic train journeys in style on the Vistadome and the classic Hiram Bingham train, before boarding the luxurious en suite hotel train, the Belmond Andean Explorer, with cabins inspired by Peru’s hand-woven fabrics and soft tones of Alpaca wool.

Price: from £7,950pp based on 2 sharing (May to December) inc. 13n (11n B&B in 5-star hotels and 2n full board on Belmond Andean Explorer), domestic flights, transfers, private guiding and 7 meals. International flights from the UK to Lima extra.

Canada Coast to Coast with The Ocean, The Canadian and The Rocky Mountaineer Trains 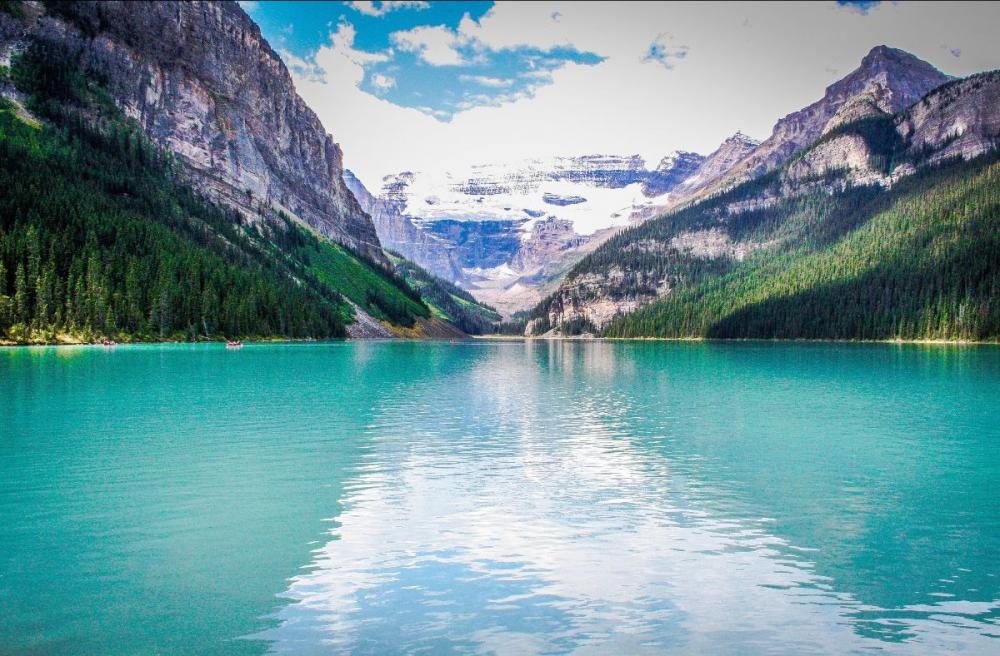 On this epic 22-day adventure from Halifax to Vancouver, discover the very best of Canada, one of the largest and most beautiful countries in the world, travelling from the Atlantic to the Pacific.