After the divisiveness of the Brexit referendum and its aftermath, it is remarkable that Boris Johnson has been able to unite the country in such a short space of time. Unfortunately for him, the country is united in righteous anger about Dominic Cummings and his sightseeing trip around the opticians of the north east.

For anyone who has been on another planet recently—which seems to include most of the Cabinet, based on their responses—Cummings, Johnson’s chief advisor, broke lockdown rules to travel with his wife and family to his second home—or, “an isolated cottage on my father’s farm”, as he slightly unusually prefers to call it—and then take the Coronavirus on a misguided tour of the local hospitals and beauty spots. 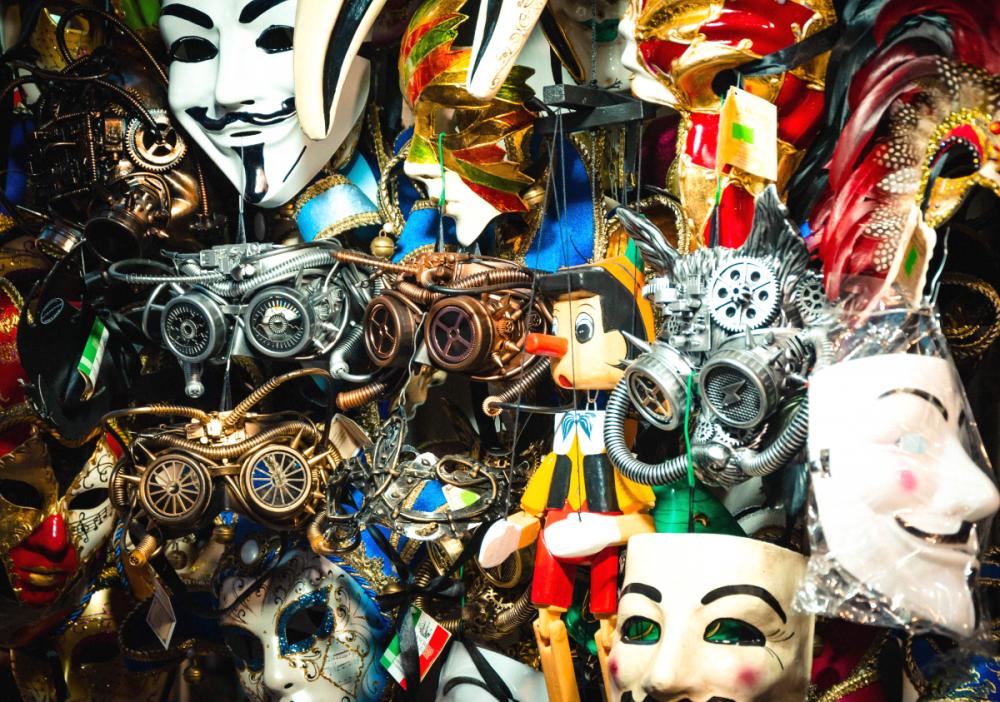 The government initially dismissed the newspaper reports, with Boris Johnson saying that they were “palpably false”. Palpably? Is Johnson able to distinguish between truth and lies just by looking at them? What is he, the Horse-shit Whisperer? Actually, it’s probably best not to answer that.

Downing Street put out a statement: “We will not waste our time answering a stream of false allegations”. Fair enough. How about the true ones?

After all, it’s only been a month since Johnson promised “maximum possible transparency” in sharing information with the public. That pledge hasn’t aged too well, has it?

Still, it wasn’t long before Boris Johnson was fronting up a press conference, ignoring all the questions while giving us lessons in paternal instincts, which was much like receiving mothering advice from Jocasta.

“Is this Government asking you,” he began, “the people, the public, to do one thing while senior people here in government do something else?” Erm, yes? That was easy. Ask me another one! “Have we been asking you to make sacrifices, to obey social distancing, to stay at home while some people have been basically flouting those rules and endangering lives?” Yes again! This is the easiest pub quiz ever. Do we get some pie and peas at the break?

Johnson’s shameful performance—or at least it would have been shameful if he actually had any shame—was bettered the following day by an extraordinary one from Cummings himself, with a story that Lee Mack would have hesitated to run with on Would I Lie To You: “I drove fifty miles, with my wife and child in the car, to check my eyesight.” Erm, I’m going with “False”. Palpably.

Cummings did at least apologise. Not for his actions, obviously, but for being late. As for the rest, it was very much a case of “My Way”. He’s certainly travelled each and every highway. Regrets? If he’s had a few, they’re too few to mention; he did what he had to do and saw it through (with some invention).

The press conference was largely agreed to have been a “car-crash” for Cummings. Maybe he should have done a test drive to a local tourist attraction first to check if he was safe? It does come to something when the Police Federation of England and Wales has to put out an official statement that you should not test your eyesight by driving.

Looking on the positive side, the press conferences by Dom and Dumber seem to have led to increasingly clear messaging from the government. The main message is that it’s one rule for them and another for the rest of us, and they don’t care how it looks,

Cummings even said so himself: “Who cares about good looks? It’s not about what you guys think.” Well, apparently, he and his wife do care how it looks, since they had previously provided an account of their experience of the virus in the Spectator which somehow managed to omit any mention of the Dominic Does Durham tour.

“Day in, day out for ten days he lay doggo,” wrote Mary Wakefield, Cummings’ wife, “with a high fever and spasms that made the muscles lump and twitch in his legs.” Despite this, according to Cummings’ later statement he was miraculously able to drive to the hospital and back to collect his wife and child. Probably just checking if his legs still worked.

Wakefield goes on to describe her conversion to Catholicism: “One of the reasons I converted was because the doors of the Catholic churches were always open.” Really? The doors of my local Tesco are always open but I don’t think its Chief Exec is omnipotent. “I…got to my knees for Boris,” she continued. Well, she wouldn’t be the first. Oh wait, my mistake. I thought I’d stumbled into Jennifer Arcuri’s confessional for a moment.


Also by Roger Winterbottom...
The Last SpaffStatues And LimitationsMisled By DonkeysStay Inert, Control The Media, Save SquirrelsJohnson Targets More Success
Throughout the scandal, we have been treated to the edifying spectacle of a succession of Cabinet ministers socially distancing themselves from their backbones. Amongst those lining up to deliberately miss the point was Michael Gove, who genuinely used to be the Justice Secretary, tweeting that “Caring for your wife and child is not a crime”. Thank you for that chicken nugget of wisdom, Michael. Anything to say about going into work when you believe your wife has Covid-19? Was there a “Bring Your Lethal Virus To Work” day I wasn’t aware of?

Suella Braverman, who honestly is the Attorney General, similarly said, “Protecting one’s family is what any good parent does.” So there you have it: as long as you tell the police you’re looking after your family, you can break any law you like.

Meanwhile, Grant Shapps – or was it Michael Green? – also took on media duties at one point, trying to deflect questions about Cummings into a discussion about the upgrade of the A66. We’re more interested in the A1(M), Michael! I mean, Grant, sorry. Or is it Sebastian? It’s so hard to tell who he’s pretending to be nowadays.

And in a nod to self-awareness, Priti Patel has unveiled a new drive to punish those who break the lockdown regulations, saying, “We will not allow a small minority, a reckless minority to endanger us all, so there will be penalties for those who break these mandatory measures.” Er, right. Someone can’t see the bluebell wood for the trees.

There have been those suggesting that the Cummings story is a purely political one, that it is being whipped up by leftie Remoaners who want to use any excuse to stop Brexit. This might hold more water if the “lefties” didn’t include the Daily Mail, the chief executive of Conservative Home, and around one hundred Tory MPs. Even the Daily Star has been getting in on the act, giving readers a free Dominic Cummings “Do whatever the hell you want and sod everybody else” mask. Still, if Dom feels like he is being unfairly treated by the media, he can always complain to his MP. I’ve no doubt he will find a sympathetic ear in…let me check…oh! Jeremy Corbyn.