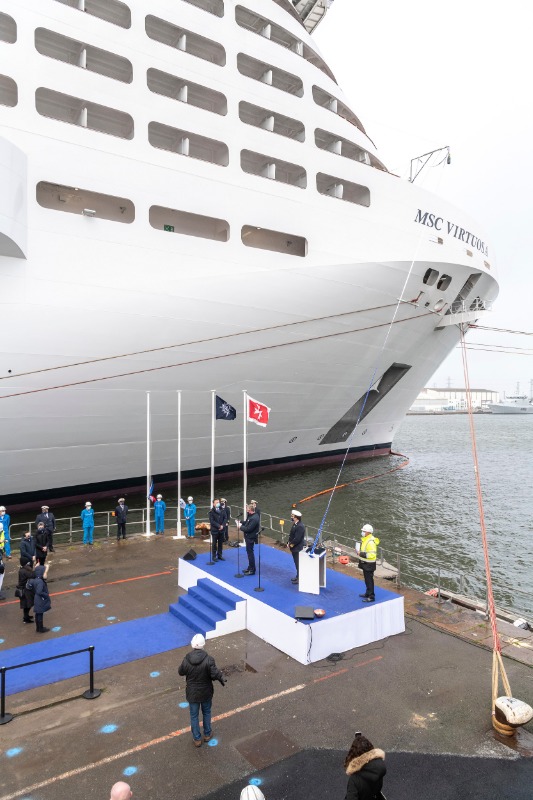 MSC Cruises announced has started a fleet-wide COVID-19 vaccination programme for all its crew members. This becomes an additional core element of the Company’s industry-leading health & safety protocol that has already supported MSC Cruises operations since its first ship returned to service in August last year.

The roll-out saw as its first step the Master of MSC Bellissima Captain Giuseppe Maresca and all of his crew completing their vaccinations this week.

In this initial phase, the company will prioritise crew members on board its 10 ships earmarked for Summer 2021 cruise holidays in the Mediterranean and Northern Europe, those scheduled to restart in the Caribbean out of U.S. ports as well as others that are gearing up for their restart. Crew of the flagship MSC Virtuosa will be vaccinated ahead of the ship’s maiden voyage from 20 May around the UK from Southampton.

The plan is for all MSC Cruises’ crew on board operational vessels, as well as ships preparing to restart in parts of the world the Company has served traditionally, to be vaccinated against COVID-19. It has been developed and will be delivered against with the support of a number of national government authorities, destinations and private sector entities.

MSC Cruises became the industry’s first line to resume international sailings in August 2020 when the Company’s flagship MSC Grandiosa set sail from Genoa for a 7-night voyage in the Mediterranean. The Company has since welcomed on board some 65,000 guests for a safe and relaxing cruise holiday at sea.

The Company’s 10 ships set to serve the Mediterranean and Northern Europe this Summer have confirmed itineraries and ports of call in Italy, Malta, Greece, Croatia, Montenegro, Germany and the UK with plans to add France, Spain and more, as more countries open their borders and relax their international and other travel restrictions.