Mabel Lives Up To High Expectations In Leeds 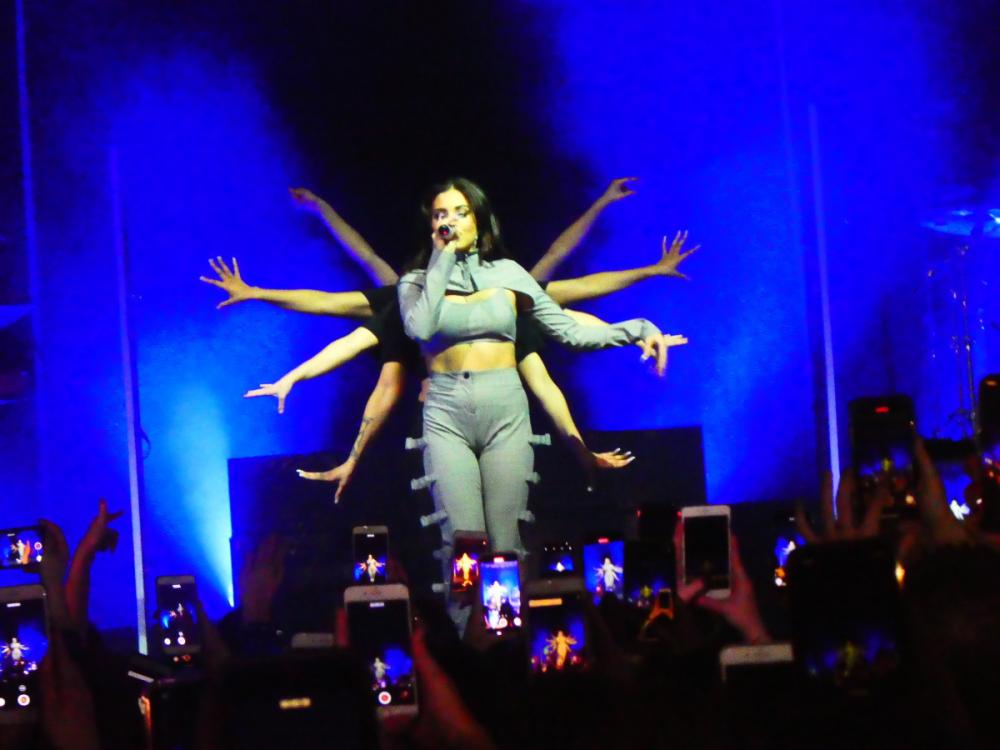 In a chart dominated by female singers who all sound similar, the likes of artists such as Mabel and Dua Lipa are refreshing in that when you hear either singer on the radio you instantly know who it is, add to that songs that are way above the competition and you are already miles ahead in the world of pop.

Mabel comes from a good musical background – her mother is Neneh Cherry and her grandfather is jazz musician Don Cherry, with her father being record producer Cameron McVey, so with music running through her family she has a good pedigree.

With a 3 piece band and 4 dancers – who were just as much part of the show as Mabel – the sold out gig was a refreshing, energetic and euphoric experience. The facial expressions of her dancers along with their movements were well executed, without them it would not have been as good.

From entering the stage from a flight of steps at the rear of the stage, the mainly female audience were treated to tracks from Mabel’s career to date, including songs off her new album, High Expectations.


Also by Graham Clark...
It’s A Good Catch At The New Catch Restaurant In LeedsNew Exhibition In Blackpool - The LightsThe Potting Shed, Guiseley - Is All In The Garden Still Rosy?Happy 90th Birthday To Bradford Live!Metallica And San Francisco Symphony - S&M2 ( Blackend Records)
With a generation who do not buy albums these days, preferring instead to listen to individual songs, it was telling to see the fans interest wane somewhat during songs that were album tracks. Though as soon as the hit songs were performed the phones were back out to record the hits.

Hits Mabel certainly has – Finders Keepers, One Shot and God is a Dancer are tracks that could only be sung by Mabel.

Never one to lack confidence on stage she looked to be enjoying the live experience, which wasn’t always evident in the past when I have seen her on the Hits Live Radio package gigs. Perhaps when the show is your own she can relax more, knowing the audience are there to see only her.

“Does anyone here like R&B?” she asks the audience. Paying homage to her inspirations she delivers a tribute to Destiny’s Child with a cover of Say My Name as her and the dancers performed a dance routine that involved set of chairs.

As the Jax Jones Ring Ring hit fuels up the energy she then delivers a storming version of Don’t Call Me Up. Going on tonight’s gig her phone is not going to stop ringing for a long time yet.