Major Rail Investment To Transform Services In The North And Midlands

The biggest ever public investment in Britain’s rail network is announced by the government today (18 November 2021), with £96 billion to deliver faster and better journeys to more people across the North and the Midlands, similar to or more quickly than under earlier plans.


Transforming connectivity, the Integrated Rail Plan (IRP) published today will transform both east to west and north to south links, building 3 new high-speed lines, improving rail services to and between the East and West Midlands, Yorkshire and the North West including:

Northern Powerhouse Rail (NPR) will connect Leeds and Manchester in 33 minutes, down from 55 minutes now
HS2 East will run direct from central Nottingham to Birmingham in 26 minutes, down from 1 hour 14 minutes now, and from central Nottingham to London in 57 minutes. HS2 will also run from London to Sheffield in 1 hour 27 minutes
HS2 West will run from London to Manchester in 1 hour 11 minutes and from Birmingham to Manchester in 41 to 51 minutes compared to 86 minutes today.

To most destinations on the HS2 and NPR core routes, both from London and across the Pennines, journey times will be the same as, similar to or faster than the previous proposals – with improvements being delivered for communities across the Midlands and North up to a decade sooner and to more places. Capacity on key routes will also double or treble under plans. 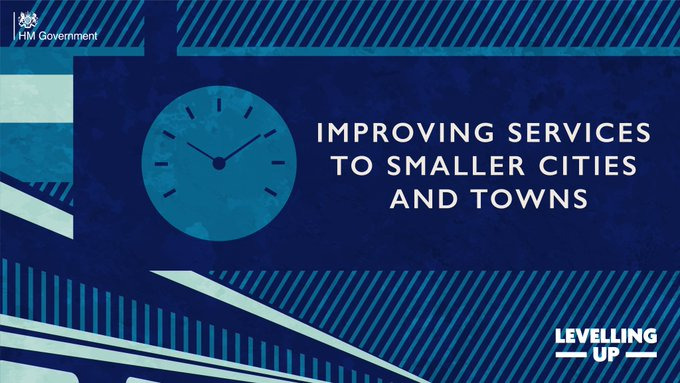 Under earlier plans, smaller towns on existing main lines such as Doncaster, Grantham, Huddersfield, Wakefield, and Leicester would have seen little improvement, and in some cases even their services cut back. The IRP will protect and improve these crucial links and will deliver improvements with far less disruption to local communities. And on both local train lines and inter-city links, rail passengers will benefit from tangible changes, seeing more seats, shorter journeys, and more frequent and more reliable services.

As well as the new high-speed lines, the IRP fully electrifies and upgrades 2 diesel main lines – the Midlands Main Line and the Transpennine Main Line – as well as upgrading a third main line – the East Coast – with higher speeds, power improvements and digital signalling to slash journey times.

Prime Minister Boris Johnson said:
"My mission is to level up opportunity across our country, which is why we’re making train journeys faster and more reliable through the biggest ever public investment in our rail network.

"This is because better rail connections are essential for growing local economies and businesses, and our Integrated Rail Plan will deliver better services to more people, more quickly.

"Levelling up has to be for everyone, not just the biggest cities. That’s why we will transform transport links between our biggest cities and smaller towns, ensuring we improve both long-distance and vital local services and enabling people to move more freely across the country wherever they are."

Transport Secretary Grant Shapps said:
"Our plan is ambitious, deliverable and backed by the largest single government investment ever made in our rail network. It will deliver punctual, frequent and reliable journeys for everyone, wherever they live.

"Just as the Victorians gave this country our railways nearly 200 years ago, this Integrated Rail Plan will create a modern, expanded railway fit for today and future generations. Significant improvements will be delivered rapidly, bringing communities closer together, creating jobs and making places more attractive to business, and in doing so, rebalancing opportunity across the country.

"Our plans go above and beyond the initial ambitions of HS2 and Northern Powerhouse Rail by delivering benefits for communities no matter their size, right across the North and Midlands, up to 10 to 15 years earlier." 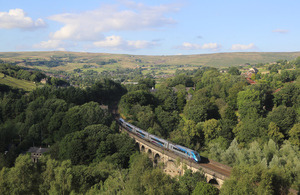 For NPR, we have chosen the first of the options put forward by Transport for the North (TfN) in 2019, a mixture of newbuild high-speed and upgraded conventional line. TfN’s options for full newbuild high-speed line were carefully studied but would have made journeys between Leeds and Manchester only 4 minutes faster at a cost of an extra £18 billion, and taken up to a decade longer to deliver.


The package of investment confirms:

Complete HS2 from Crewe to Manchester, with new stations at Manchester Airport and Manchester Piccadilly
a new high-speed line between Birmingham and East Midlands Parkway. Trains will continue to central Nottingham, Derby and Sheffield on an upgraded and electrified Midland Main Line
delivering NPR through a new high-speed line between Warrington, Manchester and Marsden in Yorkshire as in the first of the options originally put forward by TfN in 2019.
a study to look at the best way to take HS2 trains to Leeds, including capacity at Leeds Station.

The upgrading or electrification of 3 existing lines:

the complete electrification of the Midland Main Line from London to Nottingham, Derby and Sheffield.
a programme of rapid upgrades to the East Coast Main Line to the East Midlands, Yorkshire and the North East. Journey times will be up to 25 minutes faster than now
full electrification and upgrade of the Transpennine Main Line between Manchester, Leeds and York as part of delivering the first phase of NPR, installing full digital signalling, with longer sections of three- and four-tracking to allow fast trains to overtake stopping services, and increase through passenger services by 20%. An additional £625 million in new funding has been confirmed today to progress the Transpennine Route Upgrade
in total, electrification of more than 180 miles of route, meaning that 75% of the country’s main lines will be electric, to meet the ambition of removing all diesel-only trains from the network by 2040, as part of our commitment to reach Net Zero by 2050.

The freeing up of money to improve local services and integrate them properly with HS2 and NPR:

a new mass transit system for Leeds and West Yorkshire, righting the wrong that Leeds is the largest city in Western Europe without one. There will be £200 million of immediate funding to plan the project and start building it, and we commit to supporting West Yorkshire Combined Authority over the long term to ensure that this time, it gets done
separately, we could halve journey times between Bradford and Leeds, to be as low as 12 minutes
greater connectivity benefits between the West and East Midlands in comparison to previous plan and progressing work on options to complete Midlands Rail Hub, dramatically increasing local services through central Birmingham and across the Midlands and connecting them better to HS2
investment to deliver a programme of fares, ticketing and retail reform including the roll out of contactless pay-as-you-go ticketing at commuter stations in the Midlands and North, ending ticket queues and tackling confusion about fares by automatically ensuring that you are charged the best price. The government will also drive towards rolling out digital ticketing across the whole network

The new plans, using a mixture of new-build high-speed line and upgraded conventional lines, were drawn up after it became clear that the full HS2 and NPR schemes as originally proposed would have cost up to £185 billion and not entered service until the early to mid-2040s.

Building on the expert findings of wide-ranging internal and independent analysis, including from the National Infrastructure Commission, the plan will deliver better outcomes for passengers in a faster and more efficient way than under original plans for the schemes.

“The Integrated Rail Plan is a significant investment that will go some way towards modernising our ageing rail networks and can be delivered at pace.

“But businesses across the Midlands and Northern England will be justifiably disappointed to see the goalposts have moved at the eleventh hour, and concerned that some of the areas most sorely in need of development will lose out as a result of the scaled back plans.”