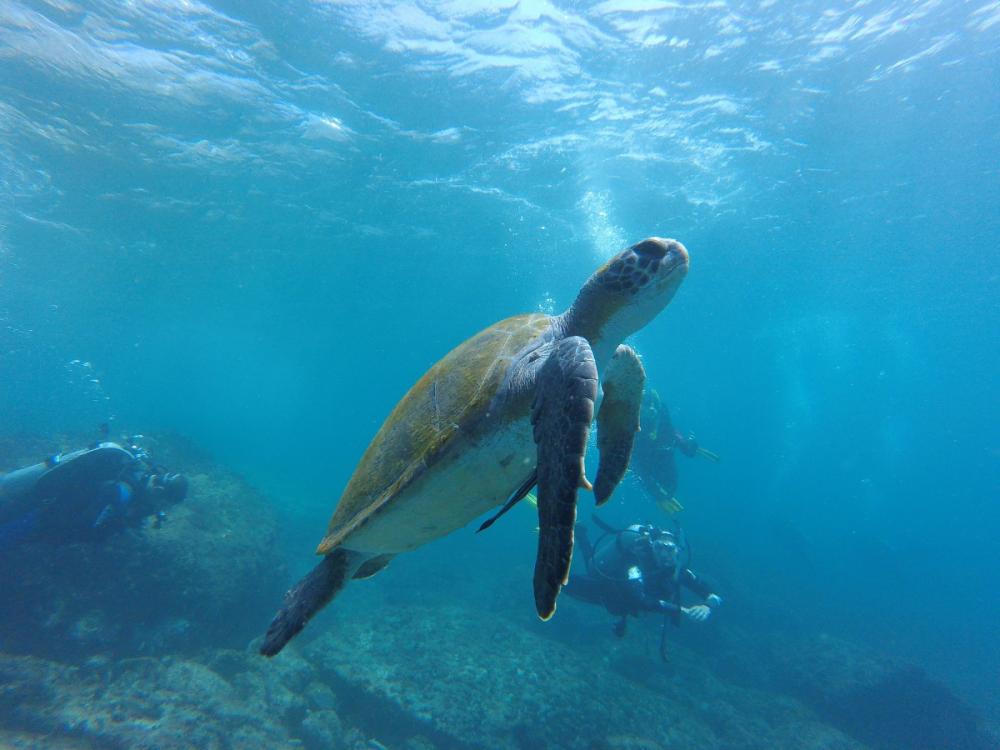 They create a world of mystery and beauty and sustain hundreds of thousands of species, but how much do your children know about the oceans which cover over two-thirds of the Earth’s surface?

Former primary school teacher Abby Milnes of education resource experts PlanBee gets under the surface and finds some fun learning activities you can do with all the family.

What is World Ocean Day about?
People all over the world can celebrate and take action for our shared oceans, which connect us all. Get together with your family and community and join with millions of others to start creating a better future for these precious resources.

What is an ocean?
A large body of saltwater which, together, cover over 70% of the Earth’s surface and are a habitat to over 200,000 known species.

The name ‘Ocean’ originates from Greek mythology. One of the elder titans, Ōkeanós [O-kay-an-AWS], was believed to be the divine personification of an enormous river that encircled the world.

Incredibly, 80% of the ocean has yet to be explored. It’s so big and deep in places that we don’t have the technology to reach them to map it out. We’ve explored more of the moon than oceans!

An ocean or a sea?
Seas are smaller and part of an ocean. They are usually partially or completely enclosed by land and can be found where an ocean meets the land.

How many?
There are five oceans. In order of size, from biggest to smallest, they are:
● Pacific
● Atlantic
● Indian
● Southern
● Arctic

Pacific: the biggest
The largest ocean, the Pacific, makes up around 47% of the world’s oceans. It is 168,723,000 km2 and has an average depth of 3,970 m. It separates the continents of Asia and Australia from North and South America. The Pacific is home to the deepest place on Earth: the Mariana Trench. This underwater trench extends more than 11,000 m – more than the height of Mt Everest (8,849 m).

Atlantic: separating the Americas
The Atlantic has an area of 85,133,000 km2 and makes up around 23% of the world’s oceans. It separates the Americas from Europe and Africa. Leif Erikson, a Norse explorer who lived 970-1020 AD is remembered as the first ‘European’ to reach North America more than 500 years before Christopher Columbus.

Indian: the warmest
The Indian Ocean is around 20% of the world’s ocean area at 70,560,000 km2. It is the body of water that borders southern Asia and separates the continents of Africa and Australia. It is the warmest of the oceans, which means that species such as phytoplankton (a key food source for many marine animals) find it difficult to grow in most areas.

Southern: where icebergs abound
The Southern Ocean encircles Antarctica. It’s relatively small in comparison to the oceans, making up only 6% of the world’s oceans (21,960,000 km2). Its cold temperatures mean that icebergs are common and can be hundreds of metres high! The Southern Ocean is home to the world’s largest invertebrate: the giant squid. This massive creature can grow up to 15 m in length!

Arctic: heating up
The Arctic Ocean is the smallest ocean, making up only 4% of the world’s ocean area. It is 15,558,000 km2 and covers the Arctic. The Arctic Ocean derives its name from the word 'arktos' which means 'bear' in Greek. The Arctic Ocean is home to whales, walruses, polar bears and seals. The Arctic region is an area of concern for climate change studies. It’s currently warming twice as fast as the rest of the planet, melting the ice caps. This is concerning as it can change the amounts of freshwater entering the ocean and affects the ocean current patterns which many climates around the world rely on. 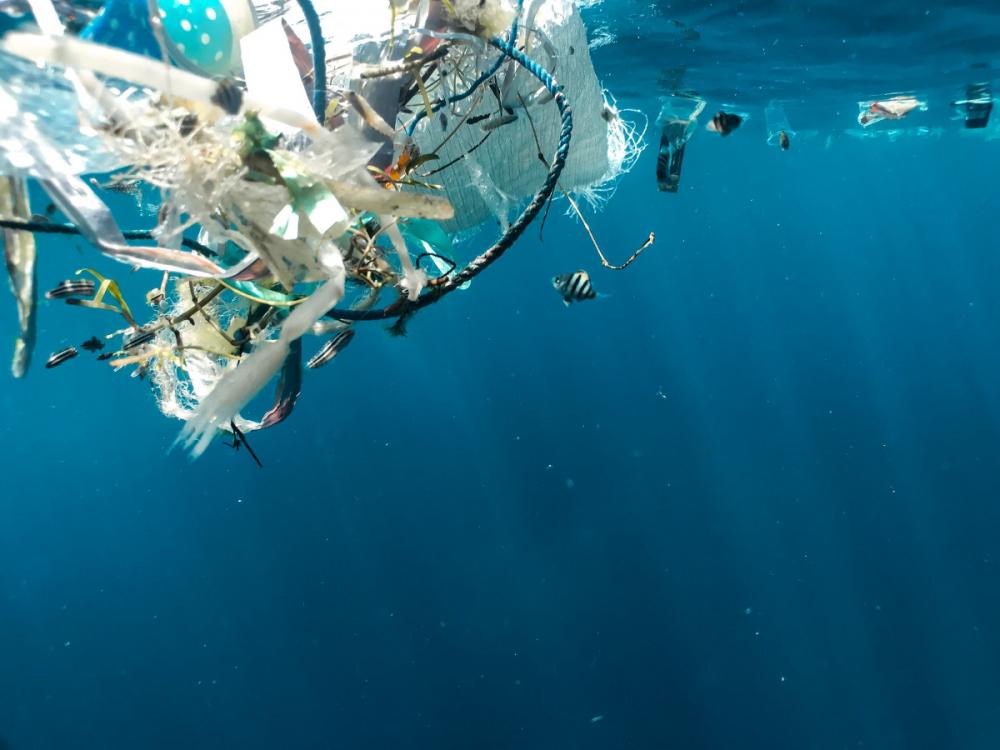 Get to work on plastic pollution
Plastic waste pollution is one of the biggest threats to our oceans. Tonnes of plastic gets dumped into the ocean every day, harming wildlife and destroying the beauty of these important habitats.

Investigate the plastic you use on a daily basis. How many plastic objects can you spot in your bedroom? In your classroom? How many of these are single-use plastics? These are plastics that we use once and then throw away such as a plastic bottle or some packaging.

Can you find any alternatives to these plastics? Are you disposing of them in a responsible way?

Use water responsibly
Investigate the role our oceans play in the water cycle and how the water can travel from the ocean, to rivers and lakes, to our taps!

Think carefully about how you use water. Are you being wasteful or responsible? Design a poster to help you, your family or your school to think about how they can save water.

All hands on deck to find some nautical words
Many nations with an ocean or sea border have a strong history of nautical (sea-faring) trade, exploration and military power. Sailors would spend most of their lives at sea, sometimes for months at a time. During this time, they would often adopt their own words for things and some of our language has adopted these into everyday sayings.


Whale for the ocean - credit https://no-en.design
For example:
● ‘All hands on deck’ means to prepare for action or to get into position for a task.
● ‘Bite the bullet’ During a painful medical procedure a sailor was given a hard object, such as a bullet to bite down on to help them handle the pain. Now we use this saying to describe someone bravely facing up to something unpleasant.
● ‘Isn’t enough room to swing a cat’ Sailors would be punished using a whip called a ‘Cat O’ Nine Tails’. In cramped conditions, there wasn’t enough room to swing the whip or ‘Cat’. Now we use this saying to describe a cramped space.
● ‘Let the cat out of the bag’ Is used today to describe when someone has said something that will result in them, or someone else, being punished. The cat being let out of the bag used to mean the whip (Cat O’ Nine Tails) that was used to punish sailors.
● ‘Feeling under the weather’ Rough seas such as those that may happen during a storm would cause people aboard ships to feel unwell. Often they were instructed to go below decks or ‘under the weather’ where the rocking wouldn’t be as bad. Today we use this to describe someone who isn’t feeling well.
● ‘Showing your true colours’ Ships at sea would fly a flag or ‘colours’ to identify themselves and the country they belonged to. Sometimes, in an attempt to deceive other ships, they would fly a different flag right up until the last moment where they would ‘show their true colours’. Now we use this saying to describe someone who has revealed their true nature or intentions.
● ‘Whole nine yards’ Today this means to do everything you can to achieve a goal. Some old ships had three masts with three yards of sails on each. Letting every sail out (nine yards) would give them all the power they had.

Making sure plastic and other waste end up in the right place
If you’d like to get involved in litter picking or beach cleaning, make sure you’re safe and wear protective gloves. Who else can you get involved?

You could create a piece of artwork out of some of the plastic you find. Just make sure it’s washed first!

Get creative!
Try writing a poem or short story about the ocean. What about creating a beautiful painting or picture? Many authors, artists and poets have taken inspiration from the beauty of the ocean and its unique setting.

Read an Ocean-themed book
Can you think of any books you’ve read recently that are about or have had the ocean in them? Would you recommend any of them to a friend?


Check out some of these:
Shark Lady by Jess Keating
Somebody Swallowed Stanley by Sarah Roberts
The Oceans Explored Series by Claudia Martin
Where's the starfish? By Barroux