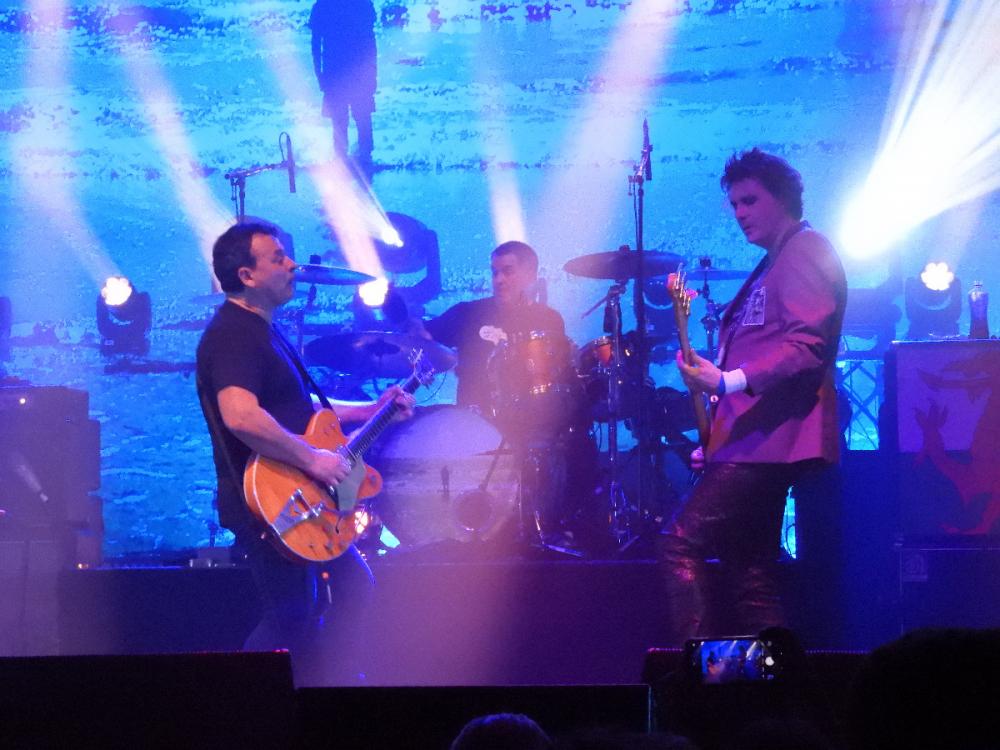 Nicky Wire, bass player in Manic Street Preachers recalls when the band played the Duchess of York in Leeds in 1991; some of the fans shouted out they were there, for a band to still have the same fans on board 30 years later it has to be a bit special.

Returning to the Leeds 02 Academy in what seems an eternity, Manic Street Preachers played another storming set. Wire went on to remember guitarist and lyricist Richey Edwards who disappeared in 1995 and was presumed dead. The spirit of Edwards still lives on in the band even to this day. 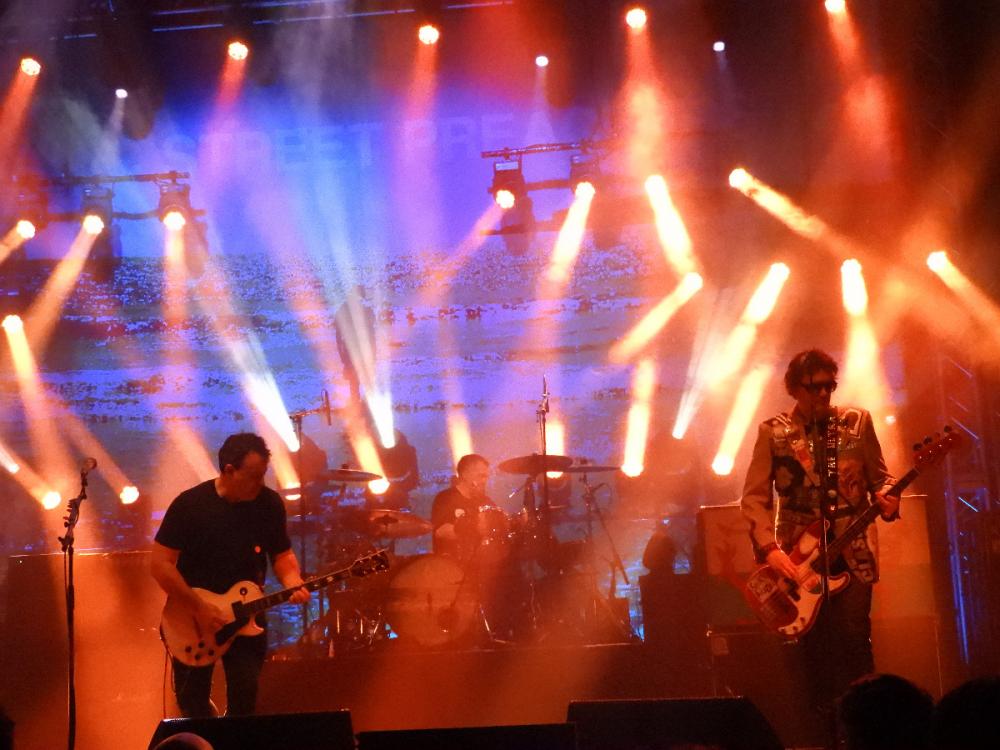 The Manic’s new album The Ultra Vivid Lament sees the band embracing their pop sensibilities, though when you have a back catalogue as strong as theirs deciding which songs to leave out and which ones to feature from the new album must be a problem.

Motorcycle Emptiness was as good a place as any to start up an enthralling performance, though as Orwellian - a track off the new album followed, it was evident how the band are still evolving.

You Stole The Sun From My Heart hit a high spot whilst the melodic twist of If You Tolerate This Your Children Will Be Next demonstrated that the Manic’s were always able to write radio friendly songs.

Singer and guitarist James Dean Bradfield is almost distracted by the shouting out from the fans as he tried to perform an acoustic version of La Tristesse Durea (Scream To A Sigh). 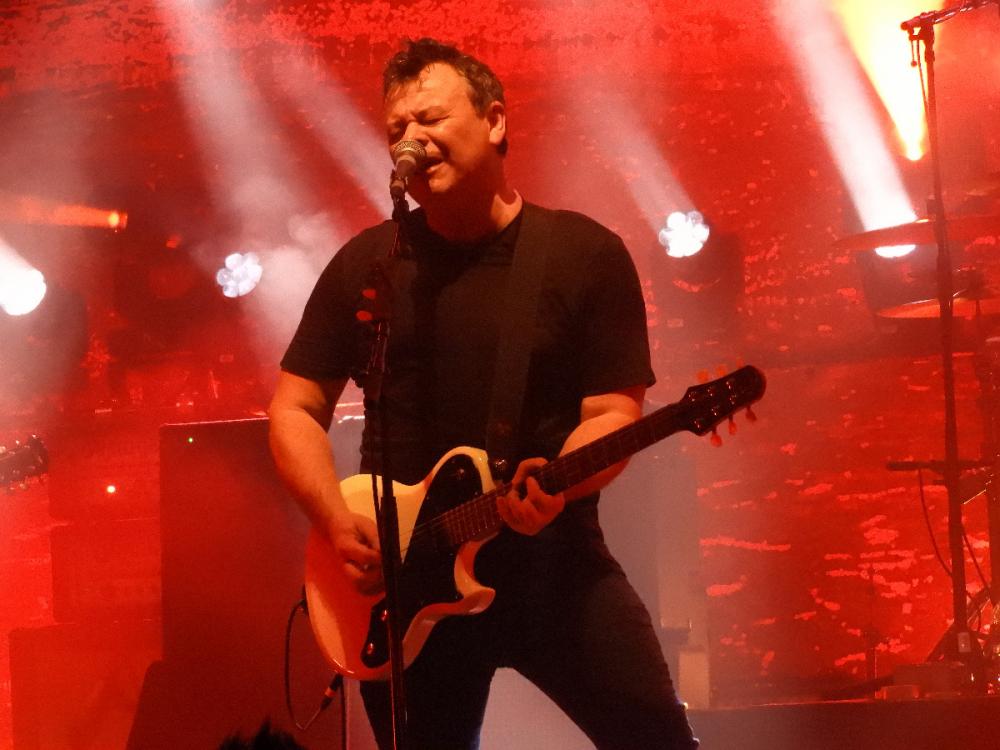 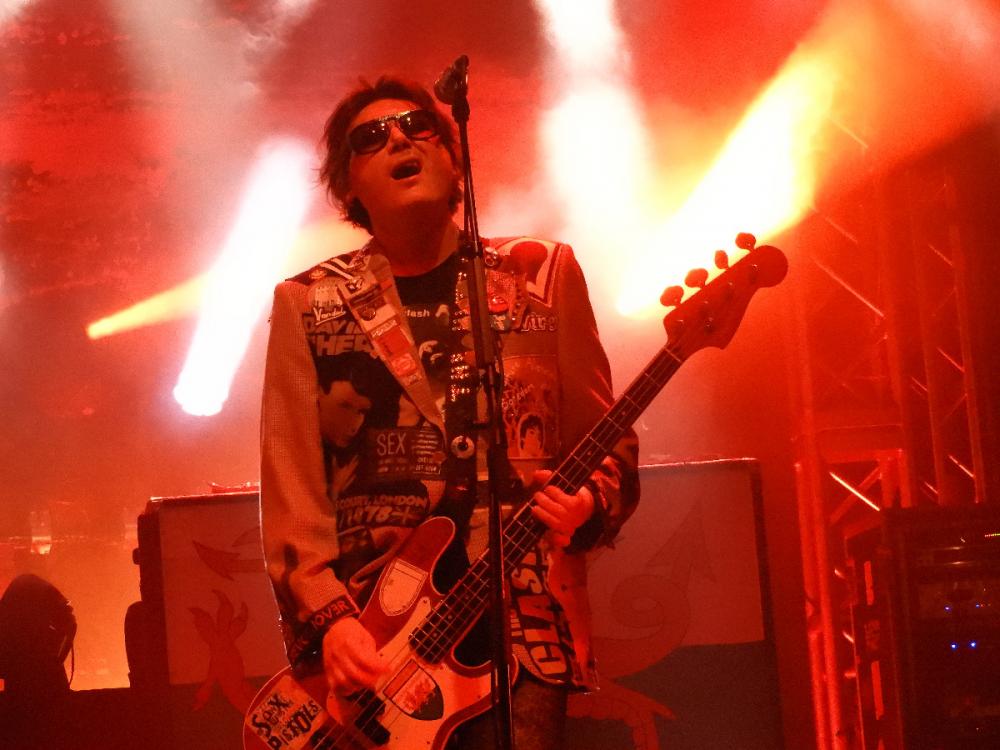 Nicky Wire
Why the band choose to sing a cover of the Guns an’ Roses classic, Sweet Child o’ Mine I’m not sure, it was definitely unexpected but then that’s what makes the band different.

As the gig moved up into fifth gear Wire jumps up and down like it’s 1977 whilst Bradfield cavorts around the stage in wild abandon during the uplifting and energetic You Love Us.

With them keeping to their no encore stance it was A Design For Life which closed a rousing set. No encore was needed as the Manic’s had made their mark and 30 years on from that first Leeds performance they still rock.
Also by Graham Clark...
School Of Rock – In A Class Of It’s Own At The Alhambra, BradfordLevel 42 - Levelling Up In York But Johnny Still Hates JazzJarrod Lawson - Leads The Change In LeedsBreak For The Border - The Scottish BordersAlbum Review: Coldplay – Music of the Spheres