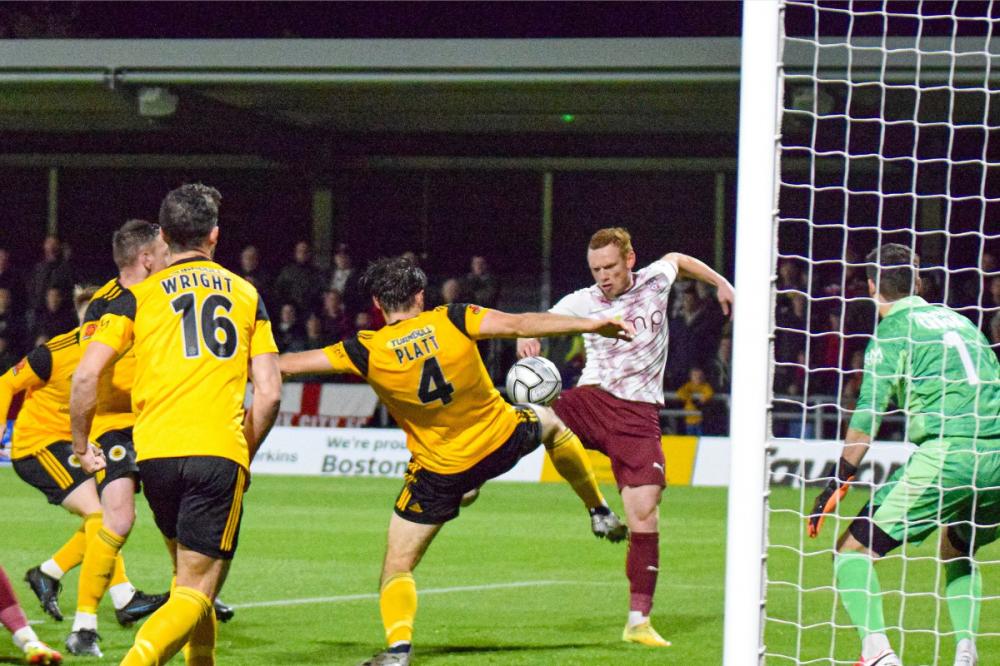 City fell to defeat under the lights at the Jakemans Community Stadium with two Boston penalties securing the win for the home side.

Another huge game in the league beckoned as York City prepared to face Boston United, who had had a similar season to The Minstermen. Both teams came off the back of a 1-0 win, and it was set up to be a very close game between the sides. The lineup for the visitors included Sam Fielding and Mackenzie Heaney returning for City’s 10th game of the season. Also to note, former York men Jordan Burrow and Tom Platt started for Boston.

It only took nine minutes for the home side to be given their first chance which was an opportunity from the penalty spot gifted to them by Clayton Donaldson who brought a Boston man down following a corner. Danny Elliott stepped up to put them 1-0 up in the game. 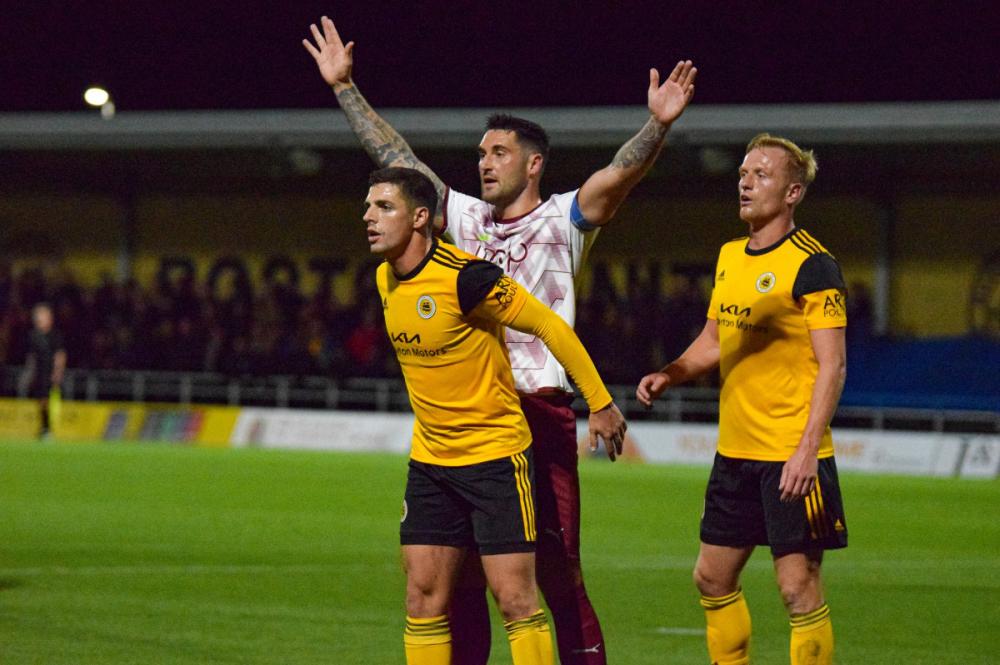 However, Donaldson redeemed himself minutes later, claiming the assist for Michael Wood’s equaliser. The equaliser came from ‘The Don’s long throw, Woods turning it home after a flick on from close range to level the score.

It should have been 2-1 to York not too long after, when Mackenzie Heaney made a run down the wing, followed by a great cross into the box which found Mark Beck whose on-target header was deflected wide.

Things got heated towards the end of the half with three yellow cards being shown between the teams in the final five minutes. That signalled the end to an entertaining first half with the teams all square.

City began the second half on a high, Heaney with another good delivery which was almost turned into his own net by Boston’s Jake Wright Snr. However, Boston also had an early chance in the second half, Fraser Preston forcing Pete Jameson into his first save of the match.

Star man Kurt Willoughby, who was a half time sub, had a great effort with half an hour left to play, whose curling strike was denied by a diving Peter Crook in the Boston goal. 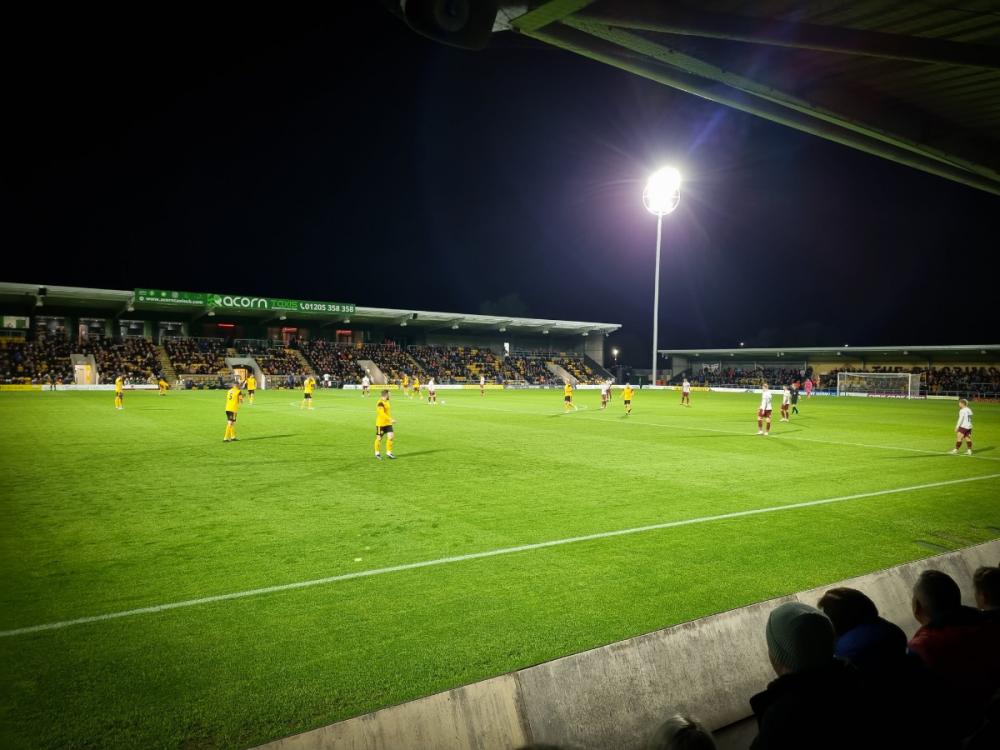 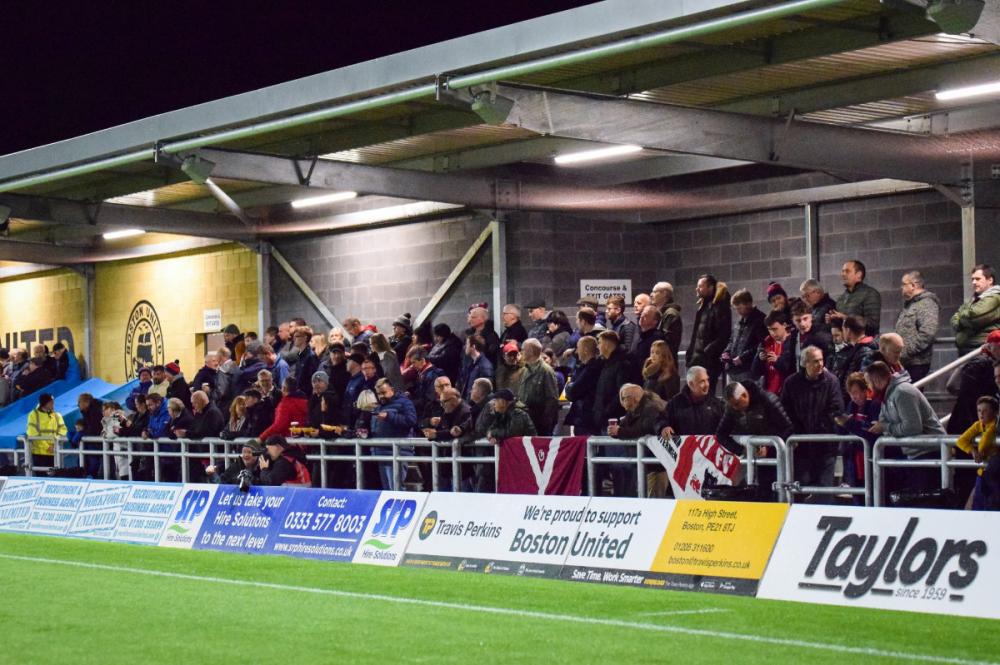 A quieter period was followed by a crucial moment in the match - yet another penalty for The Pilgrims! With less than 10 minutes left on the clock, the former York man Jake Wright Jnr was brought down by captain Matty Brown resulting in a second spot kick. Shane Byrne put the penalty away and sent Jameson the wrong way to give the hosts the lead for the second time in the game.

A late chance to equalise once again, fell to York’s Heaney after Mark Beck headed the ball down but he could only curl the ball over the crossbar, leaving City defeated in an eventful match at the Jakemans Community Stadium. The result means The Minstermen are now out of the playoff places after ten games played. On Saturday, City will look to get back to winning ways when they entertain Blyth Spartans at the LNER Community Stadium (3pm kickoff).