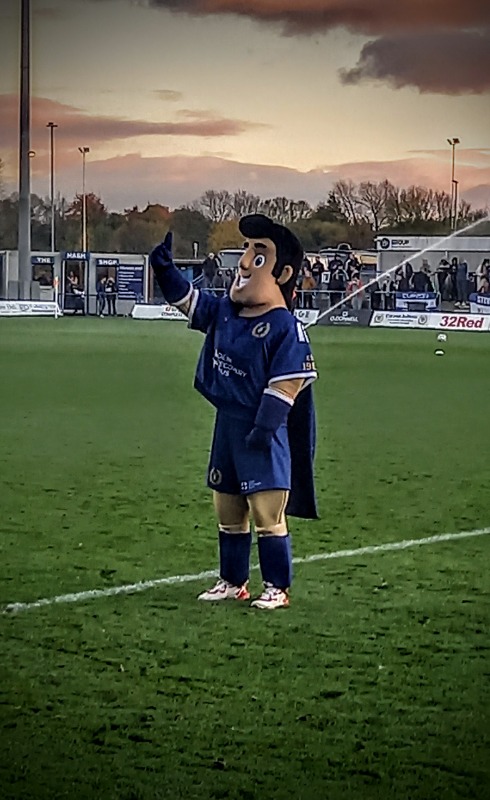 York City earned only a point on the road to Curzon Ashton in a goalless draw, despite smashing the crossbar twice.

After losing two consecutive matches, York were faced with a difficult match away to Curzon Ashton. In the eight matchups between the two clubs, City have only ever come out on top once with Curzon winning in four of them. Two points separated The Nash in 7th and York City in 10th beforehand, so a win would take The Minstermen above their opponents.

Two minutes into the second half, the ball was almost turned into the Curzon net, by one of their own players!
New City loanee from Bolton, Adam Senior made his debut for The Minstermen at right back, however Curzon fielded two new signings in Nyal Bell and Matthew Rain, hoping to record yet another win against their opponents. 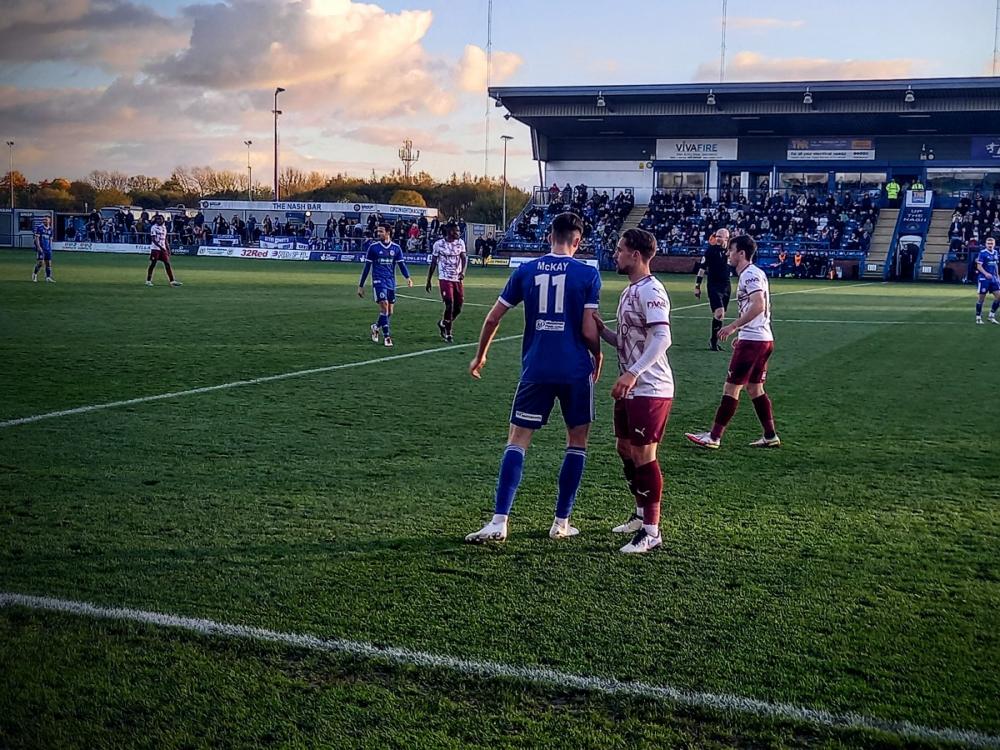 Within the opening 10 minutes, York had already hit the woodwork twice! Breaking forward, Paddy McLaughlin laid the ball off to Clayton Donaldson who worked his way around the Curzon defenders, before forcing Renshaw to tip onto the bar. The resulting corner came out to debutant Adam Senior who struck it against the bar yet again. 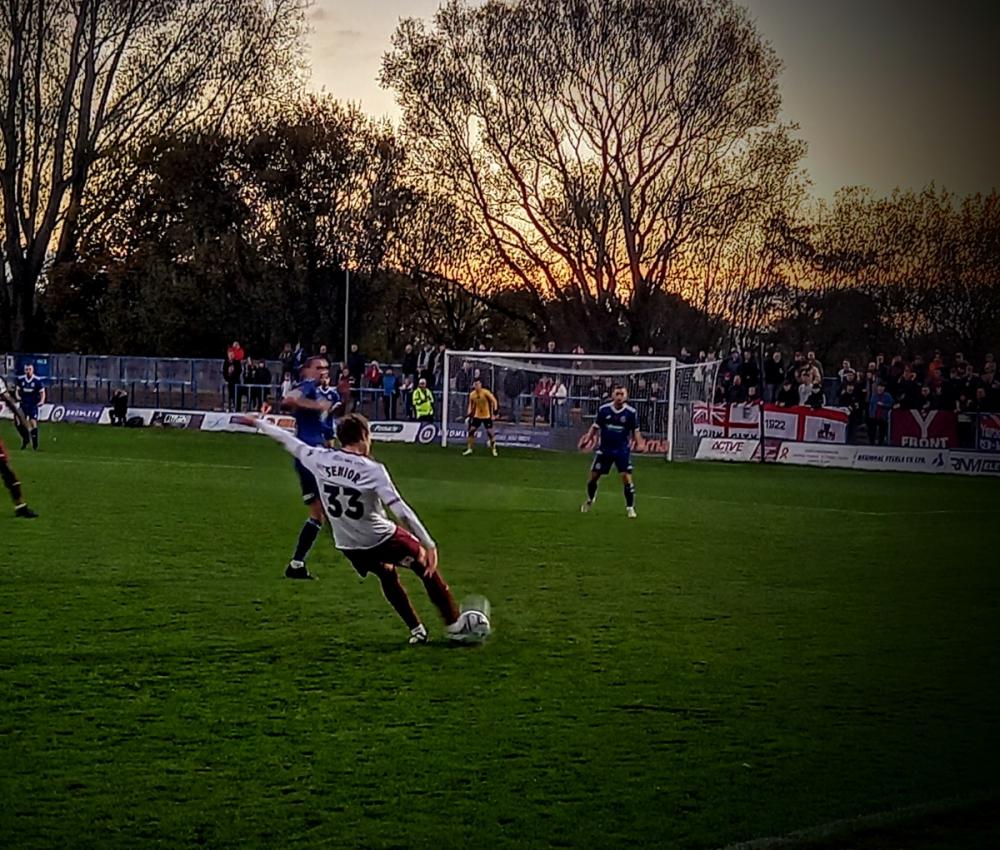 In a quiet first half, the only other chance came to Paddy McLaughlin when the Curzon 'keeper had to dive low to stop his goal bound shot before holding onto McLaughlin's rebound.

Two minutes into the second half, the ball was almost turned into the Curzon net, by one of their own players! A long throw from Donaldson almost ended in embarrassment for a home defender as he headed almost into an open net, but fortunately for him, it went across the goal, where Mark Beck was waiting but his shot ended up in the side netting.

With their first real chance of the game, The Nash found their way past York's defence as Wilson was faced with a one on one with Jameson, who got his hand to the ball but couldn't hold onto it. Then there was a scramble in the area leaving McKay able to pass into an empty net however, the lineswoman pulled it back for offside. 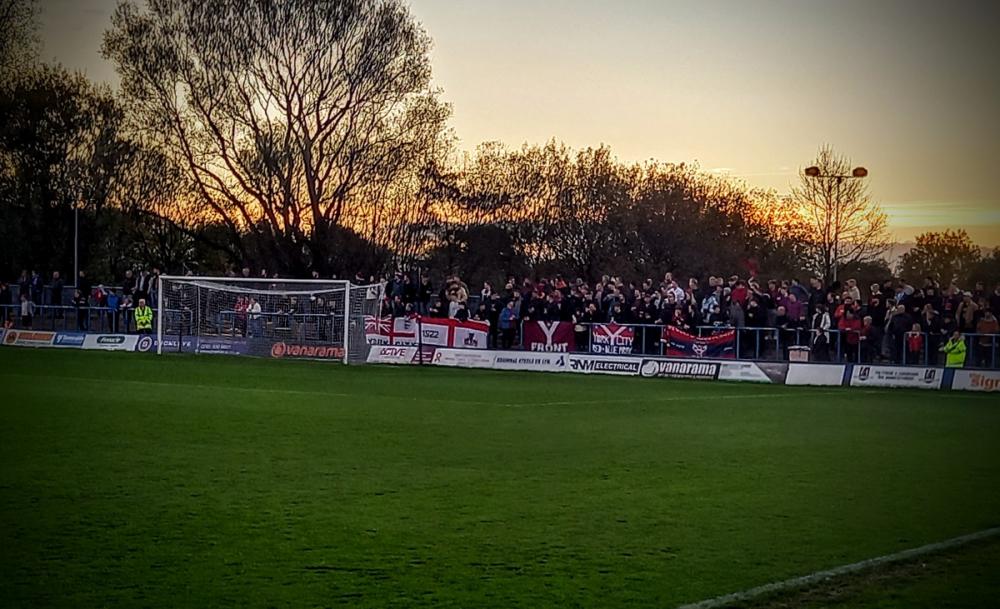 The match ended all square with neither team scoring and York City picking up a point on the road, and a first draw of the season. This leaves the Minstermen in 11th place, but still just 2 points away from the playoffs. A win could potentially achieve a playoff spot next week, when City play host to Kettering Town at the LNER Community Stadium (KO 15:00).

York City manager Steve Watson seemed frustrated at only a draw: "The way the game panned out I'm very disappointed we didn't win."