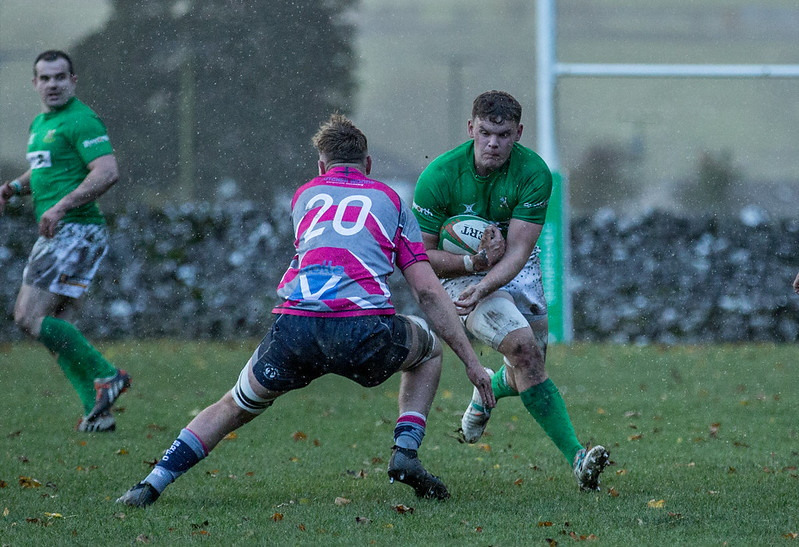 photo by Ro Burridge
Dale matched Hull in the 1st half and a penalty on the stroke of half-time left Dale trailing by a mere 2 points when they went in for light refreshments. The second half was a totally different story. Hull ran in 5 tries and Dale struggled to get any meaningful possession.

The game started with the visitors getting good ball in meaningful territory and they came close to scoring on more than one occasion. Dale could have taken the lead but a penalty kick after 14 minutes was sent wide. Rian Hamilton took the 22 drop out and a great run and support from Sam Gaudie took play back into Hull’s 22.

The promising play came to nothing as Hull were awarded a penalty at the scrum in their own 22 and worked their way down field. More penalties followed and Hull eventually had an attacking 5 metre line out. A successful catch and drive was rewarded with a try by prop, Ben Boothman, to open the scoring with an unconverted try. 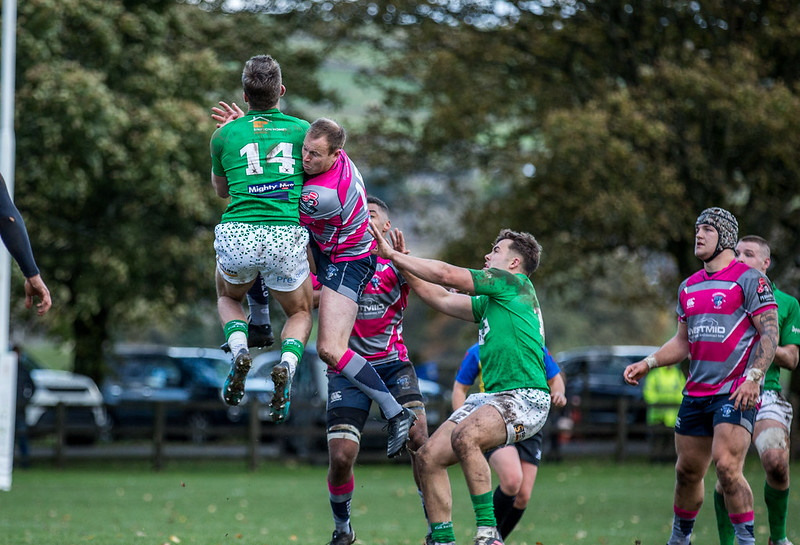 photo by Ro Burridge
Hull’s exit from the restart was poor and Dale had a line out in good field position. Two phases later a penalty was awarded and a quick tap saw some cynical play from Hull which was greeted by a yellow card.

Tom Davidson sent the touch kick close to the line. The attack looked as though it had broken down but Hull gifted the ball back to Dale who made the most of a broken field. Dale quickly moved right and Hamilton was fed with ball. The winger showed fantastic skill by beating 2 players inside the 5-metre line to burst down the wing to score. The conversion missed but the scores were now level.

Sadly, parity did not last for long. Hull went through 11 phases after the restart and with a penalty they were again camped on Dale’s line. The visitors stole the ball and cleared the ball up to half way.

Hull’s winger then mesmerised Dale players and he weaved his way into the visitor's 22. Three phases later good pressure and handling led to a second Hull try, by William Hall, again unconverted. The Davidson penalty ended a good competitive 40 minutes of rugby.

Hull scored a further 5 tries in the second half to notch up a convincing win. Dale never gave up and kept trying to play rugby with a meagre amount of possession, and to their credit the match finished with Dale on the attack in Hull’s 22. 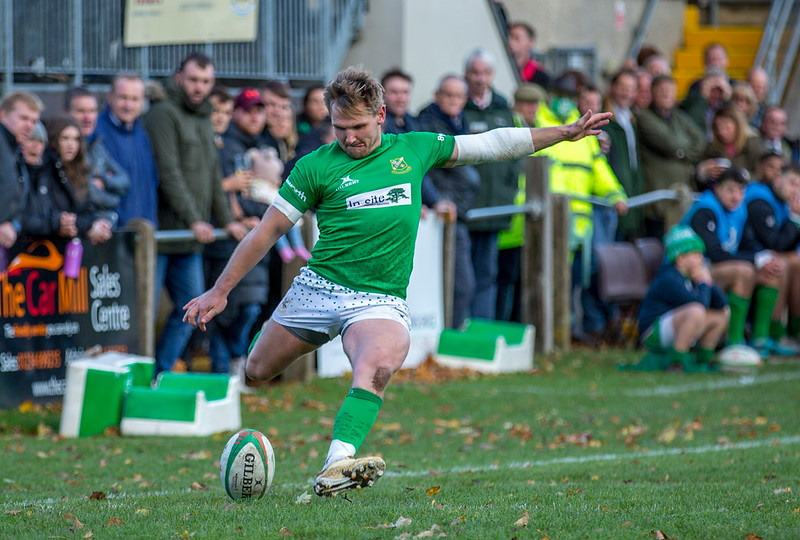 photo by Ro Burridge
Hull played some attractive rugby. They did win the battle up front and had good domination at the set piece but they also moved the ball around and used their backs to good effect.

Some tries were the result of training ground work. The first try in the second half, for example, came from a 5 metre scrum. The scrum half and a flanker moved right, then the number 8 picked the ball up and moved left to set up Stephen Johnson for a well worked try. Reece Dean added the conversion. 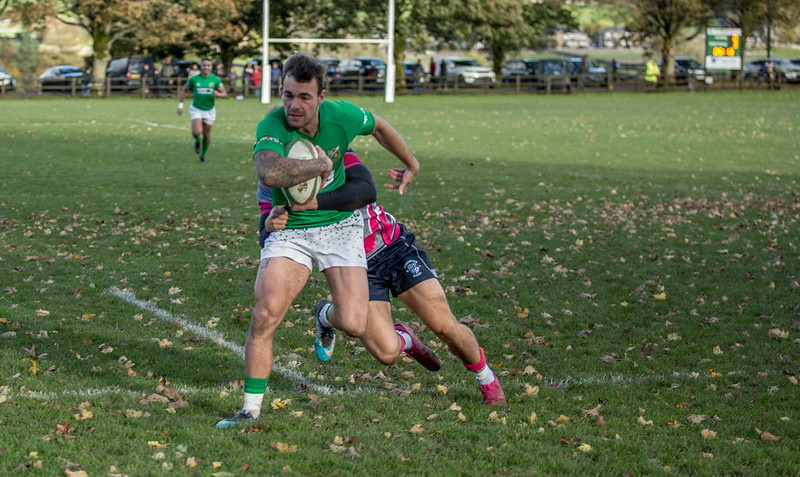 A difficult day for the Green Machine but they were still cheered off the pitch by a good representation of the travelling faithful who made up c50% of the small crowd.